Drag Race finally made its way over to the UK back in 2019 after years of fun, cattiness and incredible runways in the US – two queens tell us exactly what it’s like.

And there’s absolutely no sign of fans’ excitement for the series slowing down anytime soon, with the fourth set to air later this year, as well as the new UK vs The World spin-off debuting earlier in 2022.

If they’re not coming up with new pop classics (Bing Bang Bong, anyone?), the cream of the crop of Brit queens are delivering hilariously memorable Snatch Game performances to Lorraine Kelly and the GC herself, Gemma Collins.

But what actually happens behind the scenes of the biggest competition in UK drag?

We spoke to season one finalist Divina De Campo and season three’s Victoria Scone, the franchise’s first-ever cis female queen, to give us the complete lowdown.

Runways were sent to hopefuls in advance 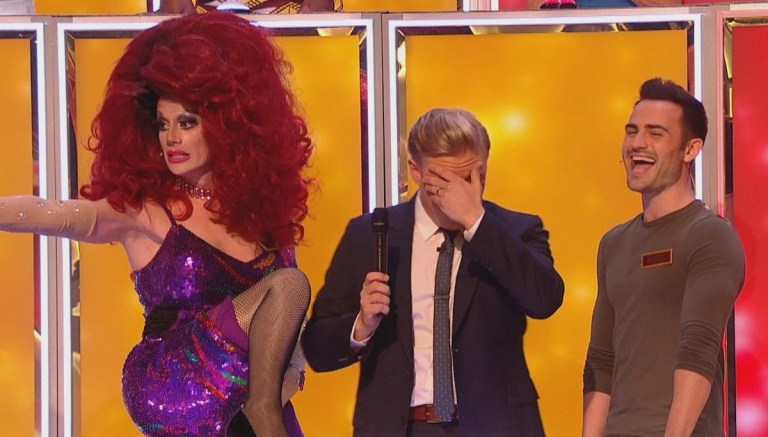 Divina appeared in BBC One’s All Together Now shortly before her Drag Race stint (Picture: BBC)

It was even more difficult in lockdown for Victoria and her fellow queens to get their runway outfits sorted: ’When it came to sourcing fabrics and getting seamstresses and designers on board when you can’t tell them what it’s for and you can’t explain the severity of the situation, why you need this outfit at a certain point in the middle of a lockdown when no one is working… you can hope that they can get on board but without categorically telling them what it’s for!

‘I was desperate for [the fact I was cast on Drag Race UK] not to get out. I didn’t want anyone to have an inkling.

‘It wasn’t even just that it was exciting for me, but [I was] obviously a [show] first and it was a big deal. It was tricky trying to get people to make things, and on time in a lockdown when Royal Mail and the parcel services were not at peak performance.’

The show is notoriously secretive, meaning there were strict rules about how the queens could socialise outside the werkroom.

‘There were a couple of Sundays where we were off but they made sure that we weren’t altogether,’ Divina explained.

‘We were filming in London, so we could go out shopping in London, but we had to be in twos or threes. It couldn’t be all six or seven of us just in case somebody saw all of us all together. And went, “They’re in Drag Race,” they would work out. But they were nice days.’

Victoria urged others to trailblaze in the competition, noting drag kings’ probably don’t apply’ because they don’t think they’d be selected.

‘I thought the same thing,’ she admitted. ‘I didn’t apply for season one or two because I thought “Well, there’s no point in applying, but hopefully now they will apply and more different gendered people will apply.

‘If the producers and the casting team aren’t given the applications by us aren’t seeing the videos, how exactly are they going to cast us? We need to apply, we need to absolutely bombard them with incredibly talented, different gendered performances. Then they can’t not cast us, because we’re so amazing.’

https://www.instagram.com/reel/CYKQqVchprC/?utm_source=ig_web_copy_link
No watches are allowed to be worn

When chatting about what time the queens would start getting ready, Divina struggled to recall timings due to watches being banned from the process, in order not to disrupt the magic of TV.

She said: ‘I don’t know exactly [when the runway started], because you’re not to have a watch either so you don’t know what time it is Also, if [a watch] is caught on camera, people at home are going, “Well that watch said it was four o clock, and now it’s two o’clock!”’

The contestants receive ongoing support after the show ends

The pair both praised the BBC’s fantastic aftercare while reminiscing about their time on the programme.

‘We get psychologists, I have their number and we just talk all the time still. We were really looked after both physically and mentally afterwards,’ Victoria said.

What you see of Ru… is what everyone gets

‘The interaction that you get with RuPaul is what everybody sees at home. So, you know, that is pretty much exactly as it is,’ the Yorkshire queen commented.

‘In terms of [the judges] coming backstage or whatever, that doesn’t really happen. On our series, Geri [Horner] came back and spoke to Sum Ting Wong, which was lovely but the rest of us didn’t get to see her or meet her, but I that that’s kind of the way that it should be.’

The queen handlers are an actual godsend

Victoria devastatingly had to withdraw in week two (Picture: BBC)

Fans may remember Victoria sadly withdrew from the competition early on after she partially tore her ACL. This occurred when the queens were filming in Covid bubbles.

But she said the support from those working on the show was ‘so loving’ after her premature exit, sharing: ‘I had medical attention when the injury initially happened and the queen handlers that look after you in the hotels were just so, so lovely. They’re like a group of mummies, parents looking after you.

‘They went to get McDonald’s for me and I had all the hot water bottles I could need and they made sure it was elevated and had bath bombs. It is honestly quite nice to look back and talk about it. It’s quite emotional because I don’t think the queen handlers get enough credit for putting up with a bunch of absolutely crazy people because drag queens are crazy!

‘They’re so, so loving and caring and they just do the best job and I was really thoroughly looked after,’ she told us.

The queens are given ‘strict’ instructions on how to act between moments on and off camera, according to Divina.

She said: ‘When they’re not filming, or having to change cameras, or they’re resetting, then you’re not supposed to be talking to each other.

‘They can be quite strict about that, you don’t talk when cameras aren’t on.’

There’s quite a lot of time in between filming different parts of the competition, some of which is given to the queens to get important conversation points across. 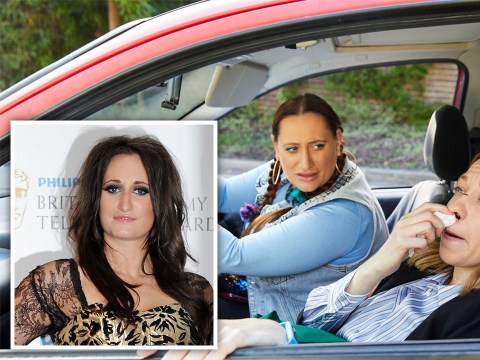 The Other One: Lauren Socha admits she ‘does the same stuff’ as eccentric character Cat 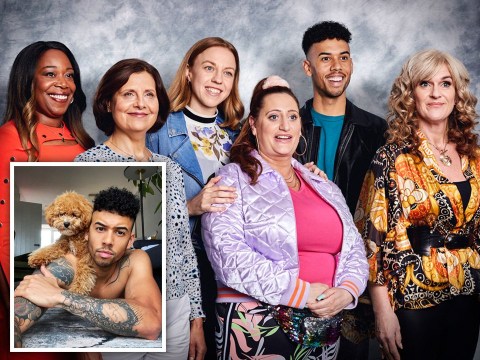 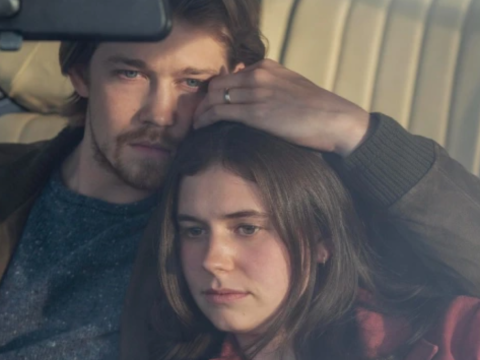 Conversations With Friends first look: Alison Oliver one to watch in sizzling adaptation 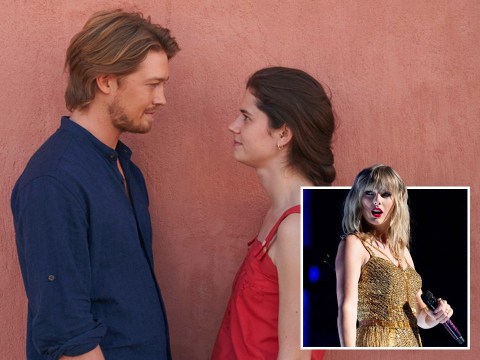 Divina said of producers: ‘They already know some of your background and they might prod you in a certain direction, to talk about this issue or that issue or whatever.

‘In my year, there wasn’t much of that, because we’re all such chatty Cathy’s that they didn’t need to. But I know on a lot of other series, they have had to do that.’

Drag Race UK can be streamed in full on BBC iPlayer now.

MORE : Ant and Dec surprised by ‘mind-blowing’ reaction to trailblazing drag number: ‘That was something we hadn’t really catered for’