Max Verstappen beat Lewis Hamilton in the inaugural 17-lap Sprint at Silverstone, with the Dutchman increasing his world championship lead to 33 points.

The Sprint determines the starting places for Sunday’s race and aims to create more excitement over the weekend.

On an historic weekend at the British Grand Prix, Sportsmail’s NATHAN SALT takes you through some of the main talking points away from the track. 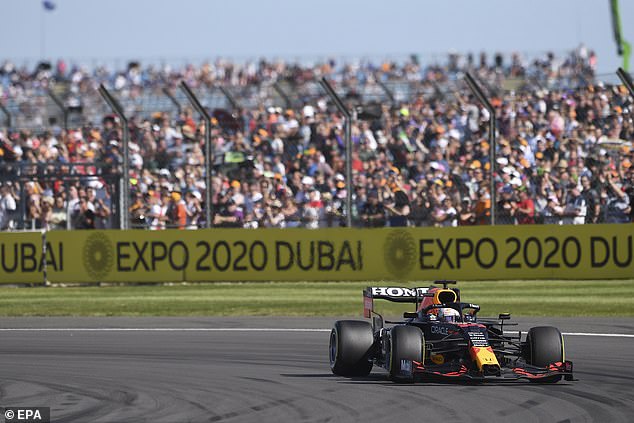 For as much as F1 is trying to look to the future, there was also a nod to the past as fans were wowed at a stunning street art mural in tribute to the late Murray Walker.

The legendary commentator’s face, as well as his famous line ‘excuse me while I interrupt myself’, is featured on the winner’s trophy for today’s race. 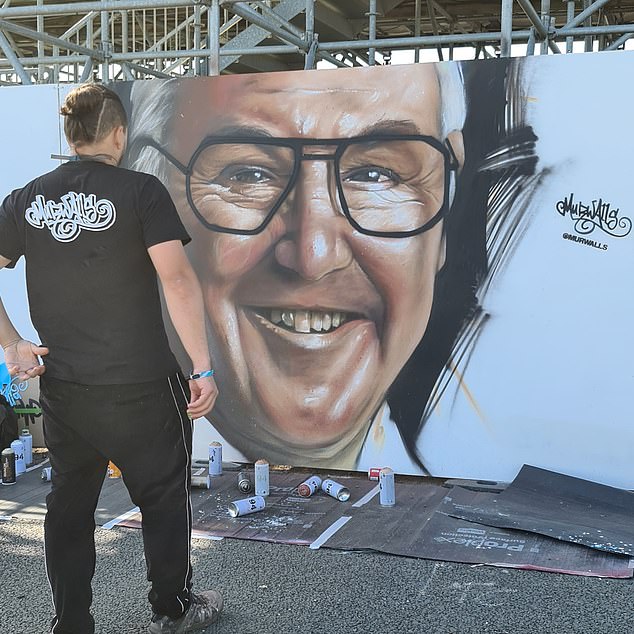 Stars will fill up the paddock on Sunday with Hollywood star Tom Cruise the pick of the bunch.

The Mission Impossible actor is heading to Silverstone as a guest of Mercedes and he will get to see the work of Lewis Hamilton and Valtteri Bottas close-up.

Fellow actor Harrison Ford, of Indiana Jones fame, is en route while popular rapper Stormzy will also be soaking up the sun at the former airfield for this sell-out Grand Prix.

Helmet changes are all the rage this weekend, but few have struck a chord quite like McLaren’s Lando Norris.

The 21-year-old’s helmet features dozens of thank you messages from fans for healthcare workers who have been central to fighting Covid-19. The helmet will be raffled off after the GP for mental health charity Our Frontline.

For a few hours here it felt like the pandemic was nothing more than a hazy memory. There were 100,000 packed into the stands and Sunday’s race will welcome 140,000 in the biggest sporting event since the pandemic began.

The sell-out crowd has provided a reminder, if anyone needed one, about how soulless sport had become without them. 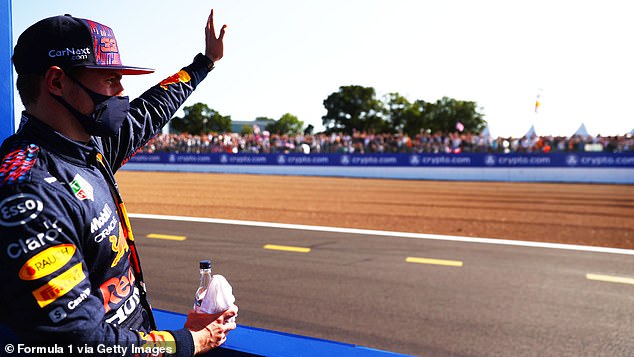 The Sprint was doing so much right until it came to the parade lap where, stood on a moving lorry, Verstappen was presented with a winners’ wreath.

It was the first time since Alain Prost at the 1985 Italian Grand Prix that a driver donned the leaves. Prost looked great, Verstappen did not. 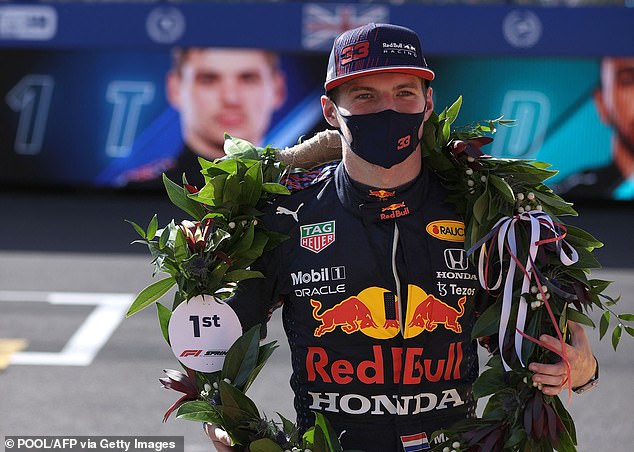