Adele has shared a candid snap of herself and boyfriend Rich Paul enjoying a romantic date in McDonald’s on Valentine’s day before packing on the PDA.

The songwriter, 34, worth an astonishing £130million beamed in the Instagram picture that she posted on Wednesday as she got behind the counter and served the sports agent, 40, a low-cost meal.

Adele cut a low-key figure in a blue denim shirt and cap while the staff cheered her on and Rich – worth £100million, waited for his meal. 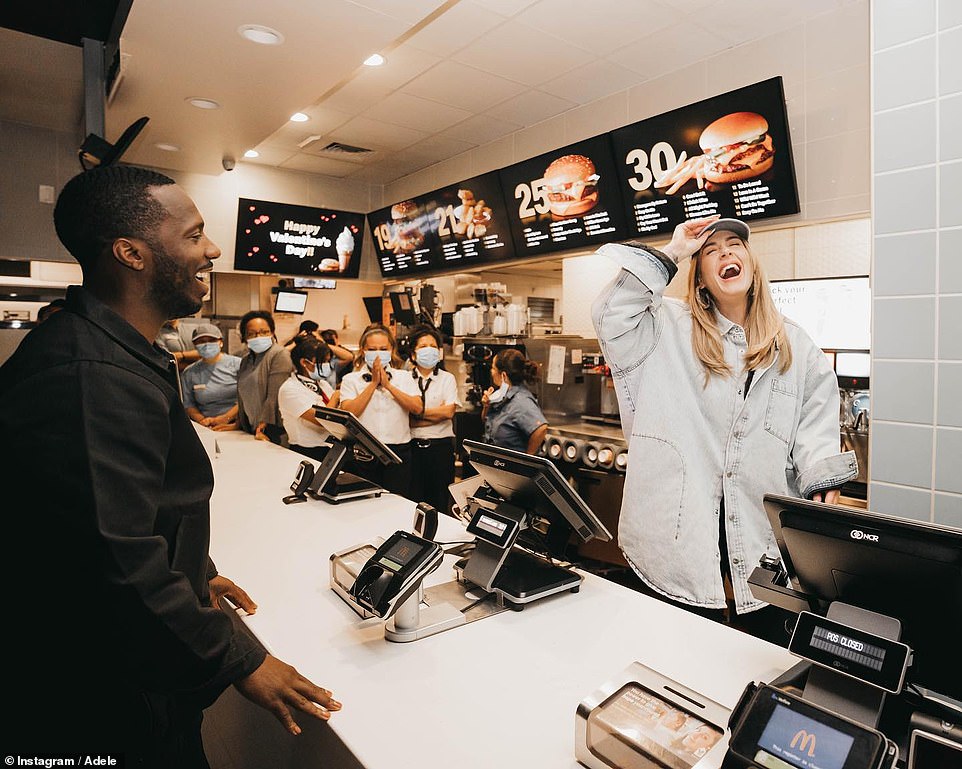 Beaming: Adele has shared a candid snap of herself serving boyfriend Rich Paul a romantic Valentine’s meal in McDonald’s – as she got behind the counter – despite their joint net worth of £230million

Adele was all smiles as she soaked up every minute of the casual Valentine’s dinner, where a meal for two can cost around £10. Rich also had a big smile on his face as the pair larked around together.