She announced she was expecting her first child with her husband, Brisbane Lions star Lachie Neale, back in March.

And AFL WAG Jules Neale showed off her growing baby bump during a stroll in Brisbane on Sunday.

The blonde beauty, who recently hit the six-month mark in her pregnancy, took the couple’s beloved dog for a walk. 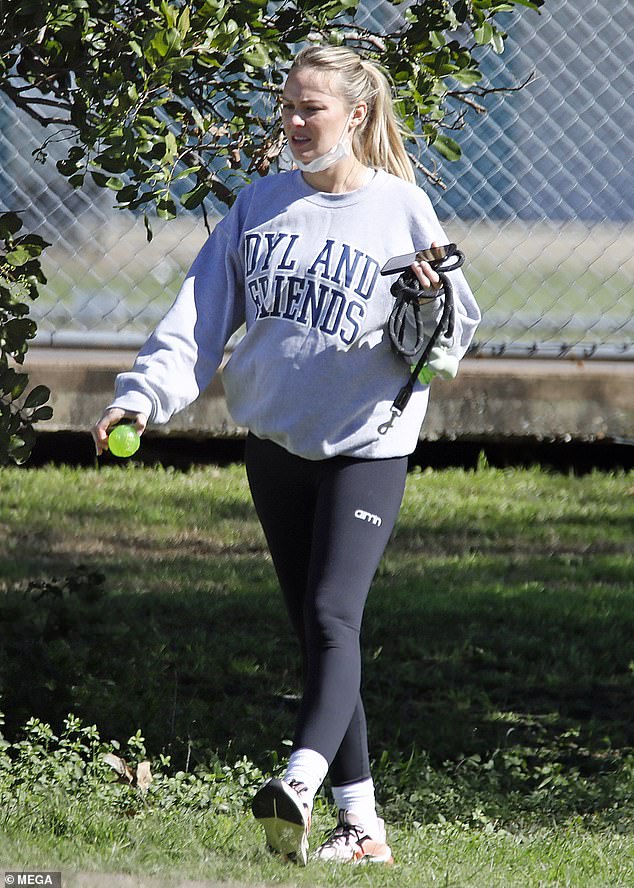 Growing and glowing! AFL WAG Jules Neale shows off her growing baby bump as she went for a stroll in Brisbane on Sunday

She dressed comfortably for the light exercise in a pair of tight leggings and a baggy sweater.

The wife of the 2020 Brownlow winner was glowing makeup free and tied her golden locks back into a no-fuss ponytail.

Lachie was absent after the Lions played Richmond on the Gold Coast on Saturday.

Lachie and Jules proudly announced that they were expecting a baby girl back in March. 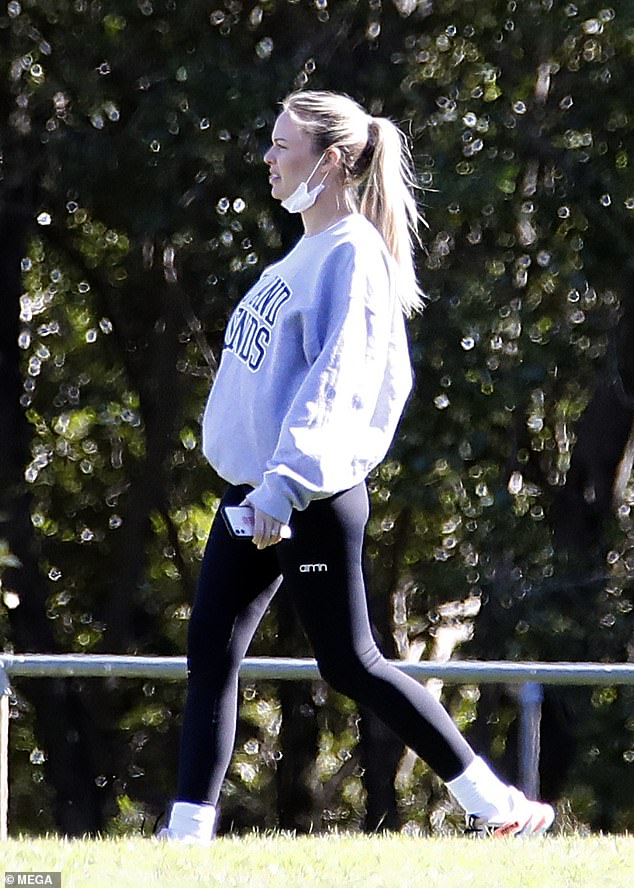 Activewear: She dressed comfortably for the light exercise in a pair of tight leggings and a baggy sweater

‘Can’t wait to meet you baby girl,’ the Brisbane Lions midfielder wrote in the caption, alongside a baby emoji and a pink ribbon.

She wrote in the lengthy caption: ‘We have dreamt about meeting you for a long time now little one.

‘The road to you was long and trying but I wouldn’t change it for the world. It has changed me. 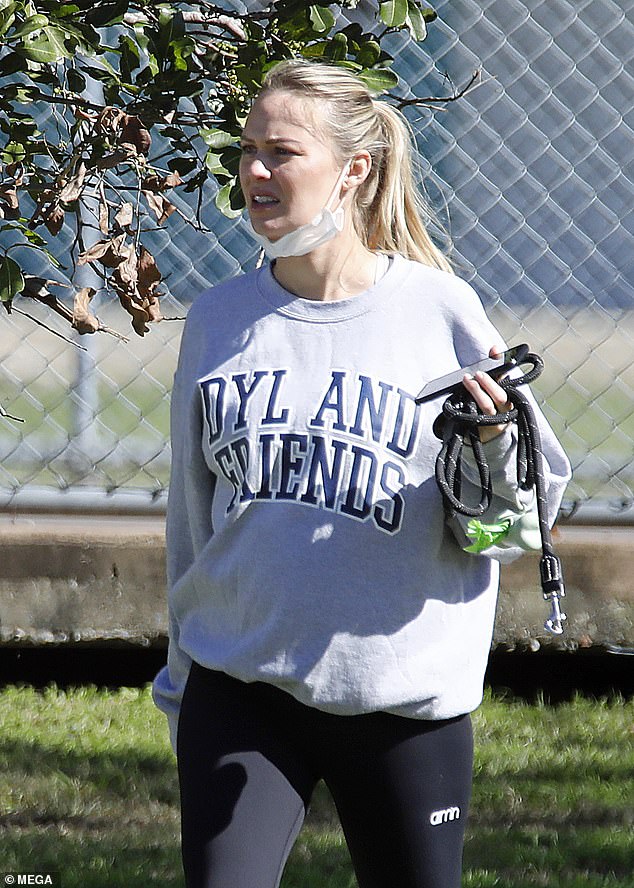 Glowing:  The wife of the 2020 Brownlow winner was glowing makeup free and tied her golden locks back into a no-fuss ponytail

‘The journey to you has made me realise I am stronger than I ever thought I could be and I can do anything with your dad’s support.

‘You were definitely worth the wait and I am so ready to hold you in my arms and be your mumma baby girl,’ she added, before sending ‘extra love’ to other women trying to conceive saying: ‘You are so strong, I see you, I am you.’

Jules also shared a short video on her Instagram Story of a cute baby dress for her unborn daughter, and wrote: ‘My heart cannot deal with this level of cuteness.’

The couple’s friends and family congratulated the couple on their exciting news, including Jessie Murphy, the wife of AFL star Marc Murphy, who wrote: ‘Congratulations you two.’

Lachie and Jules tied the knot in November, 2018, in Perth.

He switched teams from Fremantle to the Lions after seven seasons in order to settle down in Brisbane with Julie shortly after they wed.

He explained at the time that a move to Brisbane had been difficult for Julie, who had built a hairdressing business ‘from scratch’ and had to give it up to build a relationship across the country with him.

The couple’s exciting baby news comes after Lachie suffered an injury in a game against the Geelong Cats last week at GMHBA Stadium in Victoria.