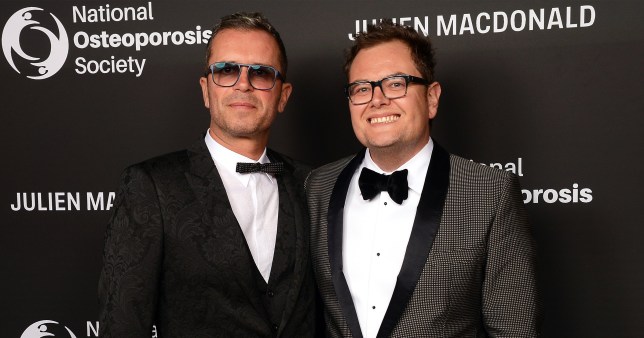 Paul and Alan have been married for three years (Picture:Getty)

Alan Carr and his husband of three years Paul Drayton announced their separation in a joint statement released on Friday morning.

The decision between the former couple was reportedly made ‘jointly and amicably’.

A statement released via PA read: ‘After 13 years as a couple and three years of marriage, Alan Carr and Paul Drayton would like to announce they are separating.

‘They have jointly and amicably made the difficult decision to divorce and go their separate ways.

‘We request that their privacy is respected at this sensitive time.’

They famously tied the knot in LA back in 2018, with Alan’s best friend, singer Adele, becoming ordained so she could marry the pair.

A spokesperson for Alan said at the time: ‘Alan Carr married his long-term partner Paul Drayton at a small private ceremony in LA last week.

‘The couple are currently on honeymoon in Mexico and are planning a big celebration with all their family and friends back in the UK later this summer. They are both extremely happy.’

Alan previously shared on Michael McIntyre’s Big Show that not only did Adele marry the couple, but also footed the bill for the wedding costs.

The news of the split comes just weeks after Paul revealed he would be ‘offline for a while’ following emergency surgery in which he had holes drilled into his skull.

Paul, 50, said on social media: ‘I have a chronic subdural hematoma. They have to drill two small holes to drain it. Hopefully in the next few days.’

He added: ‘I won’t be on here for a while but will read all your messages as it gives me comfort and peace,’ before thanking his followers for their ‘messages and love.’

Back in November, he pleaded guilty at Brighton Magistrates’ Court for a charge of drunk driving.

The judge said it was a ‘miracle’ that no one was killed in the incident, ahead of his sentencing, which will take place in the coming weeks.

Late last year, Alan made headlines after stealing the show at Adele’s comeback gig at the London Palladium.

The Chattyman host stepped in after his pal was surprised by her old English teacher Miss McDonald, which left her particularly emotional.

As she took a moment to fix her make-up, Alan got on stage in the meantime and performed a rendition of Make You Feel My Love.

Speaking after the hilarious moment, he hit back at claims it was set-up, telling Zoe Ball: When I watched it back I was horrified! 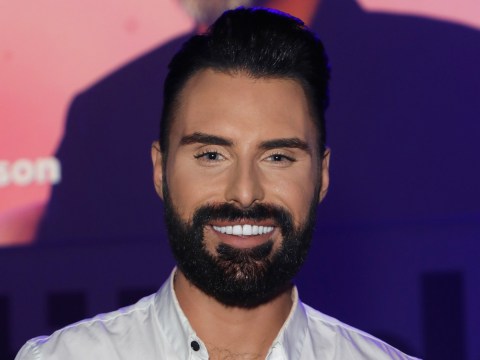 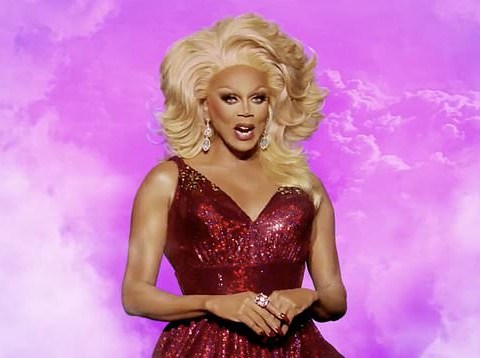 ‘What they’d done in the edit, they’d cut out the first five minutes of me going “No Adele, no no no, ask someone else, please not me, not me”.’

‘And then of course in the edit, I’m jumping up like a rat up a drainpipe, like one of these X-Factor starlet wannabees, “Me?! Maybe I can sing a song, but my new album…!”.’