Barcelona were unconvincing in Vitoria against second-bottom Alaves but with a late Frenkie de Jong goal they picked up a win to leave them just a point from the Champions League places.

‘Finishing in the top four is the primary objective this season,’ said the goalscorer. Barcelona are closing in on that goal albeit with none of the daring and panache that Xavi wants to see them playing with.

Ousmane Dembele had been ruled out by a stomach bug, although Barcelona had already made it clear he would not be picked. And with Ansu Fati out injured that left the goalscoring responsibility on the shoulders of Ferran Torres and Luuk de Jong. 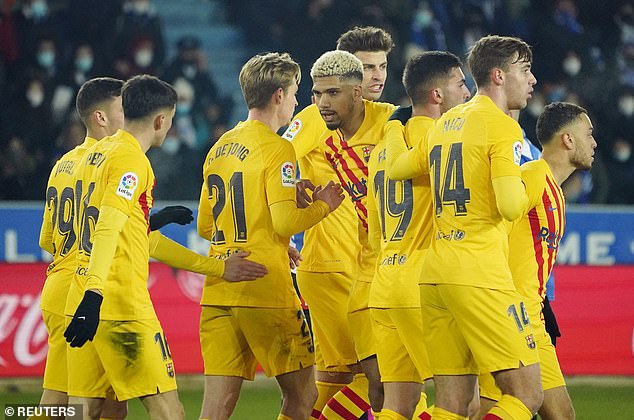 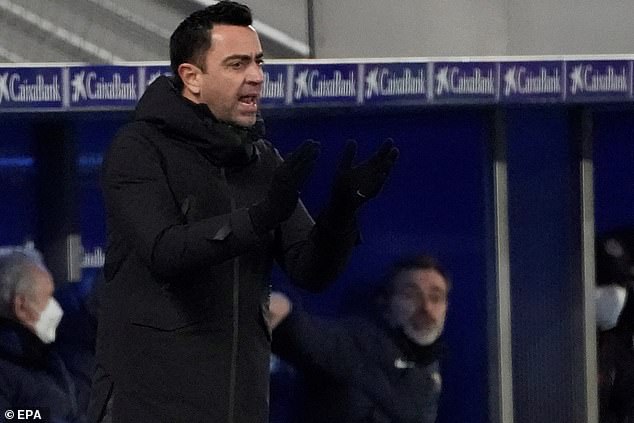 Neither could really test Alaves in a flat first half. Luuk de Jong sent one volley wide and Ferran Torres missed a chance after being set up by Pedri.

There was a lack of invention and an apparent shortage of belief from a Barça side still recovering from being knocked out of the Copa del Rey in midweek.

Luuk de Jong should have put Barcelona ahead on 63 minutes but he could not get enough on Pedri’s cross from the right to beat Fernando Pacheco.

Alaves were having chances too and when Jason Remeseiro went around Jordi Alba and crossed to the area it looked as if Joselu, Alaves’ top scorer with 10 so far this season, would put them ahead but he headed wide.

Alaves coach Jose Luis Mendilibar had never beaten Barcelona in 15 games against them but this was as good a chance as he was going to have.

With seven minutes left Luuk de Jong came off and was replaced by Ferran Jutgla. It’s not for Xavi the tactic of knocking the ball up to the big man when the clock ticks down and the team needs a goal. But does this Barcelona side have anything else right now? The answer was yes and it was the other De Jong who got the goal.

He was offside but not interfering with play as Jordi Alba played the ball over the top to Ferran Torres. De Jong was then behind Torres as the former Manchester City winger played the ball across the face of the area for the Dutchman to score.

There was another late chance for Alaves but Tomas Pina’s header went straight to Marc Andre ter Stegen. Mendilibar did not have his first win; he didn’t even have a point and he was sent off after contesting a decision.

‘We are in a difficult stage of the season,’ said Frenkie de Jong, ‘so this is an important win. But we have to be better with the ball.’ 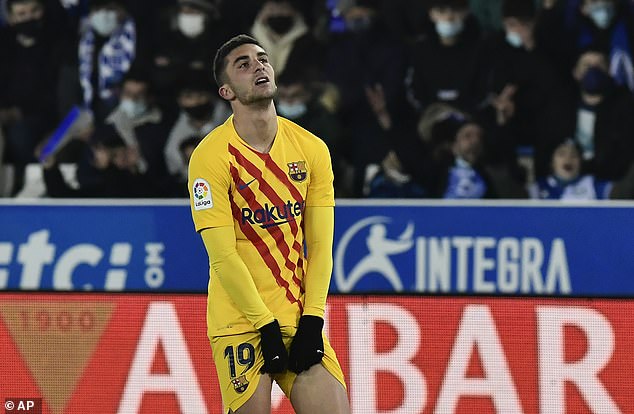