Alun Wyn Jones said he sympathised with Owen Farrell after two controversial refereeing decisions angered the England captain – but not too much.

Farrell riled up referee Pascal Gauzere after the official allowed Josh Adams’ try to stand, arguing vehemently it should have been chalked off as water-carriers were on the field when Dan Biggar quickly kicked cross-field from a penalty.

And while his opposite skipper Jones was delighted it went Wales’ way he did see Farrell’s side. 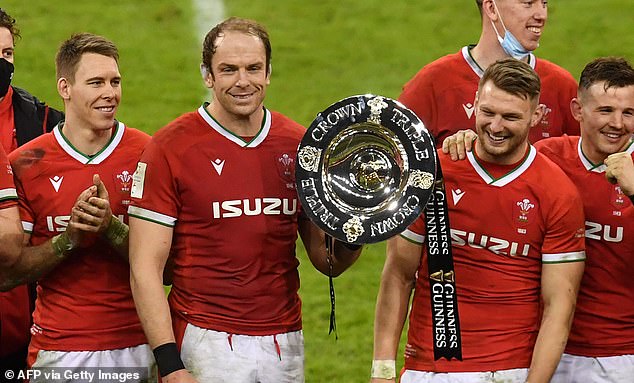 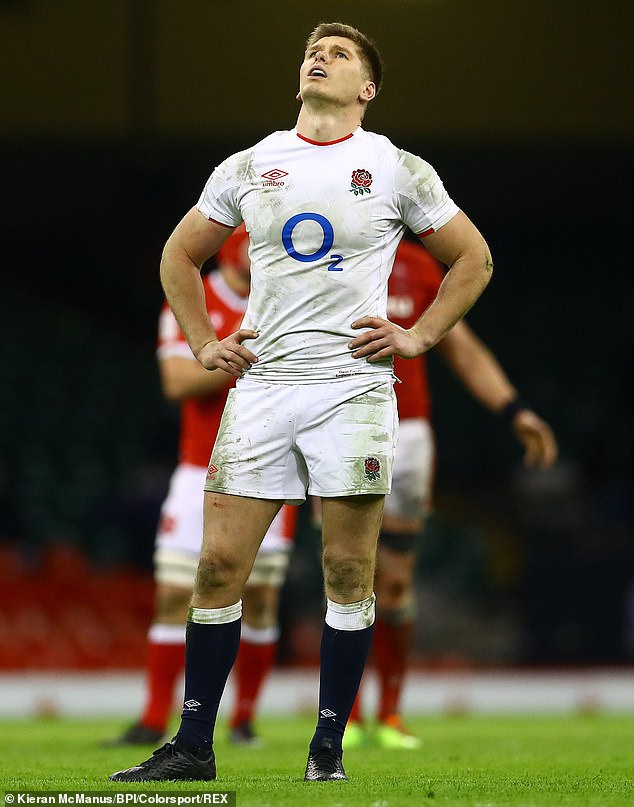 ‘It’s a fine line isn’t it? There was a lot left in the game, if you remonstrate too much you get on the bad side of the ref.

‘It’s tough as the opposition. People were questioning whether I should intervene, I get enough stick for speaking to refs as it is, I’m not going to get into it for the opposition.

‘It’s a fine line to tread. Faz asked the question and probably rightly so.

‘I think there were a few occasions where I tried to speak to the ref on our stuff and he didn’t want me to.

‘I’m not probably going to get a word on that sort of stuff.

‘It’s a fine line to tread and I can understand people’s frustrations with it. But there’s five guys out there (officials) equipped to make those decisions.’ 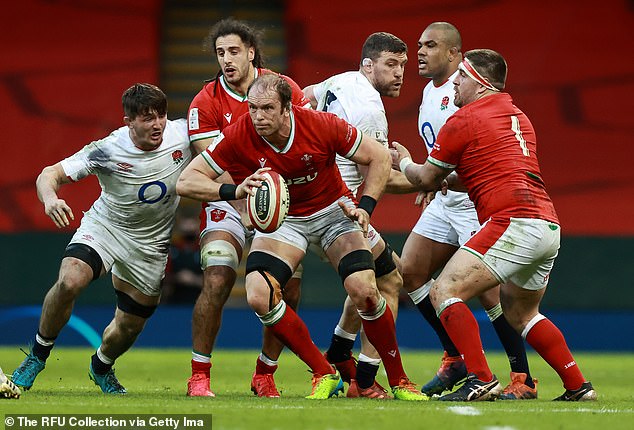 But Welsh head coach Wayne Pivac reckoned England only had themselves to blame.

‘If it was against us, we’d be having a little bit of a look at ourselves and why we didn’t react quicker,’ he said.

‘From a Welsh point of view, the crossfield kick was pinpoint. It was good skill. Josh Adams did his job by hanging out there to give us the option and I thought it was well taken once the referee said time on.’

Pivac also thought Maro Itoje should have been sent to the sin-bin for persistent infringing. The lock gave away five penalties in the match in England’s huge total of 14.

‘That is a lot of penalties for one player,’ said Pivac. 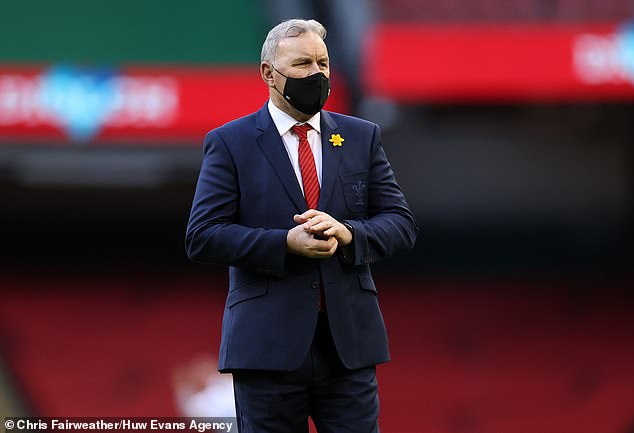 Hailing the most significant win of his time in charge the boss was grinning from ear-to-ear, but warned Wales not to get ahead of themselves with Italy and France to come.

‘It was a special day, the weather was good and we went out there and got a bonus point win. You have to be proud of the performance,’ he concluded.

‘The players were joking about doing a lap of honour for the fans at the end.

‘I’m sure everybody in their homes will be celebrating that one. To get the bonus point at the end, we’re very happy. We’re happy for the players because they’ve put in so much work and worked very hard.

‘But we haven’t really played the house down yet, we’ve well and truly got our feet on the ground.

‘We’ve already spoken briefly about the importance of the next game. It would undo a lot of very good work if we didn’t focus on that game and that game alone. There are still two big games to go.’

‘We’re not going to shy away from it, we’ve had a bit of luck, and created the majority of our own luck we’d like to think.

‘Going into half-time I think England had the momentum and there was an ebb and flow of that. When it went tight early in the second half, it could have gone either way.

‘Sticking to plans, to tasks, is the thing and then the momentum shifts, you’re talking a percentage either way which is a big difference.

‘Momentum’s important, we’re pleased with the results but anything after that is going to be muted. We’re going into a fallow week, sometimes after you win a game you would like another straight after to keep momentum going.

‘We’re faced with a challenge with the fallow week before a big game against Italy, as the previous three games have been. It’s about what we do, not what we’ve done.’