The ex-girlfriend of Scott Disick was seen in a strappy rust-colored swimsuit with a mesh neon green crop top as she stood on the beach.

The daughter of Lisa Rinna and Harry Hamlin has become one of the top models in the world thanks to her natural good looks and very toned figure. 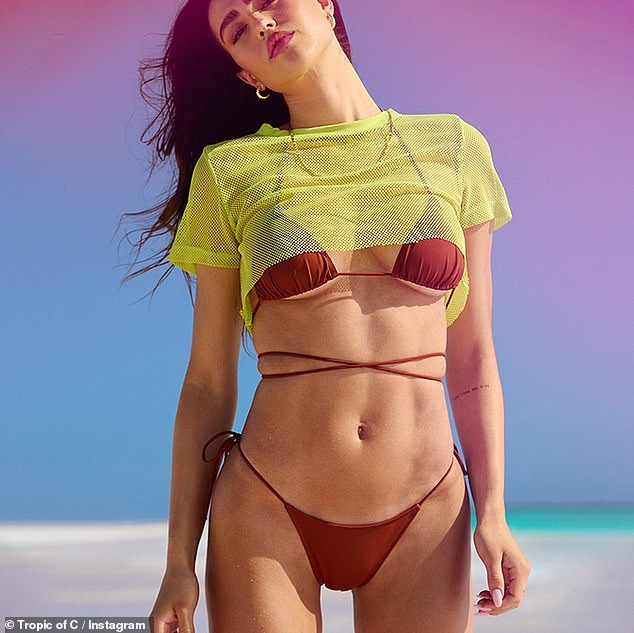 Hot stuff on the shore: New images emerged on Wednesday of Amelia Hamlin modeling bikinis for Tropic Of C, a swimwear brand from Candice Swanepoel 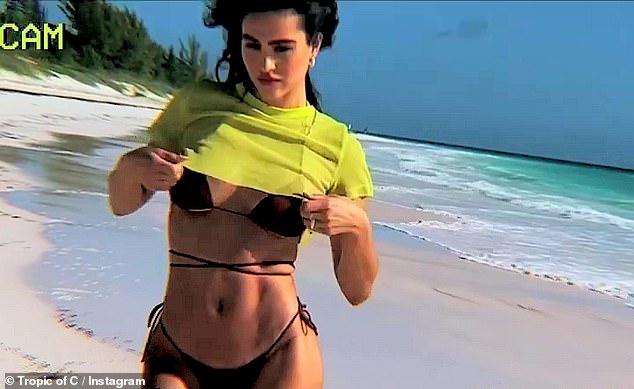 Shore thing: The ex-girlfriend of Scott Disick was seen in a strappy rust-colored swimsuit as she sat on the beach

This is a high-profile modeling campaign for the Los Angeles native whose sister is beauty Delilah Hamlin.

The 20-year-old Los Angeles native was seen in a strappy rust colored bikini that made the most of her impressive assets as she soaked up the sun while on a white sand beach.