She is known for showing off her flawless form on her various social media outlets.

And on Friday afternoon, Amelia Hamlin gave her fans a close-up look at her impeccable upper body in a video and snap that were shared to her Instagram Story.

The 20-year-old social media personality was seen soaking up the shining summertime sun and expressed that it was her ‘favorite type of summer day’ in a text graphic that was added to the clip. 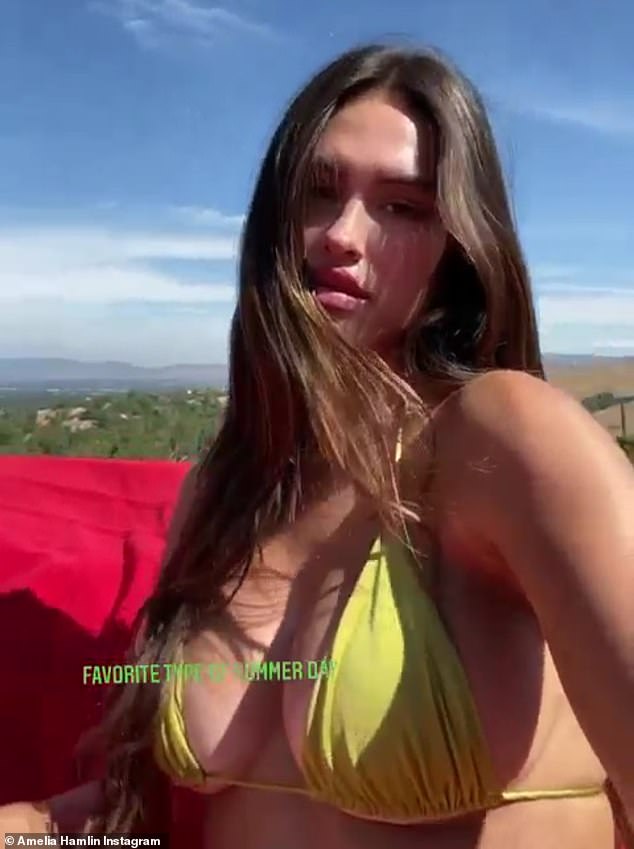 Showing off: Amelia Hamlin placed much of her impressive form on near-full display in a video and a snap that were shared to her Instagram account on Friday

Hamlin was dressed in a bright lime green bikini top that left little to the imagination of her one million followers in the video.

The influencer also added a little bit of shine to her outfit with a silver necklace.

Her gorgeous brunette hair remained free-flowing and shone brightly in the sun while she taped the clip.

She also took a selfie with her precious French Bulldog, Lady, that was also shared to her Story. 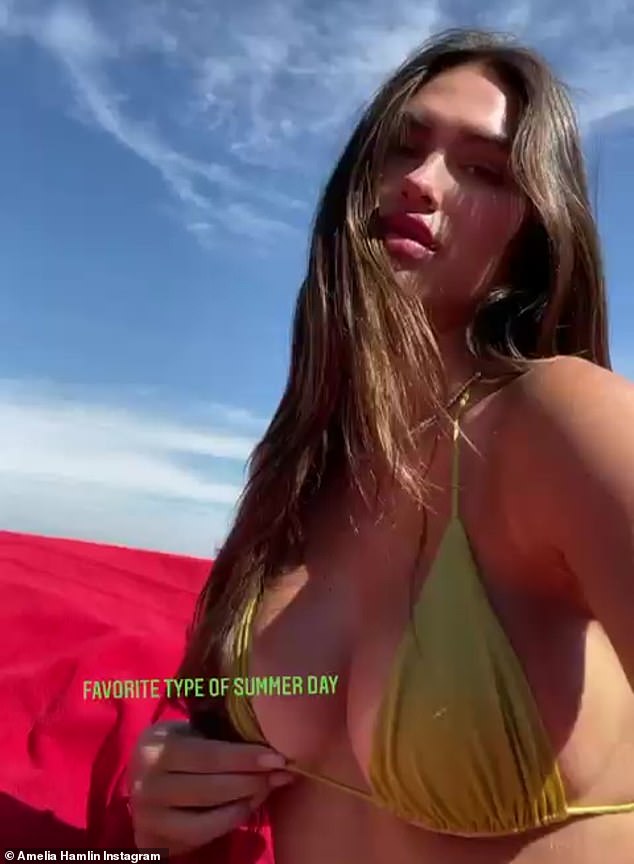 Dressed to impress: The social media personality was seen wearing a yellow-green bikini top that left little to the imagination of her one million followers 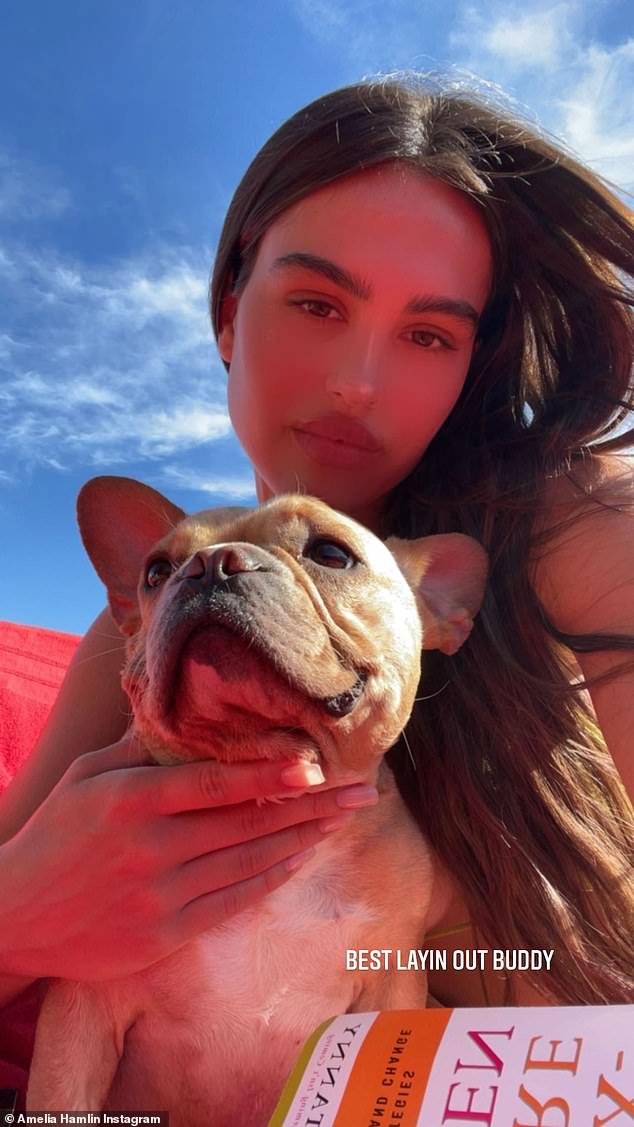 Puppy love: The influencer also took a selfie of herself spending time with her cute French Bulldog, Lady

Hamlin has been seen in various promotional materials for numerous brands that have been shared on her Instagram.

Last week, she posted a single image to her account to promote items from the retailer Boohoo.

The social media personality was pictured sporting a stylish pair of pointed sunglasses in the snap.

She also wore a light purple striped shirt that drew attention away from her eyewear. 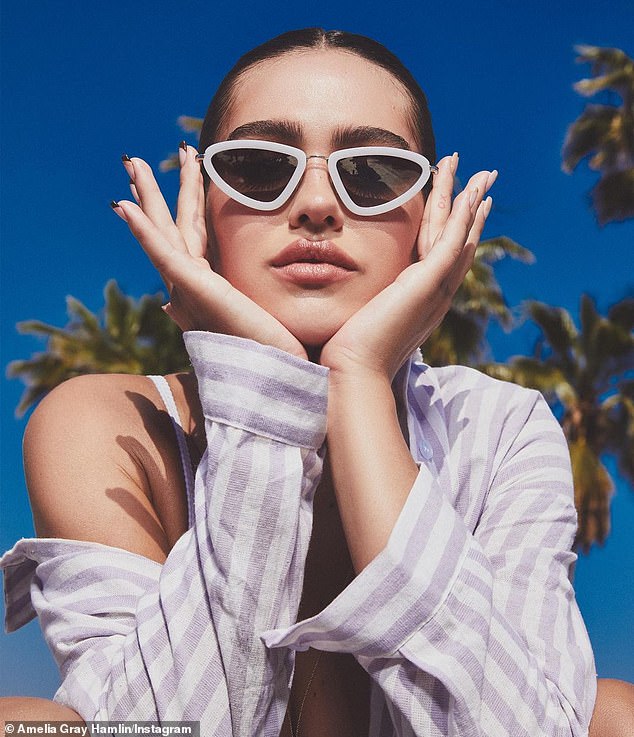 Looking good! Hamlin was recently featured in a promotional shot for Boohoo that was shared to her Instagram account

The social media personality recently spoke to People and elaborated on her sense of personal style while pointing out that she was interested in flashier tones.

She expressed, ‘I want to be glam all the time. My overall fashion vibe right this second is chic and simple, a lot of pastels and just things that are super versatile from night-to-day.’

Hamlin went on to note that she was very versatile with her clothing ensembles and noted that her personal interests dictated her style. 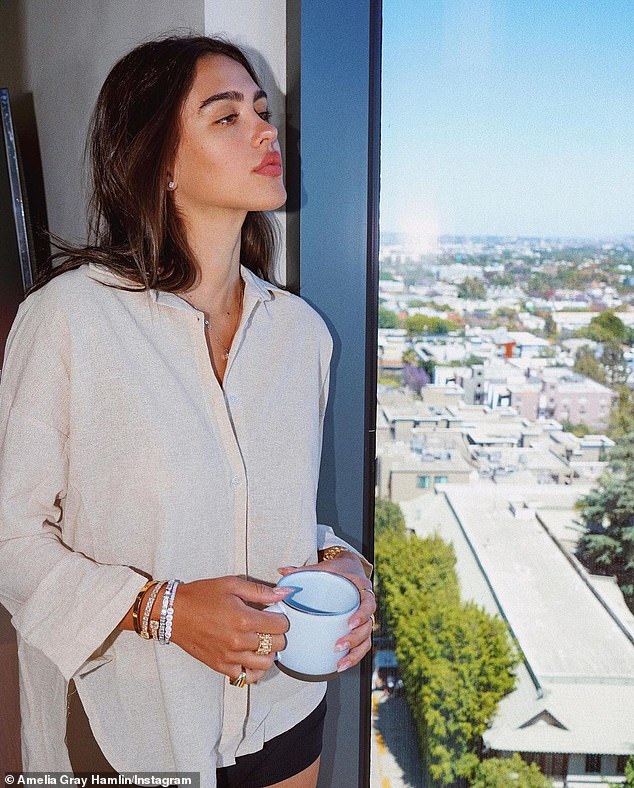 Clear vision: Hamlin spoke about her sense of style during an interview with People, where she noted that she wanted to be ‘glam all the time’ 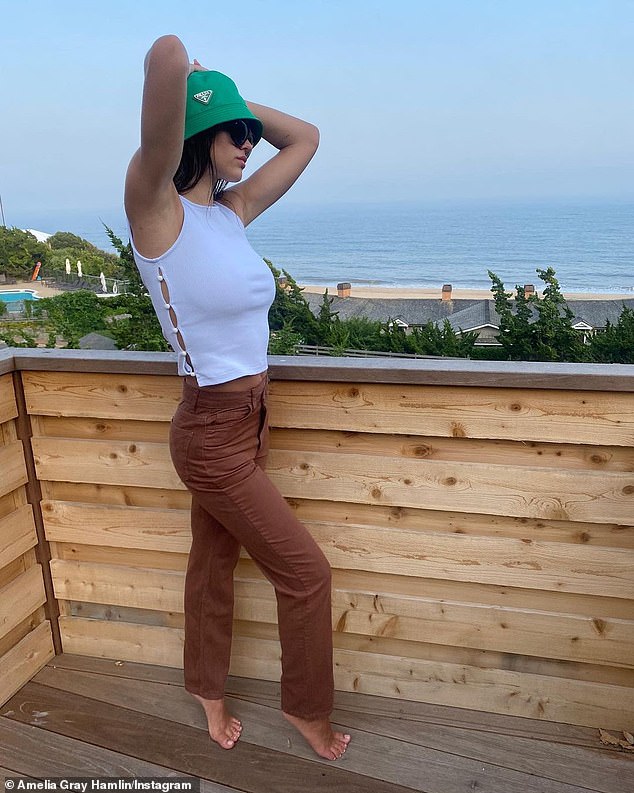 Dressing well: The social media personality expressed that she preferred to wear ‘things that are super versatile’

‘I don’t have a set-in-stone fashion vibe that I’m really doing right now; it’s just kind of however I feel on that day. What I’m feeling is kind of how I express myself and how I get dressed,’ she noted.

The social media personality also remarked that she took style advice from both her older sister, Delilah and her mother, Lisa Rinna, as they both had very distinct senses of dress.

‘We’re all constantly bouncing ideas off of the other, and I think that’s really an amazing thing. Because we have three women in the house with three different opinions and different vibes,’ she said. 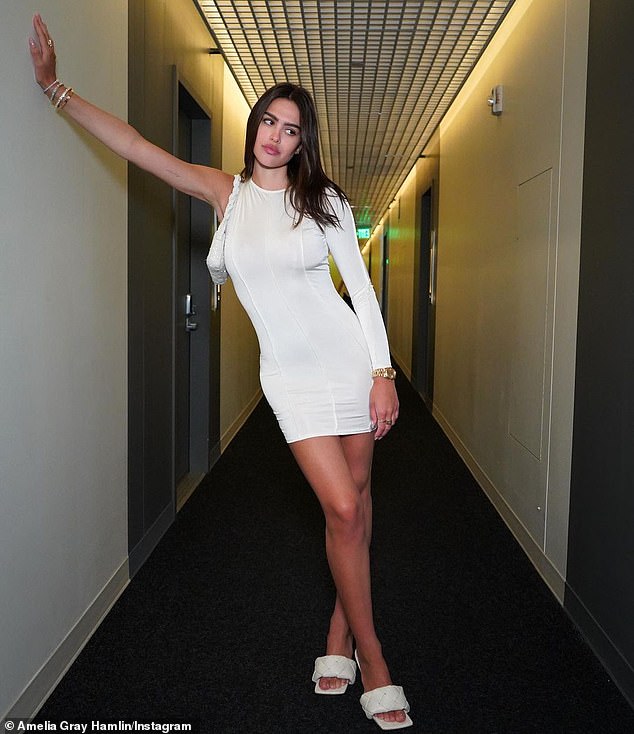 Getting advice: Hamlin also noted that she, her sister Delilah and their mother, Lisa Rinna, were ‘constantly bouncing ideas’ about style off each other