American Idol personality Bobby Bones and Caitlin Parker got married at their home in Nashville Saturday.

Bones, 41, told People of the decision to wed at their abode, ‘We love home. We picked this place out together – that was really one of the first decisions that we made as a couple. And so she thought, “What if we got married here?”’

Parker, a publicist, 29, said ‘it was such a big gesture’ when Bones to get the home for them, as they ‘got to start fresh. 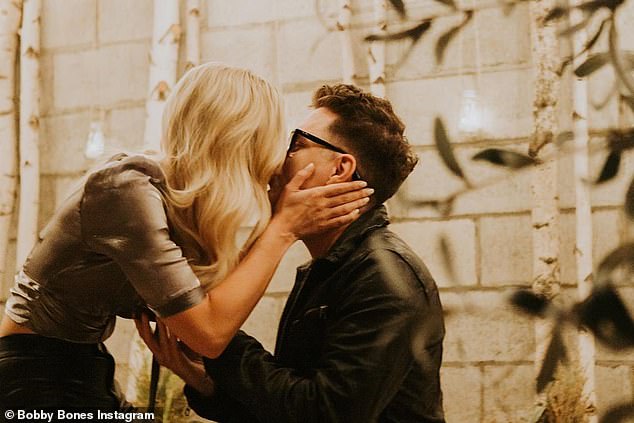 The latest: American Idol personality Bobby Bones, 41, and Caitlin Parker, 29, got married at their home in Nashville Saturday. The couple were seen last year following their engagement

Parker told the publication that she had been anticipating her father presenting her to her spouse-to-be in the ceremony.

The couple were wed by Parker’s longtime minister Jeff Elkins, as she said, ‘I don’t have a godfather, but if I did, it would be him. He was the only option.’ 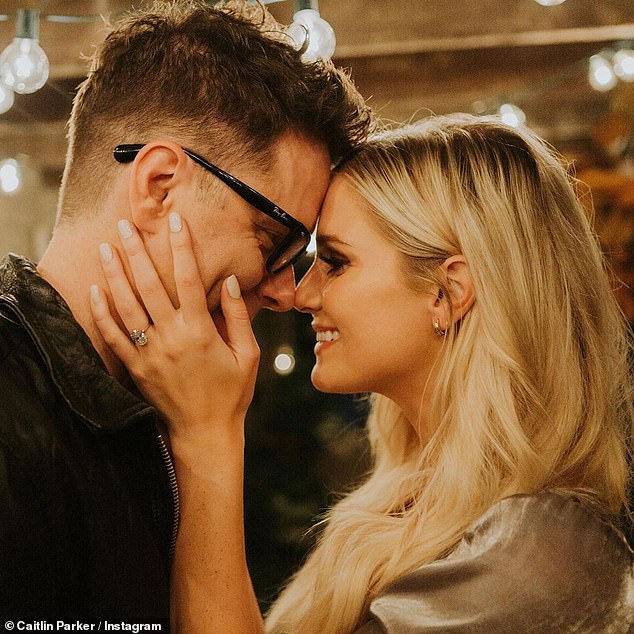 Details: Parker told the publication that she had been anticipating her father presenting her to her spouse-to-be in the ceremony 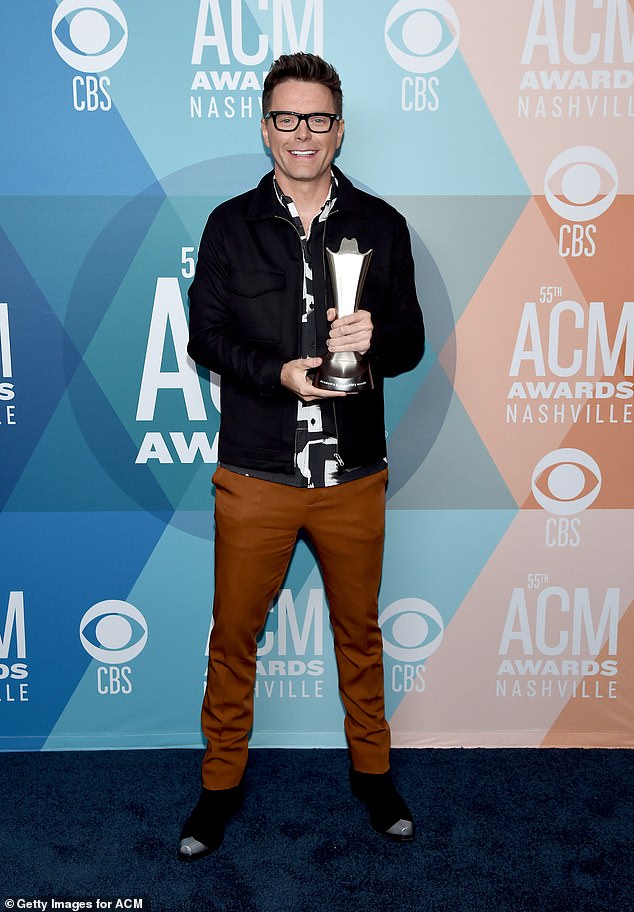 Bones donned an Alton Lane suit with a bow tie, while Parker wore a wedding gown by Galia Lahav.

‘It was probably the third dress that I tried on, and I knew it immediately,’ she said. ‘It was the absolute opposite of what I thought that I wanted from the start – completely different.’

‘Josiah has just been the best – not only planning, but also being a bit of a therapist at times for different reasons,’ he said. ‘Honestly, I didn’t know the value of a wedding planner. 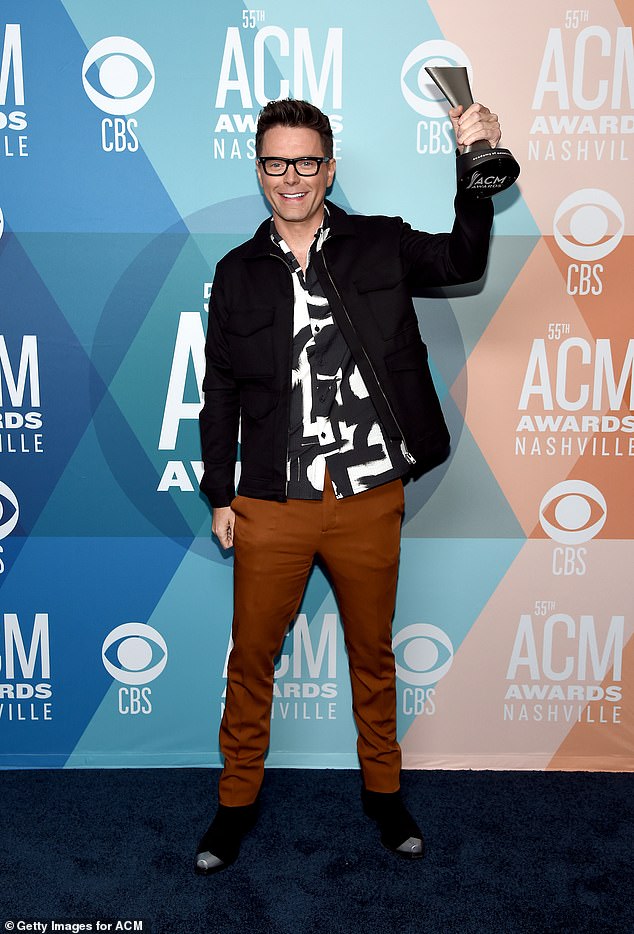 ‘I thought they hired a couple of people, you ate your cake and you called it a day. But he has been so great and helpful and giving in ways that I never expected him to be.’

The couple, who first met two years ago through mutual pal Lauren Alaina, announced their engagement last fall at their home.

Bones wrote on Instagram, ‘I am the luckiest. I waited so long for the right one. And it payed off. Surprised her with a secret proposal in the barn in the backyard.’

Parker said on social media of the occasion, ‘I get to marry the best man I’ve ever known … I am in shock and feel like the luckiest girl in the world. I’m so in love & so happy.’