She became infamous during her tenure as host of The Weakest Link for her sharp tongue and stinging one-liners.

And Anne Robinson seems to have picked up where she left off as she cosies into her new role as presenter of Channel 4’s Countdown.

The 76-year-old veteran presenter didn’t waste time poking fun at one of the show’s contestants hometown of Norfolk, before later adding that ‘some people would do anything to get out of going to the Isle of Wight.’ 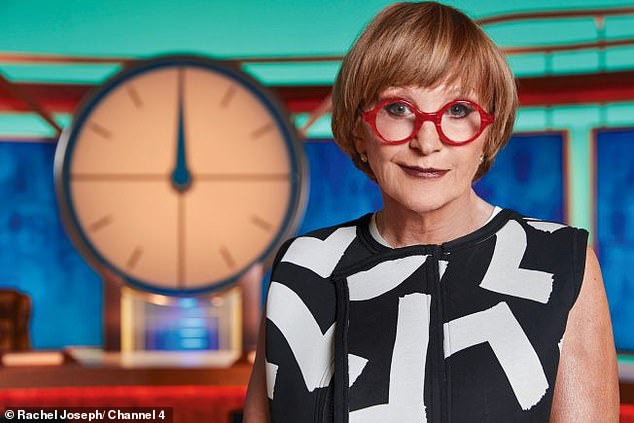 Harsh: Anne Robinson, 76, has brought her Weakest Link mean streak to her new role on Countdown as she mocked contestants for living in Norfolk and the Isle of Wight on Monday

Later in the show, while speaking to a contestant named Sue who said she enjoyed visiting Antarctica, she described the area as ‘cold and desolate’ before comparing it to Sue’s home county of Norfolk.

Anne took over as the face of the show after Nick Hewer, 77, vacated the role earlier this year.

However, it appears that Anne is already dividing opinions amongst fans of the quiz show due to her striking comments. 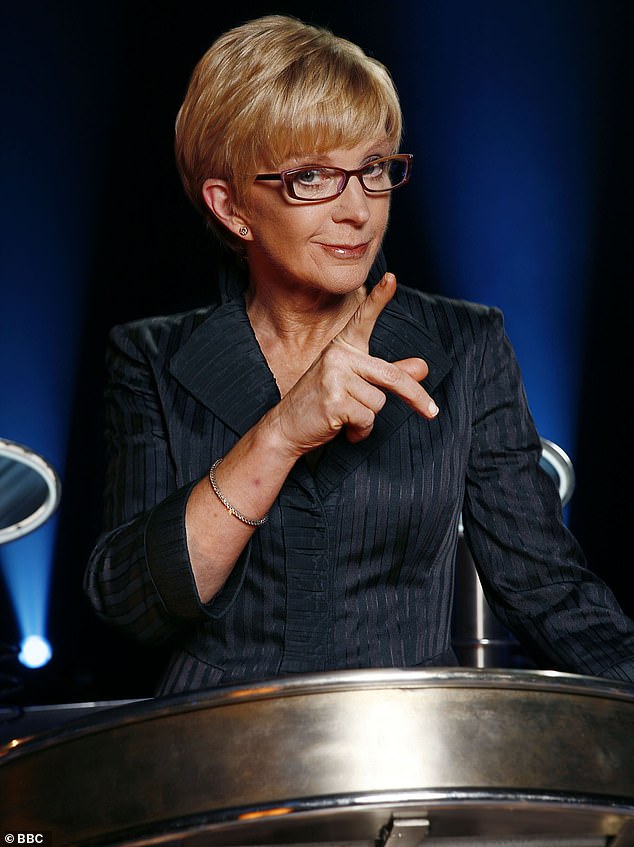 Back in the day: The veteran presenter became infamous during her tenure as host of The Weakest Link for her sharp tongue and stinging one-liners

One tweeted saying: ‘Anne Robinson is completely spoiling @C4Countdown for me. She confrontational and downright rude to contestants, guests and the viewer. Ugh. Get rid of her.’

And a third tweeted to say: ‘Why do I have to share my name with such a horror show though!’

Though it appears not everyone is unhappy with Anne’s style, with one person tweeting in her defence to say: ‘I may be in the minority, but I’m loving Anne Robinson’s acerbic humour on #Countdown. It’s a refreshing change from daytime fluffiness.’

Not impressed: Fans of the show were quick to take to social media to share their thoughts on Anne’s approach to hosting Countdown

It comes after Anne spoke out at the end of last month to suggest that the industry now faces ‘unnecessary censorship’ and claimed The Weakest Link ‘couldn’t be made now as it would be deemed detrimental to contestants’ mental health’.

Adding that there are ‘too many snowflakes’, the outspoken television icon, 76, continued: ‘In the 1970s it was the tougher women who adapted to a male world.

‘Now, thankfully, clever women of all shapes and sizes are in the workplace, but it means they don’t have steel armour and are more easily upset.’

Anne’s comments come as it was announced that The Weakest Link would return after nine years – featuring Romesh Ranganathan as host with celebrity contestants.

Not all bad! Though it appears not everyone is unhappy with Anne’s style, with one person tweeting in her defence to say: ‘I may be in the minority, but I’m loving Anne Robinson’s acerbic humour on #Countdown. It’s a refreshing change from daytime fluffiness’

‘Who’s had no immunity against stupidity?’

‘Who’s turning out to be thicker than a chocolate omelette?’

‘Who’s as much use as a bird with vertigo?’

‘Who is obviously denser than Sherwood Forest?’

Speaking to The Radio Times, Anne added: ‘I wish there was a course [women] had to do, instead of useless Masters degrees, that teaches them the game of office life, and how to win at it.’

Of her new role, she said: ‘I won’t be telling any of the Countdown contestants that they’re stupid. I created that character for the Weakest Link.’

The mother-of-one also revealed that while she doesn’t know whether she’s ‘shedding’ her ‘queen of mean’ persona once and for all, she has no intentions of making any Countdown contestants cry.

Anne touched upon the fact that prior to recordings, she is able to spend a few moments with Countdown contestants, putting them at ease, whereas she made a point of never talking to participants during her Weakest Link days.

Elsewhere in her interview, Anne told the magazine that she is a ‘terrible worrier’ and was ‘nervous’ when she started recording Countdown.

The series was the first programme ever broadcast on Channel 4 in November 1982, with over 7,500 episodes having aired since – this month, as she wants to be liked by the long-running show’s audience.