Anthony Martial was left stunned during his Sevilla unveiling on Wednesday night after the Spanish club surprised him with a video message from Ronaldo.

Martial, 26, has joined Julen Lopetegui’s side on loan until the end of the season after falling out of favour at Manchester United.

The France forward was only afforded eight Premier League appearances this term, two of which were starts, meaning he opted for a temporary move away from Old Trafford in January. 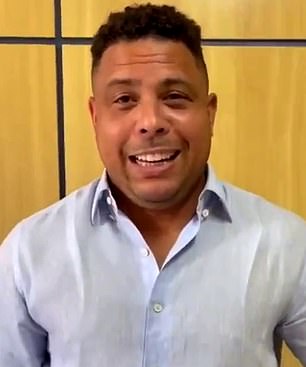 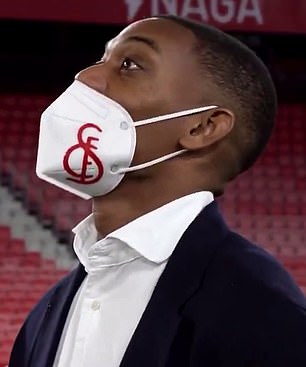 After adding him to their ranks on Tuesday, Sevilla rolled out the red carpet for Martial by welcoming him with a special message from one of his childhood heroes.

While stood on the pitch at the Ramon Sanchez-Pizjuan, he looked up to find Brazil legend Ronaldo wishing him good luck in Spain.

‘Hi Martial, how are you? Welcome to La Liga and Sevilla! This is a big club in Spain and a big club in Europe,’ the former Real Madrid, Inter Milan and Barcelona striker said.

‘They have incredible fans and play in a fantastic city. So I wish you all the best, and hopefully I’ll see you soon. Big hug, best of luck.’ 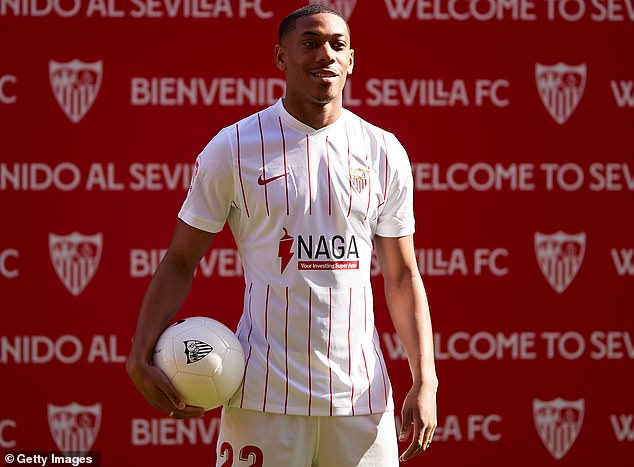 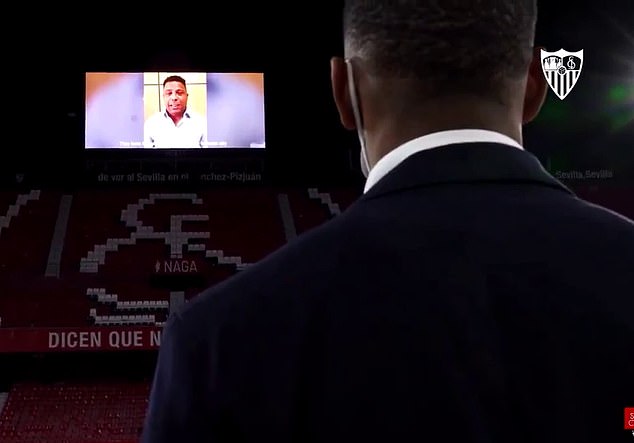 Anthony Martial is welcomed to Sevilla by his childhood idol Ronaldo 😮

Martial has previously identified Ronaldo, who scored 414 goals in 616 appearances throughout his iconic career, as one of his idols growing up.

He told United’s website back in 2018: ‘My two big heroes were both Brazilian: Ronaldinho and Ronaldo, because they had magic in their feet!’

Old Trafford chiefs were open to letting Martial, who they paid £36million for back in 2015, depart until the end of the season, although there is no option-to-buy clause included in his loan deal at Sevilla.

The former Monaco man is joining a side well positioned in La Liga, with Lopetegui’s men only four points adrift of current leaders Real Madrid in second.