Being described as the ‘new Cristiano Ronaldo’ is probably the most unhelpful label it’s possible to have in football.

After all, who can realistically measure up to the superhuman efforts of one of the finest players to ever grace the game?

But that’s the fate of 17-year-old Joelson Fernandes, the latest exciting talent to roll along Sporting Lisbon’s prolific production line. 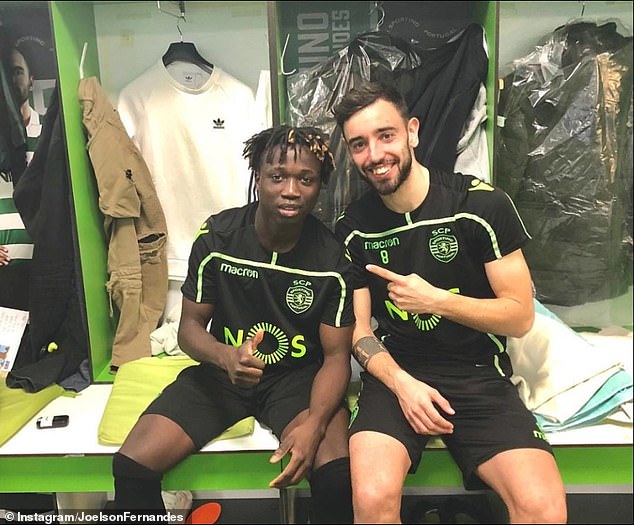 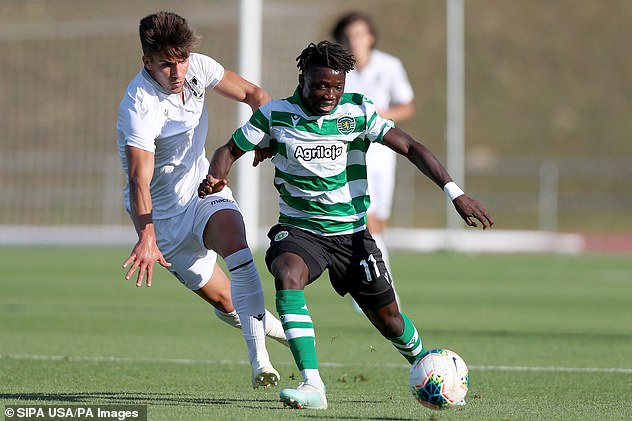 Here he is ripping his opponents to bits for his national team¿s youth side. ¿¿pic.twitter.com/ycQZnBKsDY 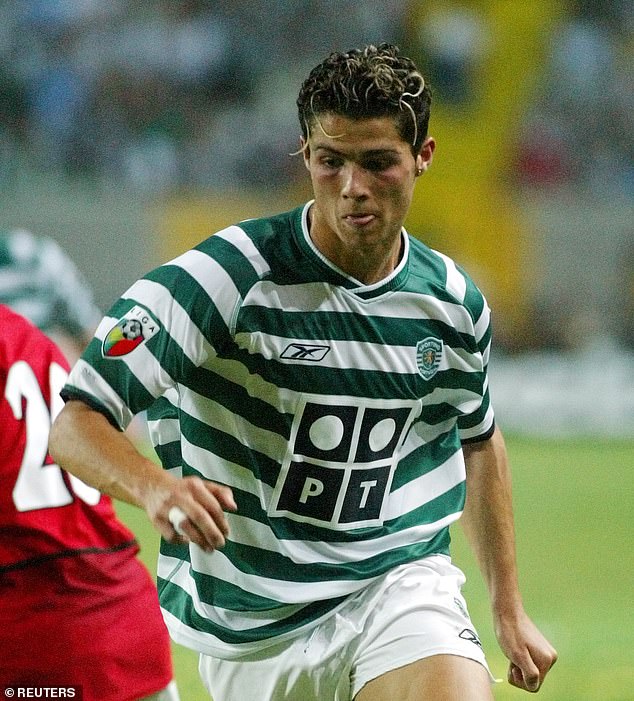 From Ronaldo himself to Nani, Luis Figo to Ricardo Quaresma, Sporting have an exceptional record when it comes to developing top class wingers.

And Joelson, who is reportedly attracting interest from Arsenal, Barcelona, Juventus, RB Leipzig and others, looks set to be the next one.

The Portuguese newspaper A Bola reported this week that Sporting face a battle to keep hold of the teenager much longer with the Gunners even considering triggering his £40million release clause.

That’s quite the price tag – and burden of expectation – for a player who only joined Sporting’s first team training sessions in recent months and only made his senior debut last month.

According to the report, the flurry of interest has come about because Sporting sense his potential and want to double that release clause to an essentially protectionist £80m. 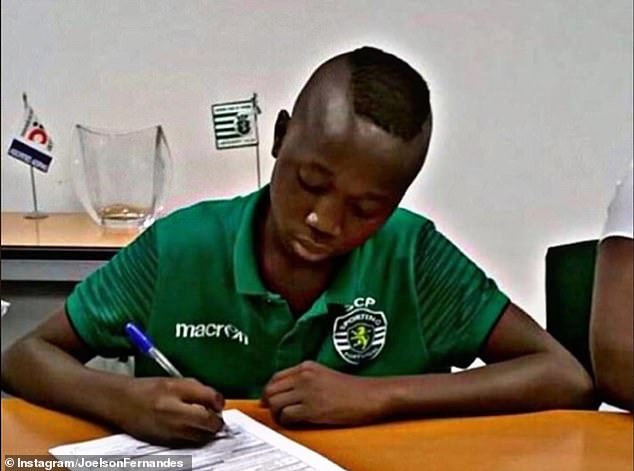 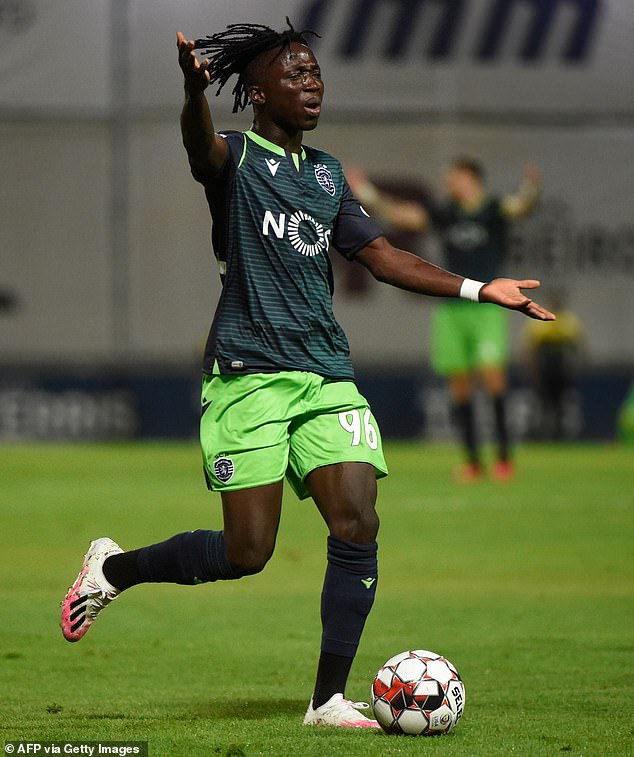 But maybe the most obvious sign of the player’s potential is to learn that his agent is a certain Kia Joorabchian.

As for the comparisons, Fernandes told newspaper O Jogo recently: ‘It is true that being compared to these players puts a little extra pressure on me. I try to follow their example and play the best I can in each game.’

Certainly to watch the YouTube compilations is to be reminded of Ronaldo. There’s a stunning solo goal for Portugal’s under-17 team against Albania last year in which he dribbles past three defenders before lashing a shot past the keeper.

There’s the usual array of neat touches, flicks and step-overs, plus bursts of acceleration to break away from defenders. It’s very similar to watching Ronaldo in Sporting colours at that age.

Unsurprisingly given his book of tricks, Fernandes appears to be a magnet for tackles walking a tightrope of legality. 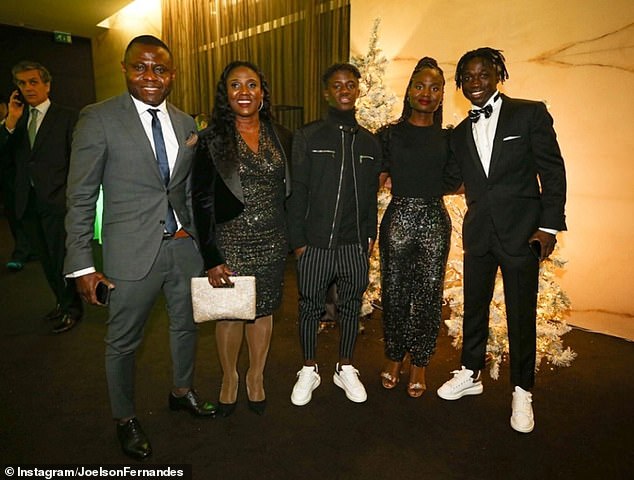 He plays predominantly on the left wing for Sporting’s second team and the Portugal youth sides but has also been stationed on the right side in the four substitute appearances for the first team in recent weeks.

A minute off the bench in a win over Gil Vicente on July 1 has been followed by further substitute cameos against Moreirense, Porto and Vitoria Setubal.

It’s been a good time for Sporting to blood these up-and-coming talents. They haven’t threatened Porto and Benfica in this season’s Primeira Liga title race but are on course to qualify for the Europa League.

Sporting have been intelligent in his development, using a certain Bruno Fernandes as a mentor on the training ground prior to his January move to Manchester United.

When the younger Fernandes signed his first professional contract on his 16th birthday last year, he posted an Instagram snap alongside Bruno after his first day training with the senior team. 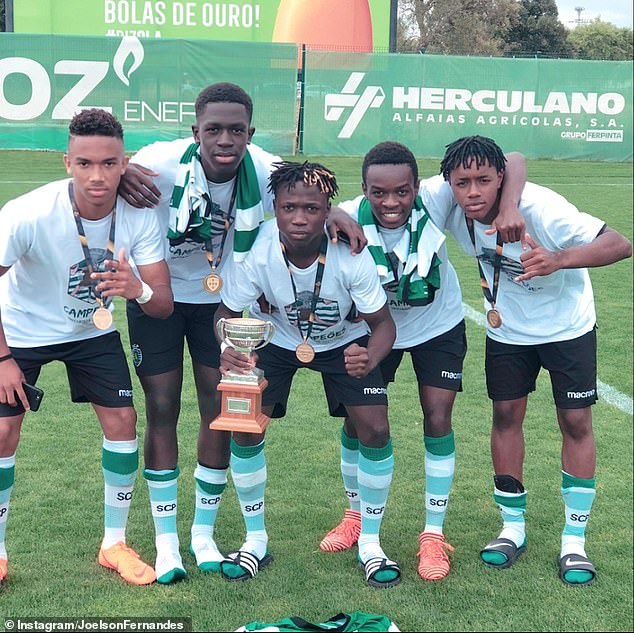 Having played for the under-23 side for much of the season, he has now been promoted

Football comes naturally to the teenager, though. His father, Eusebio Mango, played in the youth ranks at both Sporting and Porto before a career in Portugal’s lower divisions.

That upbringing led to Fernandes playing football from a very young age at local club Academia Valusa do Bairro Militar near Bissau, the capital of his native country Guinea-Bissau.

Moving to Portugal at the age of 11, it didn’t take long for scouts from Sporting to spot his natural talent.

And his family were certainly determined to give him the best possible chance. They drove him 250km each weekend for two years from their home in Aveiro to Lisbon to play in Sporting’s age-group sides.

Only at the age of 13 did they relocate to the Portuguese capital and since then his progress has been rapid. 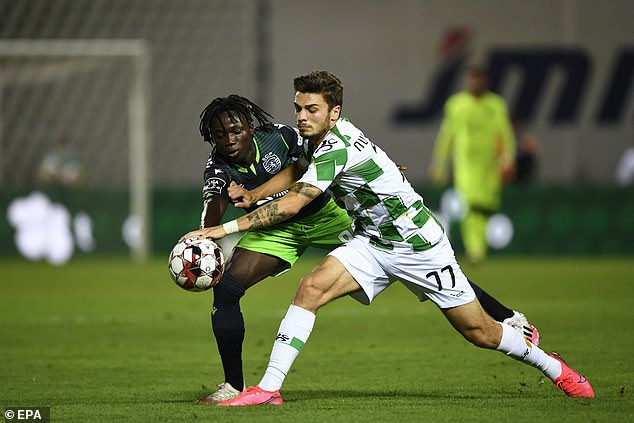 Fernandes is reportedly being watched by the likes of Arsenal, Barcelona and Juventus

Very much accustomed to playing in age groups above his own, he had only just turned 17 when fast-tracked into Sporting’s under-23 side at the start of this season.

He has also represented Portugal at under-15, under-16 and under-17 level, playing 16 international games and scoring four goals.

For all the flash skills on the field, Fernandes comes across as a very humble character and seems to be taking the interest from some of Europe’s elite clubs in his stride.

‘It is very flattering and I think it represents the value of my work,’ he said.

‘I did not look at the alleged interest very much, I am happy where I am and fighting to achieve my dream, which is to play for Sporting’s first team.’

That has now come true and his next move appears to hinge on whether someone wants to match that £40m release clause in the current climate. 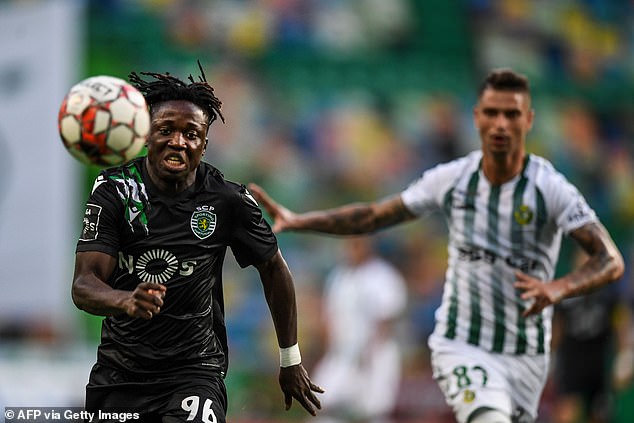