Aubrey Plaza received universal praise for her portrayal of April Ludgate in the hit NBC sitcom Parks And Recreation during its seven season run from 2009 to 2015.

But on Saturday the actress played the role of doting dog mama when she hit the suburban streets of Los Angeles for a walk with her beloved rescue dogs Frankie and Stevie.

She appeared to be the picture of a solid pack leader, gauging from how calm and relaxed the two pooches were as they we led along the side of the roads while taking care of their business. 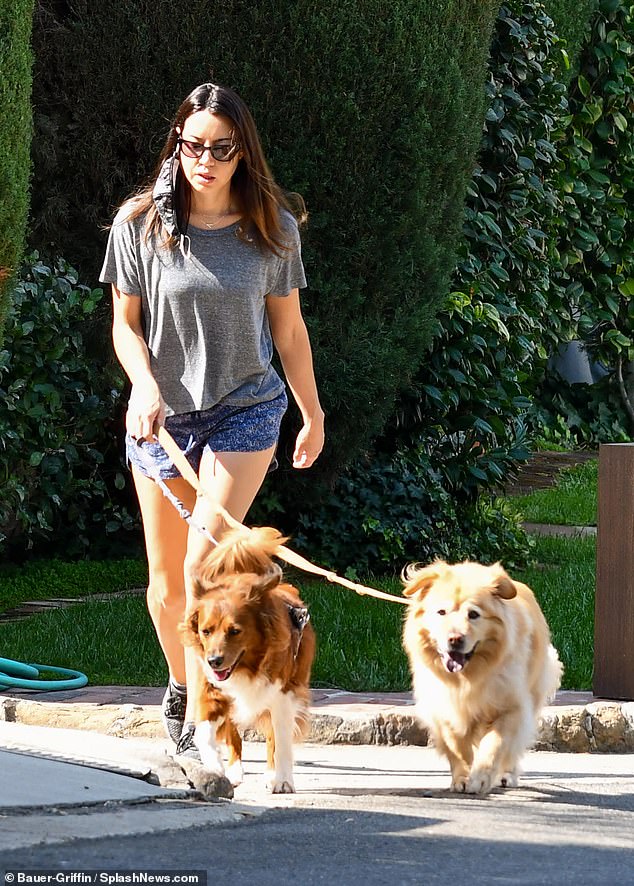 Four-legged family: Aubrey Plaza, 36, was the picture of a proper pack leader when she went for a walk with her two dogs in Los Angeles on Saturday

With the sun glaring down on another warm Southern California day, the Delaware native opted to wear blue-patterned shorts and a grey t-shirt.

She also sported a pair of grey sneakers, dark sunglasses and had her brown tresses styled long with a part on the slight right.

Plaza chose not to wear a protective mask, amid the COVID-19 pandemic, since she never came in close contact with anyone during her stroll. 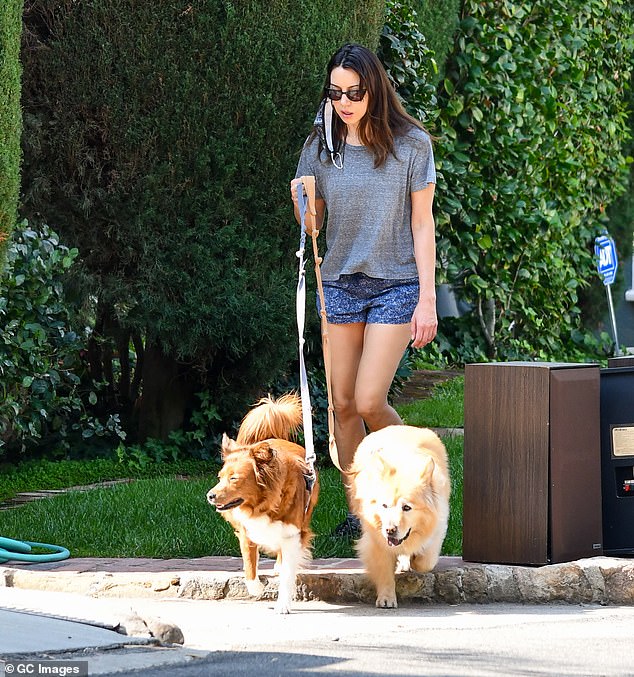 Afternoon delight: Plaza casually strolled with her rescue dogs Frankie and Stevie through her neighborhood in blue-patterned shorts and a grey t-shirt

It’s slated to premiere in theaters and on digital on December 4.

The busy actress also has four other films in some phase of post-production that includes the romantic comedy Happiest Season, the comedy King Knight, as well as the comedy drama Best Sellers and the animated adventure comedy The Ark and the Aardvark 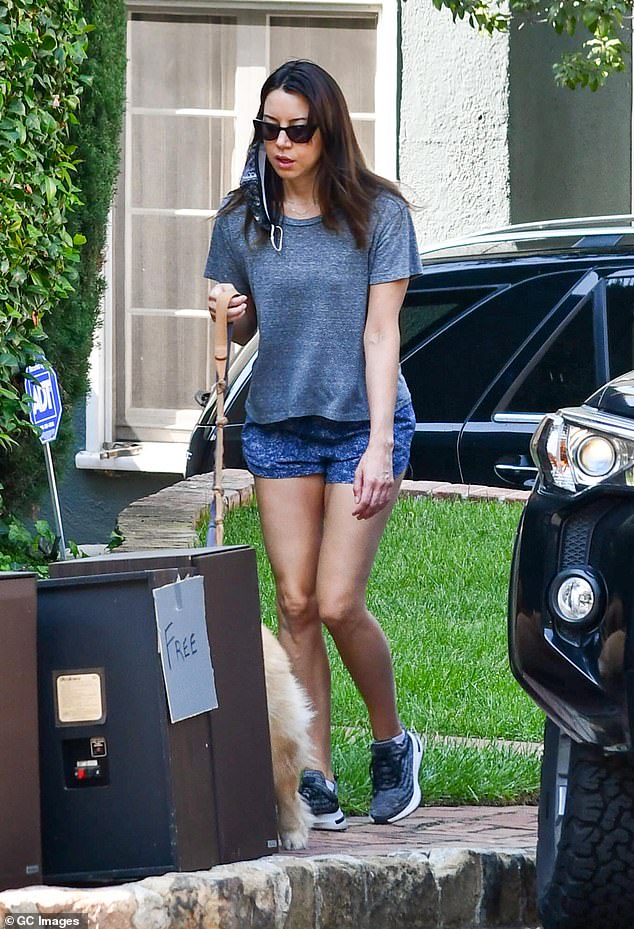 In demand: The actress stars in the upcoming comedy-drama thriller film Black Bear, and has four other films in some phase of post-production

In her most recent movie, Plaza played the lead role in the reboot of the slasher film Child’s Play, that premiered in June 2019. It received mixed reviews while going on to earn $44 million worldwide on a $10 million budget.

Plaza has been quarantining at her home in the Los Angeles neighborhood of Los Feliz with her two dogs and her partner of nine years, writer-director Jeff Baena, 43.

The couple has worked together on a number of projects over the years, including the 2017 romantic comedy The Little Hours. 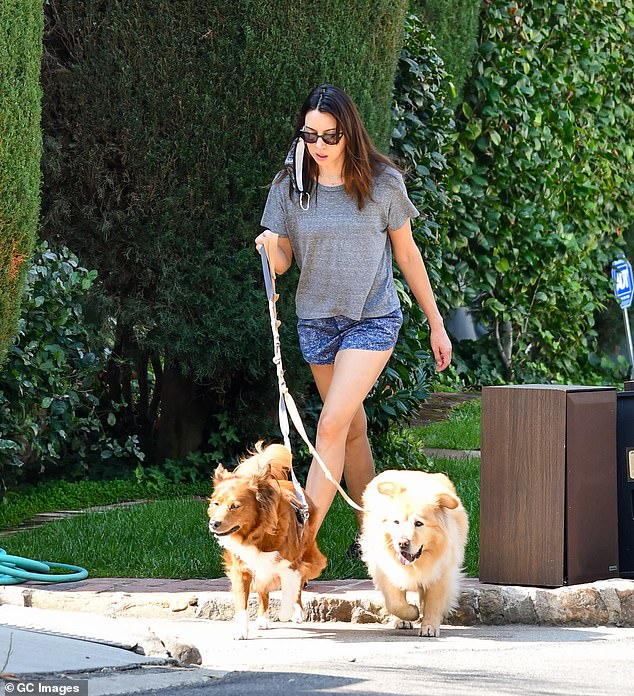 COVID-19 crisis: Plaza has been quarantining at her home in the Los Angeles neighborhood of Los Feliz with her two dogs and her partner of nine years, writer-director Jeff Baena, 43