Novak Djokovic not playing this Australian Open has changed the event’s whole dynamic, in the same way that Rafael Nadal not playing in Paris would alter the French Open.

Suddenly players start to adjust their dreams and expectations, and maybe we saw that yesterday in the unexpected defeat of Alex Zverev, one of the tournament favourites.

It is actually Nadal, through to the quarter-finals, who might be the beneficiary of all this. 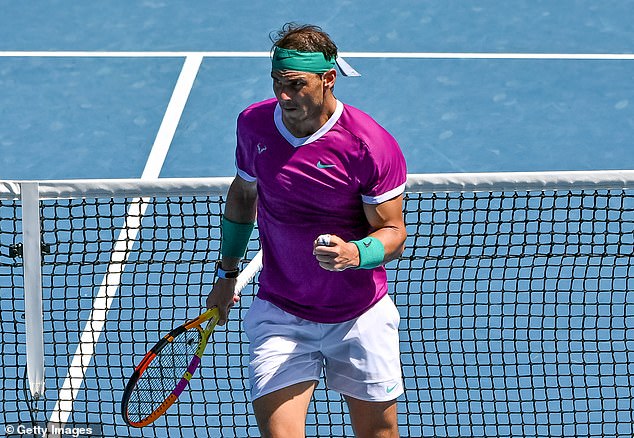 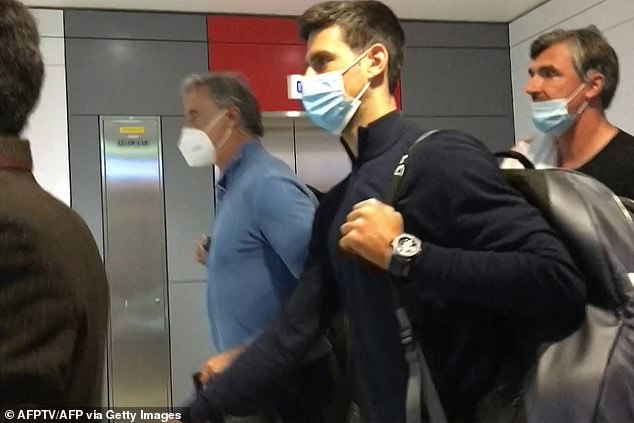 After all the bad publicity which surrounded the build-up and the start of the tournament, maybe the Spaniard and Ash Barty will give it a much happier ending.

Nadal claiming another Grand Slam title and Barty becoming a long-awaited champion from the host nation, what a finish that would be next weekend — and it might happen.

Who would have thought a month ago that the Spaniard might emerge from this ahead of Djokovic and Roger Federer on 21 Grand Slam titles with the French Open to come?

It is another reason why Novak has a big decision to make. Without revisiting the old arguments, he will be weighing up the fact that it is becoming much more difficult for unvaccinated people to go about their daily lives, let alone play international tennis tournaments. Genuinely, I don’t know what he will choose.

As for Nadal, he has been hugely impressive in getting to the last eight, considering the setbacks of recent months.

It is a reminder that, above all, he is a great tournament player who knows how to approach a big fortnight and handle the pressures you face over that time span — bringing yourself to the boil at the right time. Rafa’s decision to play the relatively small 250-level event in Melbourne at the start of January was a typically smart move.

It got him the matches he needed and showed the others he is back in business, then allowed him to practice the week before the big one.

Of course he could still face a very stiff challenge from Daniil Medvedev, who is due to play on Monday morning in the fourth round against America’s Maxime Cressy. 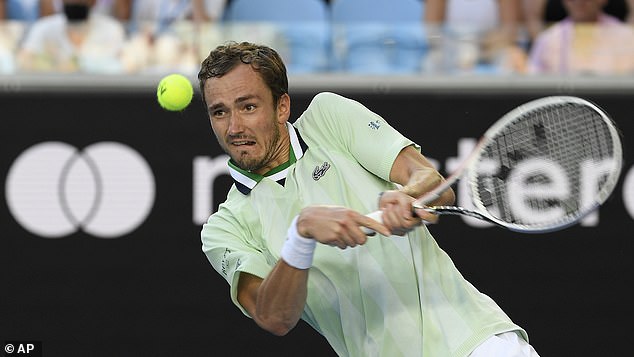 Nadal could still face a very stiff challenge from Daniil Medvedev, the second seed from Russia

The Russian still has a weakness in that he can get riled by the crowd and take their reactions personally. It happened after his second round against Nick Kyrgios and I give credit to on-court interviewer Jim Courier for calming him down afterwards. Courier has the experience, having been there himself, so it was an older guy passing on his wisdom to someone younger.

While I still think there could be an unexpected winner of the men’s event, Nadal’s experience will help him. Zverev made a big mistake when talking before the tournament about how winning it could move him to world No 1. I think that got to him yesterday in his defeat by Denis Shapovalov.

As for Barty, everyone is rooting for her, not just Australians, in what has been a good women’s event. I love how she plays and how she approaches her task philosophically.

If she wins the title and the men’s event delivers a great second week this event has a much better chance of being remembered for the right reasons, rather than all the pre-tournament controversy.

I remain a big fan of Emma Raducanu and am still convinced that, in the long run, she has everything it takes to be a multiple winner of majors and a genuine superstar.

Her preparations for Australia were interrupted and after her second-round defeat she was hinting that she might go back and put in some extra time training to get herself stronger.

This slightly worries me because what she needs — both to improve herself physically and to become a better player — is to play more tournaments, not fewer.

In short, she should be planning on having a busy schedule, throwing herself into the thick of the tour and tackling the smaller and medium-sized events that make up most of the circuit.

Forget the Grand Slams and what happened last year for a while, what she needs is to build up a bulk of experience and realise there is no substitute for playing matches. 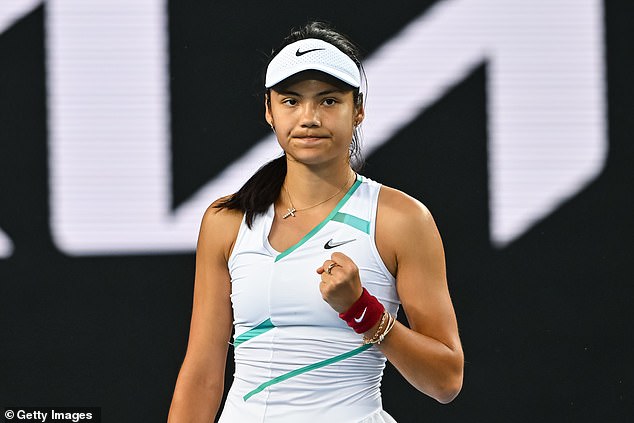 These are what will make her tennis-fit and give her the know how to compete at her best at the majors. There may have been reasons for it but getting blisters on your hand is a sign you have not been competing enough at maximum intensity.

Of course, there will be discussions about her commercial activities. It happened to me, it happened to someone like Serena and it happens to everyone who breaks through at a young age. What you have to remember is that if you are successful on court everything else will look after itself and you are going to make a lot of money.

Her court position had been pushed back at Melbourne and she did not have the same belief that she displayed in New York. Also, of course, players have been watching and working out what works best against her.

There is no need for Emma to worry in the long term, she just has to get out there and play. Nadal set a good example by playing a smaller event before the Australian Open — so learn from the best. 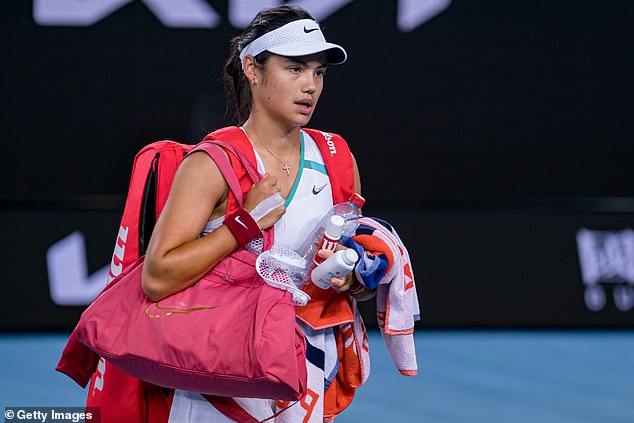 Meeting expectations is not easy and it is something you have to face. This has been probably been a factor for another Brit, Cam Norrie, who is also having to adjust.

After his breakthrough in 2021, players are looking at him differently and he has become more of a known quantity. He looks like a good pro, so I would expect him to get over his slow start to the season.

As for Andy Murray, I would not be too despondent if I were him, after his second-round loss. It probably did not help that he played until the weekend before Melbourne in Sydney, in slightly different conditions. That affected him by the time he got to round two.

If he looks at his time in Australia as a whole, he should see he is making progress. Of course, when you have achieved all that he has it is easy to get frustrated but I hope he sticks to the path he is on.

NICK STILL HAS TIME TO DELIVER ON TALENT

Nick Kyrgios has reminded us all this week that he is pure box office and that can never be a bad thing for the sport.

The sober fact, however, is that after this event he is going to have a ranking close to 120 and that is not even going to get him directly into the field for future Grand Slams, as it stands.

Naturally, he is going to be offered a certain number of wildcards for singles events but it is dangerous territory for him. Does he really want to end up playing Challenger events, or qualifying in front of very small crowds?

I just wish he was doing what he does while competing in the second week of Grand Slam singles events, because he remains perfectly capable of that. 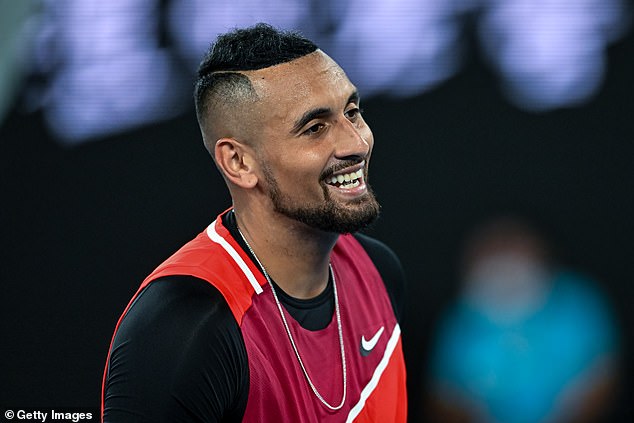 Kyrgios is only 26 and you wonder what he could achieve if he had a proper schedule, coaching set-up and a bit of discipline and dedication.

He is very active on social media and a lot of the attention around him is focused on stuff that is not really to do with tennis.

I still think he could be a top 15 player if he had half the work ethic of some others. It is not too late for him but it is getting that way. There does seem to be a greater maturity to some of the things he is saying, so maybe the realisation is coming.

The real shame would be if he gets to 35 and is full of regrets that he did not use the talent he has been blessed with. Perhaps he should imagine a chat with himself as that 35-year-old.

THINGS WILL BE DIFFERENT FOR THE FRENCH

This has been another Grand Slam when I have been in Munich in my role working for Eurosport.

I hoped that by now we would be back on site at the Slams, although of course I realise the reasons why this has not been possible.

It is just not quite the same, not being able to move around the place, talk to players in person and feel the event. I am optimistic, however. 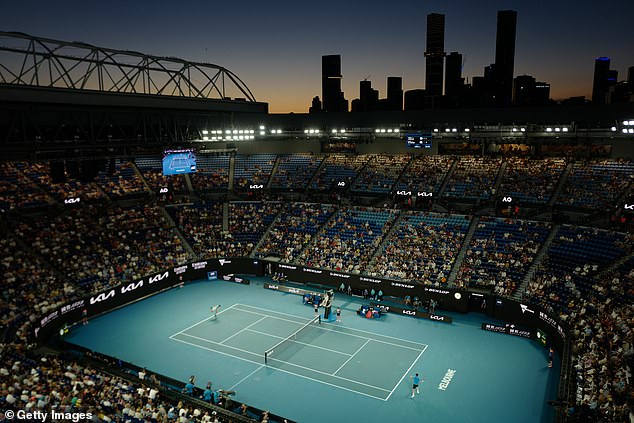 It isn’t quite the same, not being able to move around the place and actually be in Melbourne

The Covid numbers are high in France right now but I sense it is moving in the right direction and I’m glad to see the growing consensus that we get used to living with the virus and any new variant that comes.

I really hope and believe that, come the spring, we will actually be in Paris for the French Open.