Barcelona will reportedly allow defenders Clement Lenglet, Sergino Dest and Samuel Umtiti to depart the club should the right fees come in.

The Catalan giants find themselves in financial turmoil, leaving them in need of offloading players, and fast.

And defenders Lenglet, Dest and Umtiti could be sold as early as this week should suitable bids be put on the table, according to Spanish outlet Sport.

France international Umtiti has been linked with a move back to Lyon – the club he left to join Barcelona five years ago.

Barcelona desperately need to improve their financial situation after accumulating more than £1billion in debt amid the Covid pandemic. 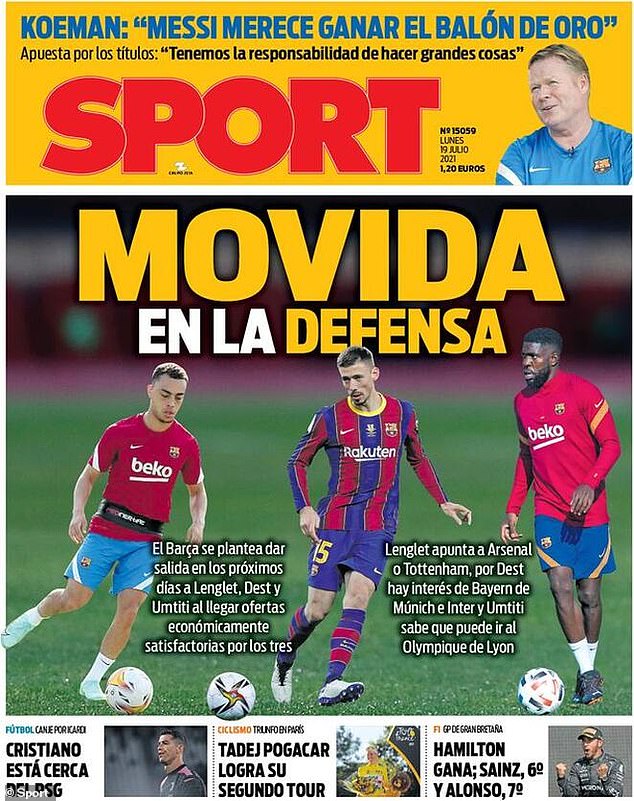 The defenders could be sold as early as this week should suitable bids come in, report Sport

They are unable to register any of their new signings, including Sergio Aguero, Memphis Depay and Eric Garcia, because they have exceeded LaLiga’s strict salary limit by 40 per cent.

The cash-strapped club could enhance their finances by selling stars and shifting players on big salaries.

Barcelona are still yet to tie down star man Lionel Messi to a new contract following the expiration of his deal at the end of June.