She’s been relishing in motherhood ever since giving birth to her baby girl Grace Warrior six months ago.

And Bindi Irwin’s brother Robert has captured those special moments in a series of stunning black and white photos.

The 17-year-old professional photographer shared the images on his Instagram page this week. 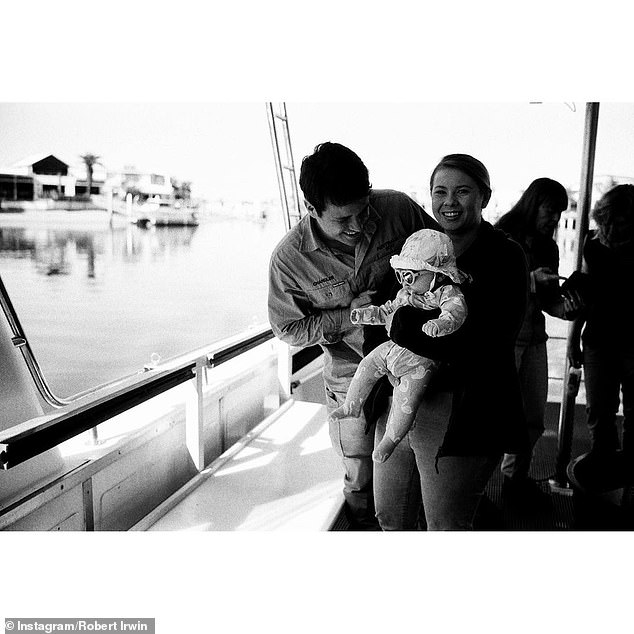 Several show Bindi and her husband Chandler Powell doting over their daughter during a recent getaway with the entire Irwin family at a farm in Queensland.

In another, Bindi reveals a glimpse of her post-baby body in a pair of skinny jeans as the family enjoy a boat ride.

Bindi also coos over Grace as she sits in her pram, while one image captures the Irwin clan, including matriarch Terri, taking their beloved dogs for a stroll. 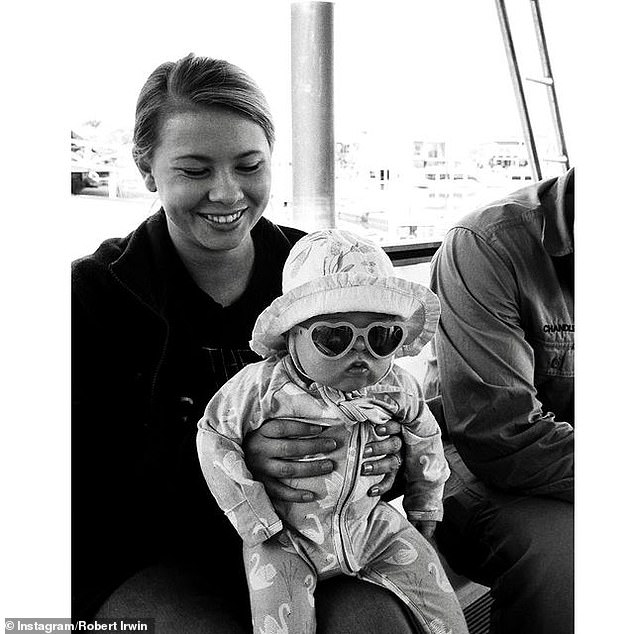 Sweet: Several show Bindi and her husband Chandler Powell doting over their daughter during a recent getaway at a farm in Queensland

Over the past few weeks, little Grace has shown off her cheeky side by poking out her tongue in photos shared on her parents’ Instagram accounts.

Bindi posted a gallery of photos of young Grace sitting in a field while holding a wooden panel with ‘six months’ engraved on it. 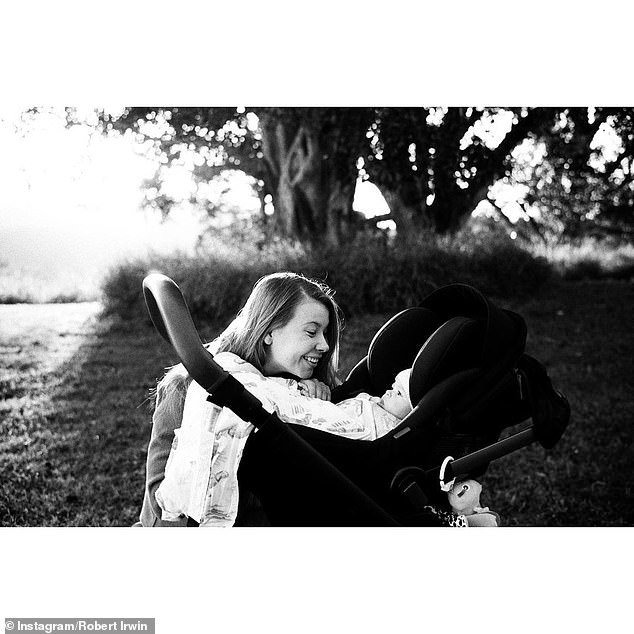 The look of love: Robert captured a sweet moment where Bindi cooed over baby Grace as she sat in her pram

‘Happy six months to our little Wildlife Warrior,’ Chandler added. ‘I’ve smiled more in this last few months than ever before thanks to you, Grace Warrior.’

Meanwhile, in February, Robert won the coveted Wildlife Photographer of The Year People’s Choice Award for his incredible photo of Australia’s bushfires.

At the time, he shared the exciting news with fans on social media and noted that his image was a reminder of the human impact on the nature.

His photograph showed the stark contrast between charred trees and an unsullied green forest, divided by a line of fire down the centre. 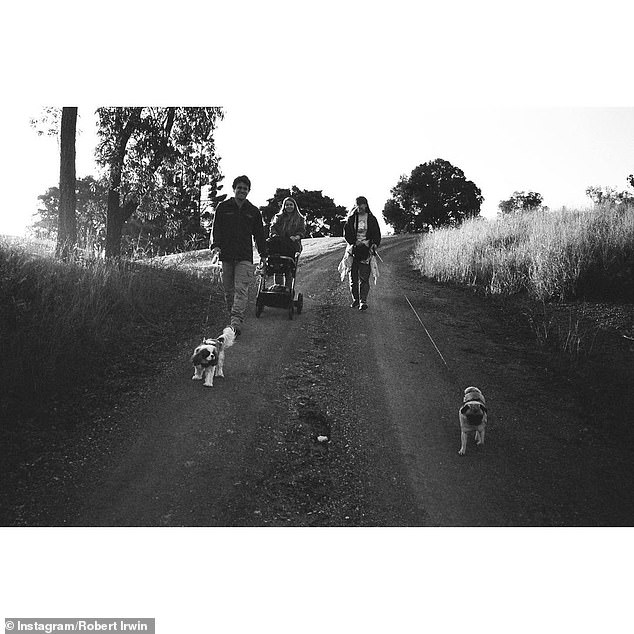 Family: One image captures the Irwin clan, including matriarch Terri, taking their beloved dogs for a stroll

He wrote: ‘I am incredibly excited to officially announce I have won the Wildlife Photographer of The Year People’s Choice Award.

‘For me, nature photography is about telling a story to make a difference for the environment and our planet.

‘I feel it is particularly special for this image to be awarded, not only as a huge personal honour but also as a reminder of our effect on the natural world and our responsibility to care for it,’ he added.

Robert went on to thank those who voted, as well as fellow photographers who were shortlisted and finalised in the competition.

He added: ‘I feel so humbled to win this award among some of the greatest nature photographers in the world.’ 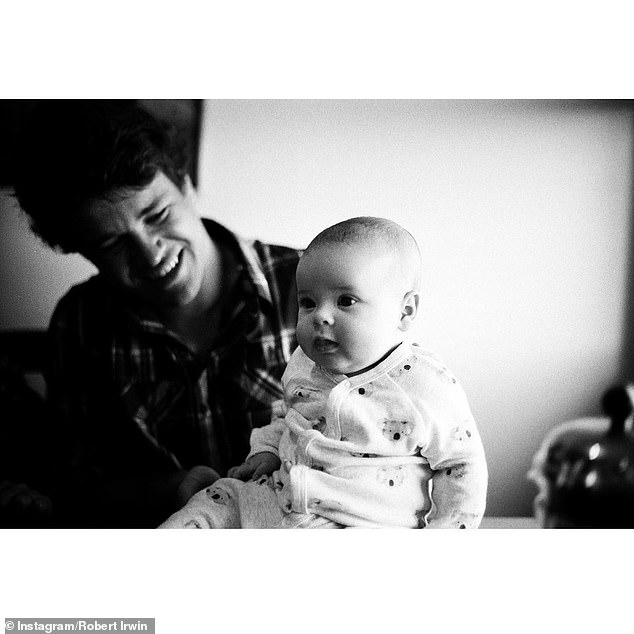 So cute! Baby Grace has been a shining light for the family for the last six months