Blac Chyna was seen yelling about vaccinations in a terminal at Miami International Airport on Sunday.

The 33-year-old, as seen in a clip posted on TMZ, had focused her attention toward another person at the travel hub.

‘Go get f****** vaccinated, stop being stupid h**,’ she was heard saying in the exchange, which was filmed from afar by another traveler. 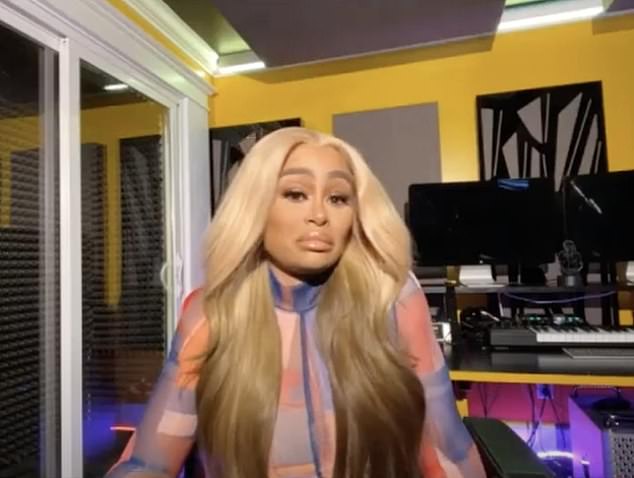 The latest: Blac Chyna, 33, was seen yelling about vaccinations in a terminal at Miami International Airport on Sunday. She was seen on the Behind The Velvet Rope with David Yontef last month

The Washington D.C. native, whose real name is Angela Renée White, was flanked by bodyguards at the airport.

Sources told the outlet that a woman with a baby had asked the celeb to take a picture, prior to Blac Chyna’s loud remarks on the topic.

Blac Chyna had her hair dyed blue and wore a colorful coat with sunglasses in the airport exchange.

Police told the outlet that no calls were made in connection with the incident. 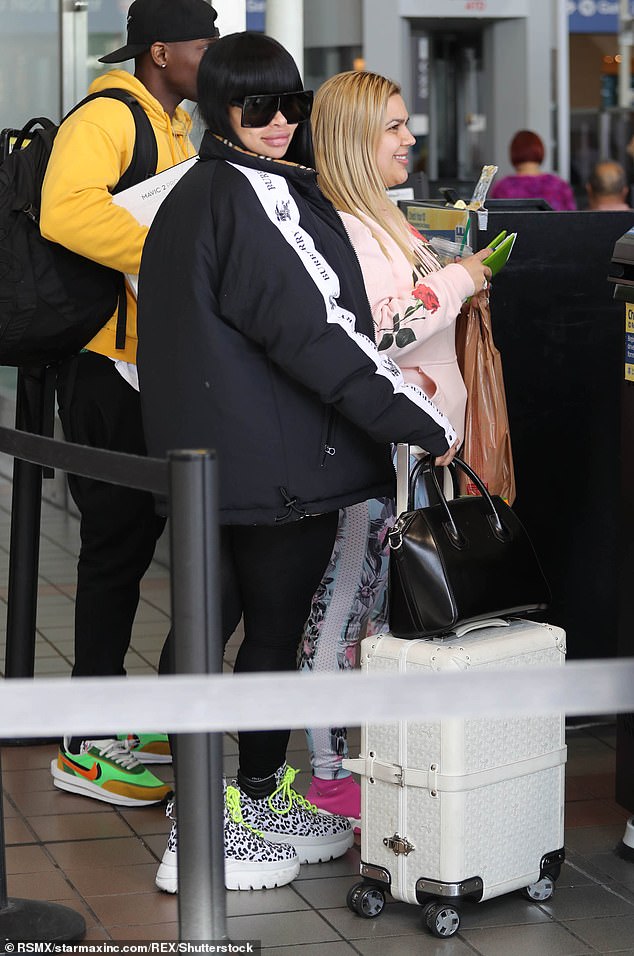 Better times: The star looked relaxed while snapped in February of 2020 at LAX 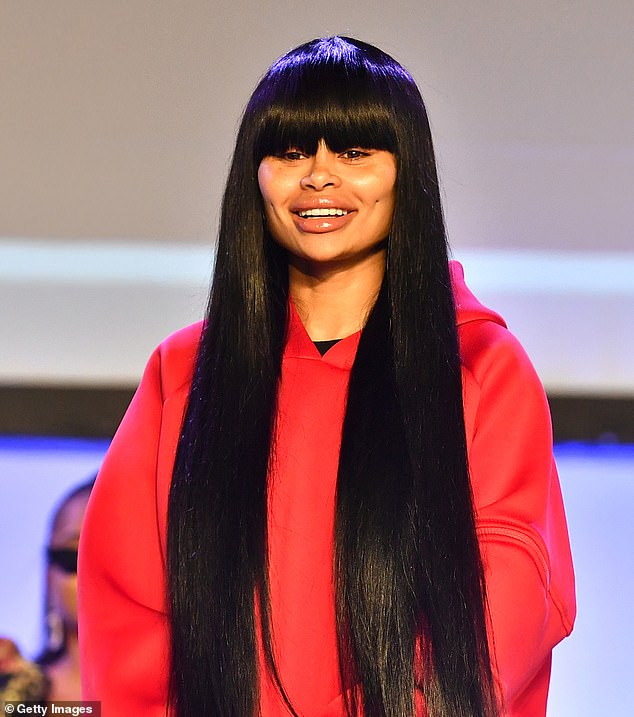 Upbeat: The star was snapped in Atlanta in 2020 where she attended a beauty event

The star was seen in an Instagram livestream earlier this year receiving a vaccination shot from a health professional.

Blac Chyna last month appeared on the podcast Behind The Velvet Rope with David Yontef, where she spoke on people’s misconceptions about her.

She said that the most prevalent ones was that she’s motivated by money and doesn’t work hard.

‘Like everything that I have, like, I work super hard for,’ she said. ‘Neither one of my children’s fathers on child support, you know what I mean?

‘Like I get out and I like grind every day and that, um, that’s that’s really it. Or maybe that I am mean. I am not even mean though. It’s people that mess with me.’