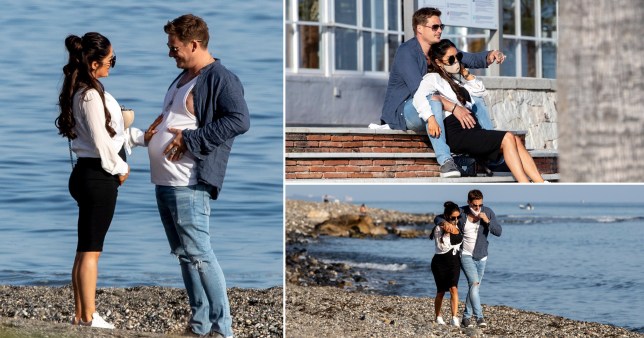 Lee Ryan and Verity Paris clowned around at the beach (Picture: Splash News)

Lee Ryan is reportedly set to become a father for the third time with his girlfriend Verity Paris, according to sources.

The couple were spotted on the beach together in Malaga, Spain, where Lee was seen cradling Verity’s stomach and puffing his own out in a mock bump.

Lee and Verity looked relaxed and happy on their stroll together, stopping for a rest on some steps, where Lee rested his hand on the Ariana Grande impersonator’s stomach.

He couldn’t resist trying on a ‘bump’ for size himself as they larked around on the romantic seaside stroll.

A source close to Blue told The Sun: ‘They couldn’t be happier. Pals have joked it will mean Lee will have some time to chat to someone who understands him. It’s early days but they’re excited.’

Lee has been with Verity, who auditioned for the X Factor in 2009, since around January 2020.

Lee pushed out his own belly to resemble a bump (Picture: Splash News)

The couple took a romantic walk together on the beach (Picture: GTres / SplashNews.com)

Lee rested his hand on Verity’s stomach as they took a breather (Picture: GTres / SplashNews.com)

The Blue singer and former EastEnders actor, 37, already has son Rayn, 12, from his engagement to hairdresser Samantha Miller, who he had met on MySpace.

He also has a 13-year-old daughter, Bluebell, from ex Jessica Keevil and was previously engaged to Atomic Kitten’s Liz McClarnon in 2003.

Lee also previously spoke out about learning to co-parent with his ex, admitting: ‘I shouldn’t have lost the family life I had with my ex-fiance, Sammi, and our little boy, Rayn. 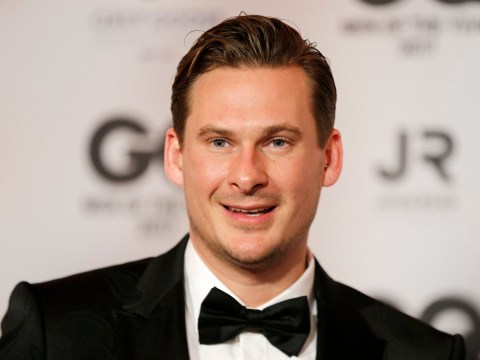 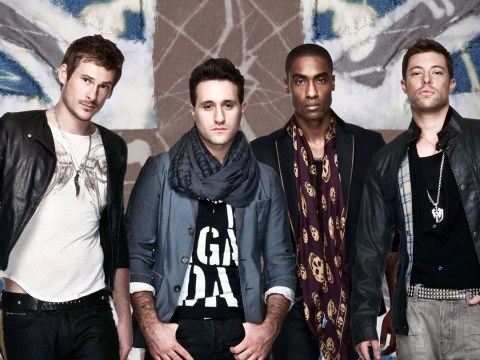 Blue’s Lee Ryan had diarrhea at Eurovision and that sounds messy, hun 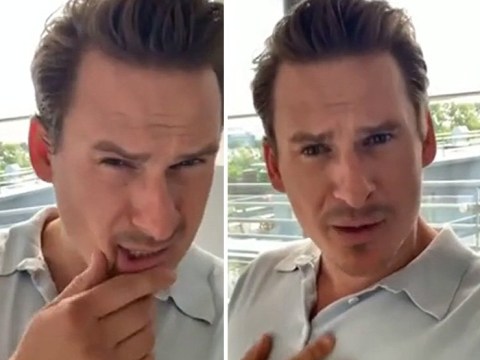 ‘He’s ten [then] and we’re really close again. But I neglected the relationship so it’s only relatively recently that he’s been able to see functioning co-parenting, something my mum and dad never achieved.’

Lee is yet to comment or officially confirm whether he and Verity are expecting their first child together.

MORE : Abigail Breslin ‘in shock’ as father dies of Covid-19: ‘I can’t wait to see you again’