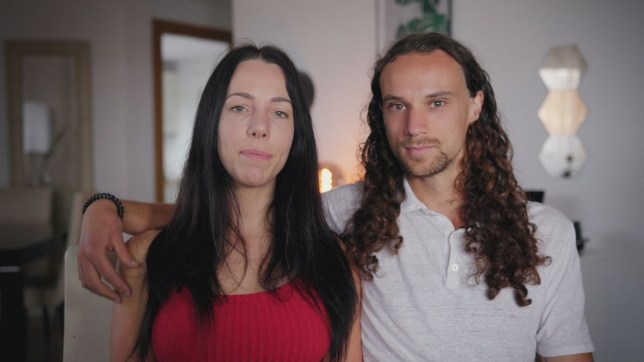 Breastfeeding My Boyfriend couple: ‘We’re not fueling the stigma or pushing a taboo’

A couple who appeared on the controversial Channel 4 documentary Breastfeeding My Boyfriend have fought back at claims their sexual practise ‘fuels the stigma’ attached to breastfeeding in public.

Lana Michaels and her fiancé Shawn – who met on a vegan dating app and produce adult content together – were interviewed on the show, explaining how breastfeeding has helped them connect on a deeper level and allowed cameras to film them in the act.

The couple said they were determined to shake off the taboo of adult breastfeeding, hoping it would become more mainstream.

However, the film aired to a mixed response last night with many viewers accusing the documentary of doing more harm than good.

One woman tweeted: ‘Mothers already get abuse for [breastfeeding] in public & you make a show, sexualising it further and adding fuel to the stigma fire?!’ while someone else agreed it was further ‘pushing the taboo that already exists around women who breastfeed their babies in public’.

Others were simply in shock, with one person tweeting: ‘What a terrible day to have eyes.’

Shawn and Luna say the backlash is misguided.

‘It’s completely different [to breastfeeding in public],’ Shawn tells Metro.co.uk. ‘It’s just a normal way of connecting with the other person when we grow up.

‘Breastfeeding between adults creates a really strong bond that helps an understanding of the other person and feel a deeper love because you’re not only exchanging the milk but getting the energy that comes from the other person.’

Lana added: ‘Women’s’ breasts have always been sexual, men have always like women’s breasts, it’s always been the case. You can compare it to feet – a lot of people like feet and have feet fetishes which is way bigger than breastfeeding but we don’t go around hiding our feet and not wearing sandals.’

The mother-of-two also said she thinks the idea that there is judgement surrounding women breastfeeding their children in public has been overblown.

‘I breastfed both of my children and always did in public and in my personal experience I’ve ever had anyone be horrible to me about breastfeeding in public or anyone trying to sexualise it,’ she says.

‘It’s happened a few times in England but I don’t think the issue of people judging people for breastfeeding in public is that big. When it happens it makes the news so it seems like it’s going on everywhere but it’s not, most people just turn a blind eye, it’s just normal.’

Lana and Shawn want to crush the taboo of adult breastfeeding (Picture: Channel 4)

Actually, since Breastfeeding My Boyfriend aired, Lana and Shawn say they’ve received nothing but positive messages from fans.

‘We’ve had many messages from men saying they wish they could be honest about how they feel, that they like the idea but they haven’t been able to tell anybody or they’ve done it with an ex and they miss it.

‘We’ve had hundreds of messages from women asking how to do it.’

The couple plan to launch a free video on their website explaining how anyone intrigued by the concept can follow their lead.

And despite the criticism, they are determined to make more documentaries and spread the message that breastfeeding isn’t just for children.

‘We just want to keep helping people to feel normal about any sexuality they have and not feel ashamed.’

Breastfeeding my Boyfriend is available to stream on All 4 now.