Sean Dyche is optimistic about new arrivals at Burnley this month but admitted the situation is complicated by the new hierarchy having to conduct business remotely because of the coronavirus pandemic.

American investment firm ALK Capital completed its takeover of Burnley on New Year’s Eve and new chairman Alan Pace pledged to back Dyche in the transfer market this month as the club bid to retain their Premier League place.

It was announced by the club at the weekend that Pace had tested positive for Covid-19, although Dyche, who believes his squad is long overdue some new blood, revealed work is going on behind the scenes. 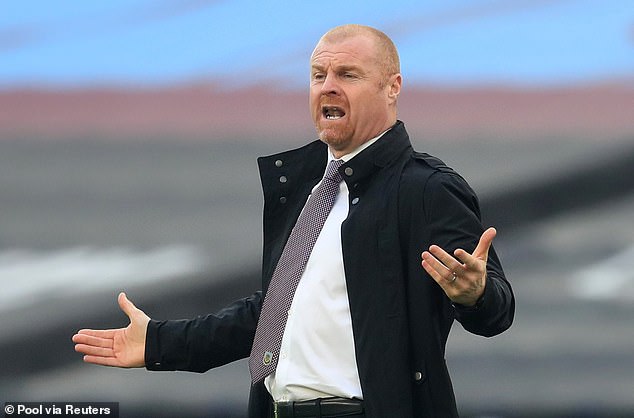 Dyche, who was tight-lipped about speculation linking Bournemouth and Norway forward Josh King with a move to Turf Moor, said: ‘No news at the moment on transfers.

‘They’ve got a hunger to be in the offices, working with people, finding out roles and about the club and how it works, they’re having to do that from a distance quite obviously, we’re having to do Zoom calls, etc.

‘There’s a time for freshness and I still think we need a bit of that, I thought we needed that at the end of the last window. (But) when we get everyone fit we look a lot more balanced. 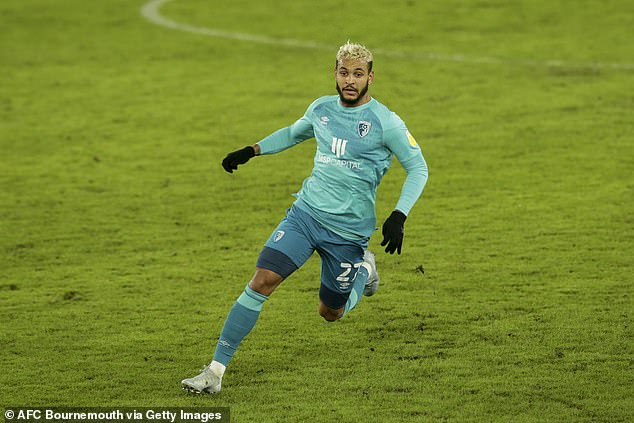 ‘At the moment there is nothing to put out there, we’re just waiting on maybes. It’s likely that more things start happening later on in the window than early – it is pushing towards it but we’ll see.’

Burnley head to Anfield to take on a Liverpool side who have not found the back of the net in their last three top-flight games – although the Clarets are the division’s lowest scorers this season with nine goals in 17 matches.

Dyche, though, backed the forwards he has, including the club’s record signing Chris Wood, to come good over the second half of the campaign.

Dyche said: ‘People often make these strange comments about needing to get a goal-scorer, do you know how much goal-scorers cost?

‘Unless someone’s going to give me that amount of money, trust me we’ll be working very hard with the players we’ve got, we believe in them. If you look at our own goal-scorers then you see the money we’ve spent on them. 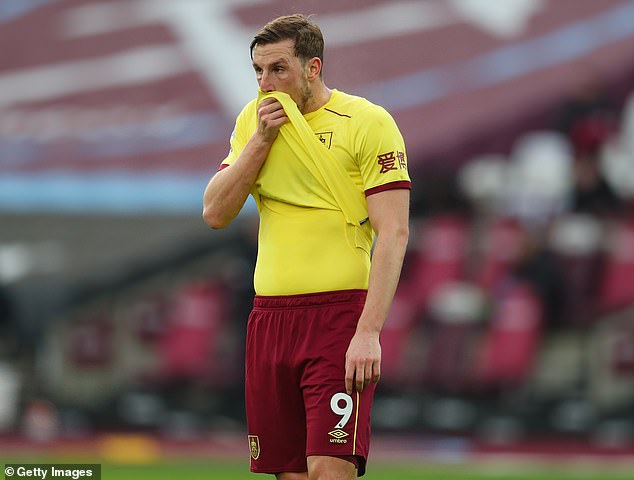 Chris Wood has struggled for goals this term, netting three of Burnley’s nine in the top flight which is at least five fewer than any other team in the division

‘It’s not just down to the strikers, I believe in all the players, we have to find goals where we can to get what we want.’

Charlie Taylor is available for the trip to Merseyside on Thursday evening, having been sidelined since suffering a hamstring injury against Sheffield United at the end of last month.

While the defending champions are on a lean run in front of goal, Dyche said: ‘I’m not overthinking they’re maybe not as free-flowing because even when they’re not, they’re still up there, delivering, winning and getting points.