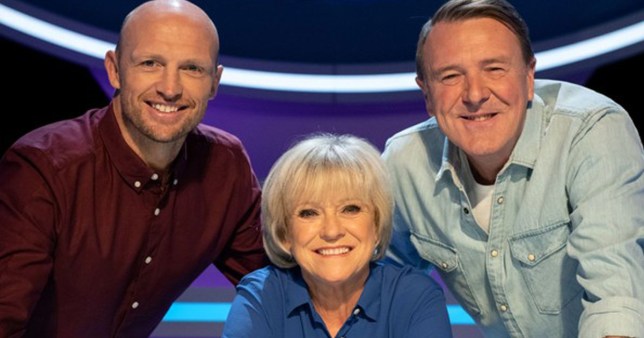 Sue Barker thanked the BBC and paid tribute to the A Question of Sport team as she bowed out from the show on Friday night.

It was announced last year that the presenter would be stepping down from the sports game show after 24 years at the helm, with team captains Matt Dawson and Phil Tufnell also leaving the series.

One-time tennis ace Sue, 65, has been on the series since 1997, keeping up the show’s tradition of having a former sports star in the hot seat.

And at the end of Friday’s episode, she said: ‘I just want to say it’s been such a privilege to sit in this chair for the last 24 years, taking over from David Coleman.

‘I’d like to say a huge thank you to the A Question of Sport team and to Matt and Phil.’

She added: I want to wish the best of luck to the three people taking these seats next.’

Sue was on the programme for 24 years (Picture: BBC)

Sue called on Matt and Phil to also make their departing comments, with Matt saying: ‘Phil and I have been part of this team longer than we’ve actually played our international careers.

‘My face will finally stop aching from all the laughter. Sue, you have been the best boss!’

Phil added: ‘Thanks to everyone who’s been involved, loved every single minute of it.’

After her departure was announced last September, Sue said: ‘I’ve absolutely loved my 24 years fronting A Question of Sport, it’s been my dream job.

Sue is one of only three hosts of A Question of Sport so far (Picture: BBC)

‘But I understand the BBC want to take the show in a new direction and I’m sad to say goodbye.’

A BBC spokesperson added: ‘We would like to thank Sue for her enormous contribution as the show’s longest-reigning host over the last 23 years and Matt and Phil for their excellent team captaincy over 16 and 12 years respectively.

‘Together they have ensured A Question of Sport remains a firm favourite with the BBC One audience.’

The BBC was hit with ageism claims following the shake-up, with Sue and Matt seemingly confirming their exit wasn’t their choice.

The BBC is yet to announce who will be replacing Sue.

Jack Whitehall has been tipped to replace Sue as the presenter of Question of Sport (Picture: Getty)

Despite all the applause, a BBC spokesperson told Metro.co.uk: ‘This is all speculation and no conversations have been had about the future line-up.’

More recently, it’s been claimed that the broadcaster is looking to turn the show into ‘a cross between Have I Got News For You and A League Of Their Own’.

According to reports, bosses are hoping to sign a comedian to host the programme, although nothing has yet been confirmed by the broadcaster.

It’s been claimed that A League Of Their Own’s Jack Whitehall is being considered as a replacement, as well as stand-up comedian Jon Richardson, who currently is a favourite on 8 Out Of 10 Cats Does Countdown.

When approached by Metro.co.uk, a BBC rep said ‘no decision has been made yet’. 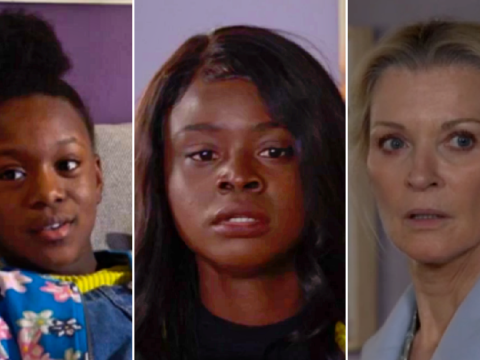 EastEnders spoilers: FGM danger for Kioni as she returns home with mum 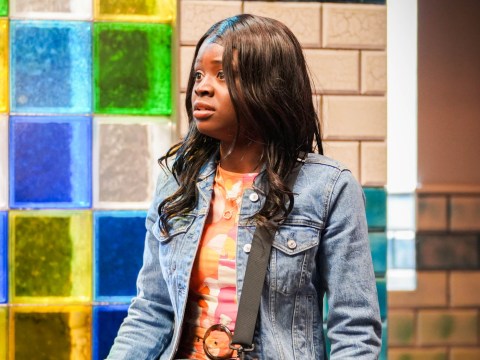 What is female genital mutilation or FGM as EastEnders starts grim story? 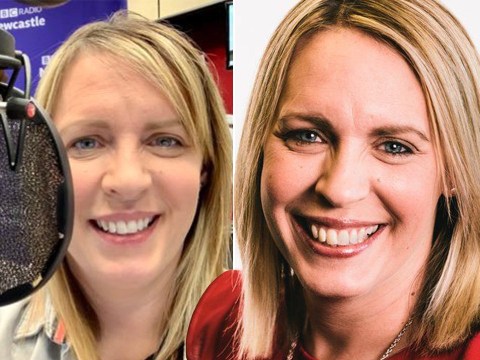 ‘Bosses are trying out various line-ups, and are keen on getting a comedian, rather than ex-sportsperson, to front it,’ a source told The Sun.

‘The hope is to attract younger viewers and give the show a new lease of life. Everyone at the Beeb is really excited. It’s going to be brilliant.’ 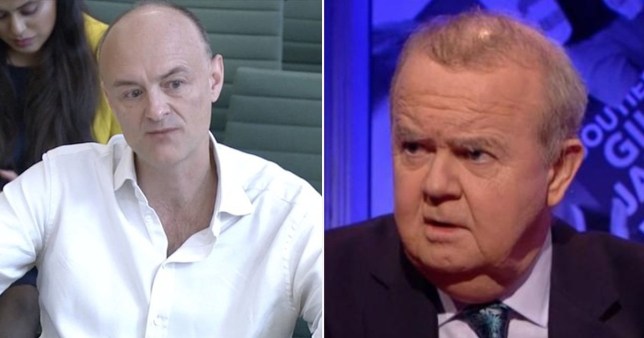 Ian Hislop did not mince his words when it came to Dominic Cummings’ appearance at the Commons Select Committee this week, slamming it as ‘one of the most disgusting performances in public life.’

The Have I Got News For You team captain, 60, and the rest of the panel picked apart the seven-hour hearing in which Cummings gave evidence about how Prime Minister Boris Johnson and his team handled the coronavirus pandemic.

Other captain Paul Merton said: ‘Dominic Cummings has been giving evidence, Seven hours’ worth I believe. He made lots of powerful statements and somebody’s lying, somewhere in the middle of all this. Not everybody is telling the truth.

‘He’s made various accusations and Boris and Matt Hancock have denied them.’

Hislop – who was joined by David Mitchell – joked: ‘It’s good that we’ve got David on tonight, because it’s an episode of Would I Lie To You?’, and the answer is, for everyone… yes they did.

‘He said “Boris Johnson is not fit to be Prime Minister.” Of course he isn’t, he appointed you! That doesn’t take eight hours, does it?’

Dominic Cummings spoke out on the government’s handling of the coronavirus pandemic (Picture: PRU / AFP)

Hislop added: ‘He did that classic thing at the start of saying it’s all everybody else’s fault. Would you believe it?

‘The government has really handled this very badly… if only there’d been someone at the heart of government who could have said “this whole thing is going wrong.” Maybe an advisor… maybe a senior advisor…

‘It was one of the most disgusting performances in public life that I can remember.’

Mitchell asked: ‘Assuming we can believe a word the devious b*****d says, who is to blame for everything?’

‘It’s absolutely extraordinary that he only noticed that the Prime Minister was utterly useless when he was sacked.

‘It just didn’t occur to him the whole time he was on board with the project, and then suddenly, “Oh my goodness, I’ve suddenly realised… you’re an idiot, and so am I!”’ 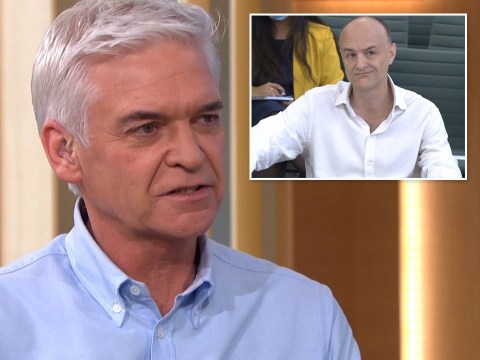 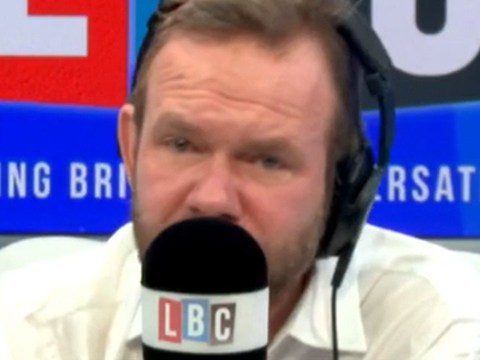 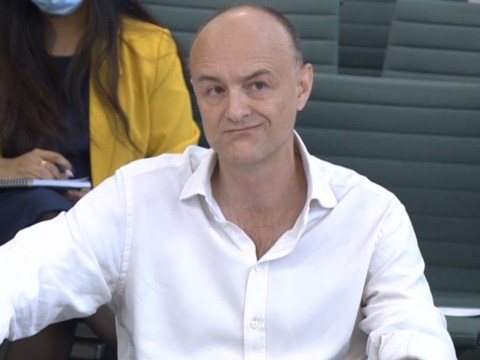 There were no winners from Dominic Cummings’ testimony

The new episode was the second of the series to be filmed in front of a live audience, with members being socially distanced and sat in household groups and wearing masks to adhere to government guidelines.

Have I Got News For You continues on BBC One at 9.00pm tonight, guest hosted by David Mitchell. 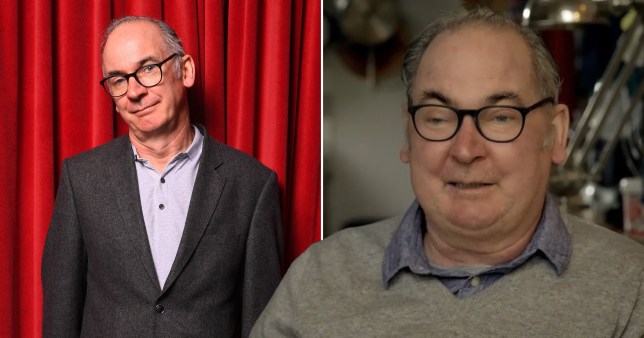 Paul Ritter died at the age of 54 from a brain tumour (Picture: Getty/Channel4)

Paul Ritter left Friday Night Dinner fans emotional after he appeared in the Channel 4 special on Friday night, having filmed his interview for the documentary prior to his death.

Last month, it was announced Paul had died at the age of 54 from a brain tumour, shortly before the release of the show’s celebratory 10 year anniversary episode.

And viewers were shocked and saddened to see him looking unwell on the programme.

Taking to Twitter, one person wrote: ‘Words can’t describe how I feel watching the anniversary special of #FridayNightDinner. Breaks my heart that Paul Ritter isn’t here to see it being broadcast.’

Another tweeted: ‘So unbelievably sad to see Paul Ritter so clearly very ill…..all of the cast in #FridayNightDinner are spot on – but Paul just took it to another level. God bless him.’

Someone else posted: ‘#FridayNightDinner aww poor Paul look at him.’

He was a much-loved lead member of the Friday Night Dinner cast (Picture: Getty)

‘He looks really unwell, but the fact that he wanted to take part in the anniversary episode just goes to show how dedicated he was to the show! #FridayNightDinner,’ posted someone else.

While another person added: ‘Seeing Paul Ritter, and seeing what his illness did to him, is just heartbreaking to see Crying face#FridayNightDinner.’

Another saddened fan shared: ‘Very difficult to see Paul Ritter as he was in declining health during the #FridayNightDinner 10 year special. RIP, Paul.’

Words can’t describe how I feel watching the anniversary special of #FridayNightDinner. Breaks my heart that Paul Ritter isn’t here to see it being broadcast.

So unbelievably sad to see Paul Ritter so clearly very illâ¦..all of the cast in #FridayNightDinner are spot on – but Paul just took it to another level. God bless him.

Seeing Paul Ritter, and seeing what his illness did to him, is just heartbreaking to see ð¢#FridayNightDinner

Very difficult to see Paul Ritter as he was in declining health during the #FridayNightDinner 10 year special.

And Tamsin paid tribute to her co-star at the start of the anniversary episode.

‘I’m sure you know very recently we lost our dear and cherished friend Paul Ritter. We all miss him terribly.

‘An incredible actor, a true friend and a lovely human being.

‘Sadly at the time of making the documentary, Paul was pretty unwell and to be honest – and don’t tell the producers this – but I did try and persuade him not to do the interview.

‘But it is testament to Paul’s courage and generosity and dignity and complete lack of vanity that he wanted to participate in the documentary, to do an interview, and to really celebrate this little world that he’s been a part of and that he’s enjoyed so much over the years.I know that Paul would want us all to sit back and laugh and enjoy this celebration of the FND universe.

In a statement, the late actor’s rep said that Paul ‘died peacefully at home with his wife Polly and sons Frank and Noah by his side’.

The Friday Night Dinner cast have celebrated 10 years of the show (Picture: Getty)

In one part of the documentary, Paul shared his favourite scene from the show, a ‘moving’ moment when Wilson, the dog owned by the Goodman family’s eccentric neighbour Jim Bell (Mark Heap), dies.

‘My favourite bit of Friday Night Dinner has to be the death of Wilson,’ he said.

‘It was very clever by Robert because Wilson was the character who died, but it actually unlocked all our feelings about Jim.’ 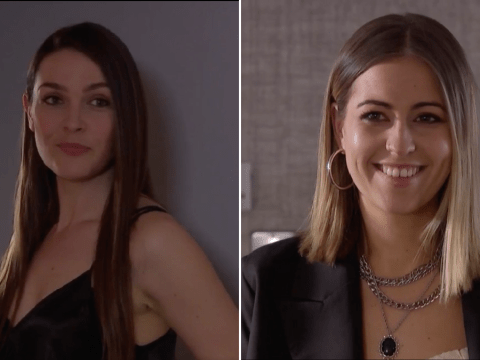 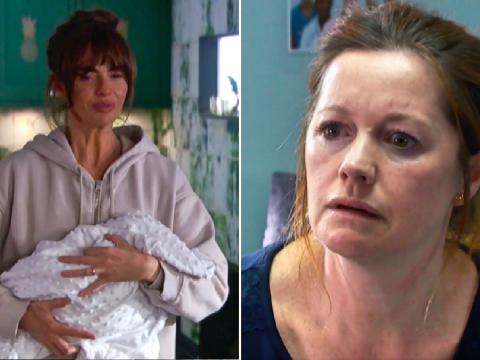 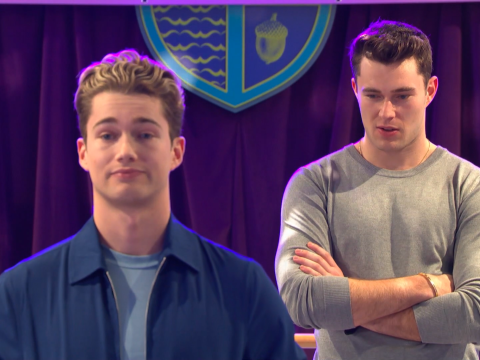 In addition to Paul, Tamsin and Mark, the other stars of Friday Night Dinner include Simon Bird and Tom Rosenthal as the Goodmans’ sons, Adam Goodman and Jonny Goodman respectively.

MORE : Kaley Cuoco channels every Friends fan as she cries with hysterical laughter during reunion special