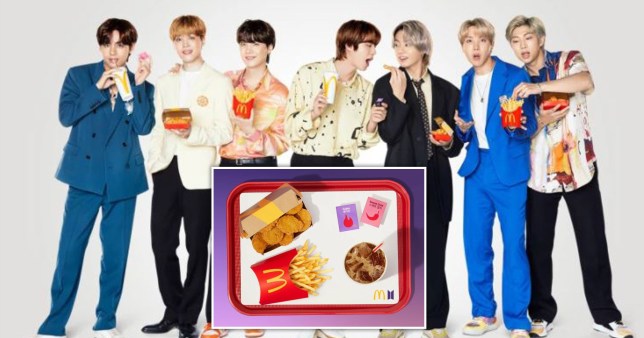 The BTS meal is a new take on the classic McNugget meal (Picture: McDonalds Corp)

BTS’s latest collab is a delicious one – the band have officially got their own meal at McDonald’s based on their favourite order.

Fans in almost 50 countries will be able to get their hands on the BTS meal, which consists of 10 Chicken McNuggets with cajun and sweet chilli sauces, medium fries and a Coke.

The meal is already available in the USA from May 26, but sadly for UK Armys, it is currently not set to be released in the UK.

While the official BTS Meal is not available in Britain, it shouldn’t be too hard to recreate most of it with standard menu items, minus the sauces.

As well as the food, there is also a bunch of exclusive content for fans, released weekly on the McDonald’s app, including an immersive backstage 360 experience as well as a Flipbook and portrait series.

BTS have also created merchandise to go along with their McDonald’s collab, including bags, hoodies and even a dressing gown with a logo of a packet of fries on the front, designed by the band (in purple, of course).

The meal is based on the K-pop stars’ favourite order (Picture: McDonald’s Corp. / PRNewsPhoto)

It’s not the first time McDonald’s have teamed up with some of the world’s biggest stars, as they previously also released meals in honour of Travis Scott and J Balvin.

Other food and drinks brands have also done similar promotions, including Dunkin’ Donuts naming a drink after TikTok star Charli D’Amelio, while Shawn Mendes had his own cauliflower rice bowl at Chipotle. 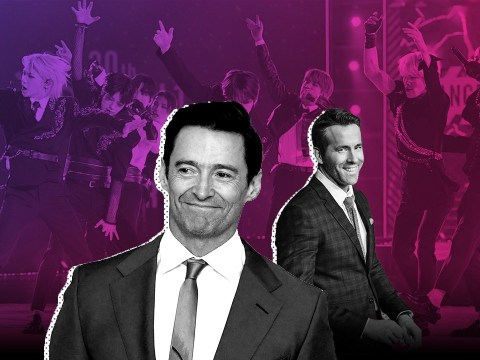 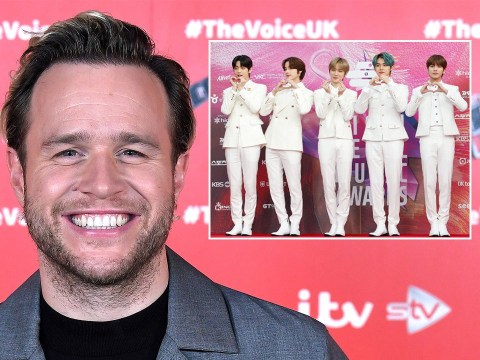 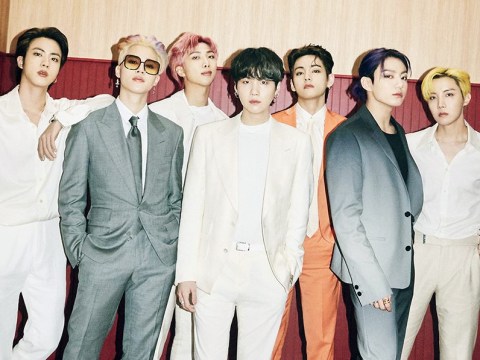 From BTS to Everglow: Big K-pop comebacks in May 2021 to get excited about

Given that anything BTS touch tends to sell out in seconds (with Jungkook especially being the Sold Out King), there’s no doubt these meals are going to be hugely popular.

Here’s hoping McDonald’s eventually brings it to the UK too, but until then it’s a standard McNugget meal for the UK Army.

MORE : Coldplay’s Chris Martin is a man of taste as he celebrates BTS and Eurovision’s James Newman 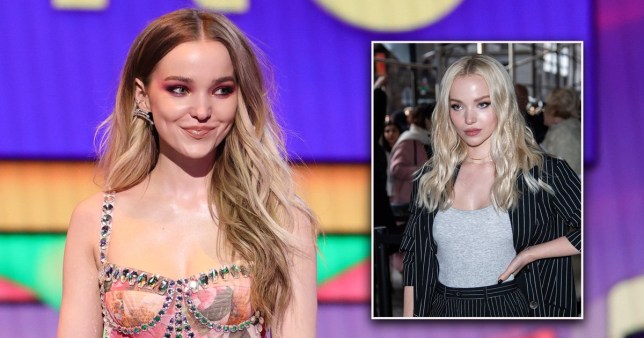 Dove Cameron feared coming out as she was worried she wouldn’t be accepted by fans.

The actress, 25, came out as bisexual during an Instagram Live session last year.

And, while the Liv and Maddie star was nervous at first, she’s glad she can be an inspiration to her fans.

She told Gay Times: ‘I was never confused about who I was. I felt like I wouldn’t be accepted and I had this strange narrative that people wouldn’t believe me.

‘I hope it helps, that’s why I came out,’ she added. ‘It felt like something that I could never talk about. I feel like the industry has changed a lot in terms of having room for people with platforms to be human and not to be picked apart.’

The US star concluded: ‘I was really nervous to come out and, one day, I dropped it because I was behaving like somebody who was out and I realized I wasn’t.

‘When you are who you are, you assume people see that and then you realize, “No, I have to come out otherwise people aren’t gonna know.”’

Dove previously dated actor Thomas Doherty but she confirmed in December they had split after four years, telling fans they remain friends.

The Descendants actress, 24, who met Thomas on the set of the second movie in 2016, shared a statement on her social media accounts to tell fans the couple split in October.

Fans had suspected the couple were no longer together after they were last spotted together in August.

Dove wrote: ‘Hi all. We know there have been some rumours and confusion lately about the status of our relationship and we wanted to set the record straight. 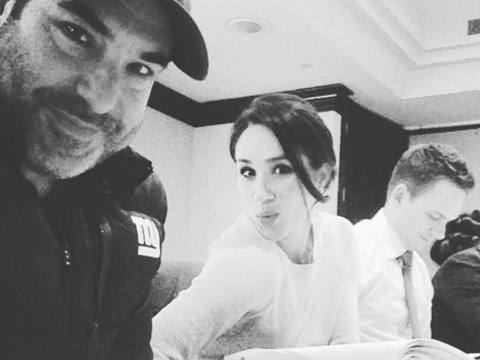 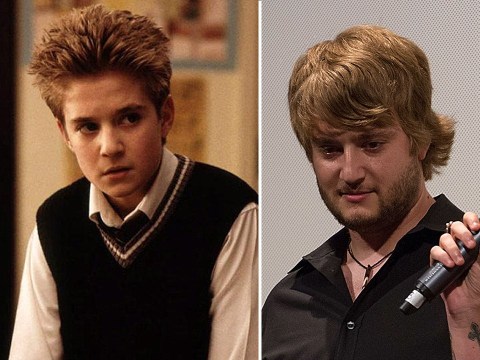 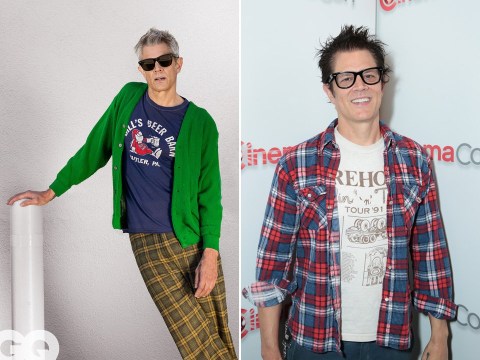 People are only realising now how old Johnny Knoxville is

‘In October, Thomas and I decided to part ways. The decision was incredibly difficult, but we still have love for each other, and will remain friends.

‘Thank you for allowing us our privacy in this time.’

MORE : Jamie Oliver was spat at and still gets called an ‘a**ehole’ for banning Turkey Twizzlers from school dinners 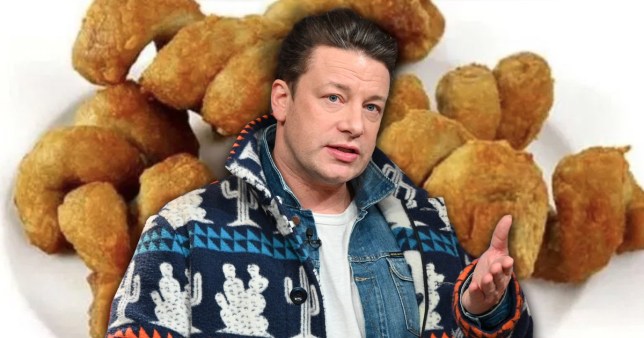 Turkey Twizzlers have been a thorn in Jamie Oliver’s side since 2005 (Picture: Getty)

Jamie Oliver has revealed he still gets stick for getting Turkey Twizzlers banned from school dinners in 2005, including being called an ‘a**ehole’ on a recent trip to the zoo.

The celebrity chef, 46, had campaigned for schoolchildren to get better meals, including getting rid of the lunchtime favourite after finding the meat content within them to be lacking.

Turkey Twizzlers were banned in schools in 2005, which did not go down too well with some pupils who had loved the school dinner staple.

He revealed during an appearance on the 12 Questions podcast with Fraser T Smith this week that it upset people so much that he would get spat on and people still think he is an ‘a**ehole’.

He laughed: ‘When I was walking around schools as a 28-year-old, I was getting so much abuse. I had so much DNA on my back every day when I got home… it was proper filth.’

Jamie revealed that some people who were in school at the time still have not forgiven him for getting rid of Turkey Twizzlers as they bring it up when they see him to this day,

Over 271,000 people across the UK signed Jamie’s petition for healthier school meals in 2005 (Picture: J.Tregidgo/WireImage)

He explained: ‘It’s funny, I was in the zoo the other day when they opened up again, with my kids, and you know two metres away they go: “That’s Jamie Oliver over there.” 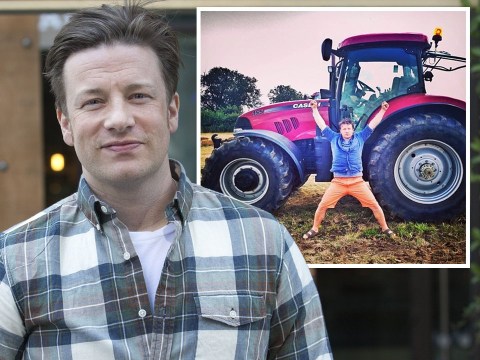 ‘I said “You probably wouldn’t like the original ones then,” and she goes: “No I did, and you took them, you stole them away from me!”’

Jamie admitted ‘you can’t please them all,’ after his attempt to get more meat into the Turkey Twizzlers, which were finally reintroduced last year with a ‘much-improved’ turkey content of 67-70 percent.