A much-changed Rangers side signed off their Premiership campaign with a 3-1 win away to Scottish Cup final opponents Hearts.

Ibrox manager Giovanni van Bronckhorst rested all his big guns ahead of a big week in which his team will face Eintracht Frankfurt in the Europa League final in Seville on Wednesday before meeting the Jambos at Hampden next Saturday.

Hearts boss Robbie Neilson, in contrast, gave game time to all of those expected to feature in the final and the move appeared to backfire as top-scorer Liam Boyce limped off with a groin injury in the first half. 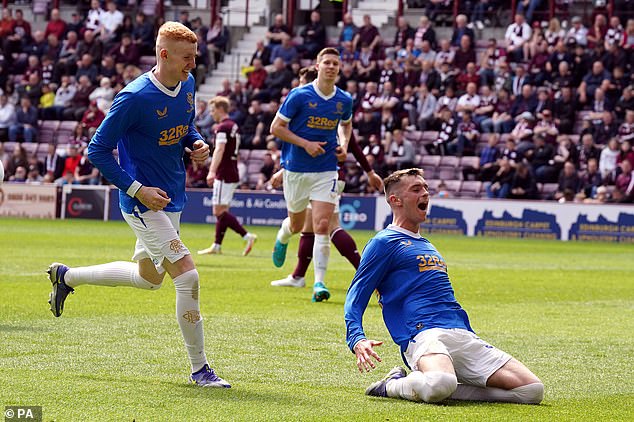 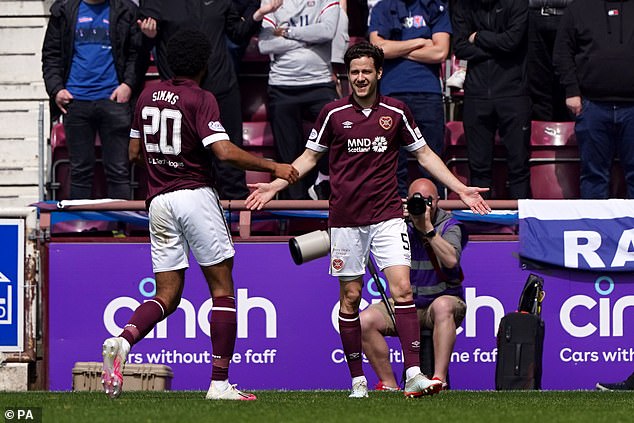 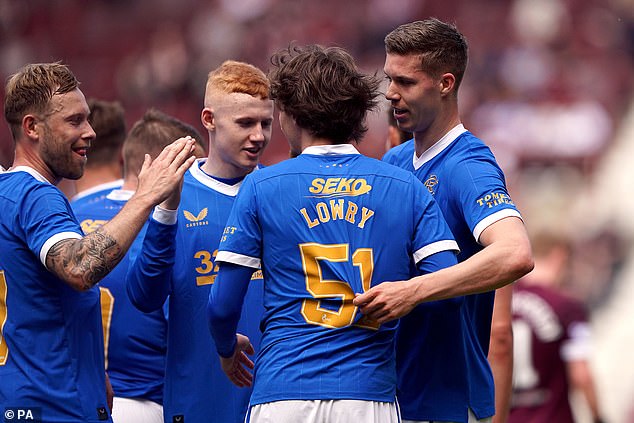 Peter Haring gave Hearts the lead, but goals from Cedric Itten and Alex Lowry turned the game around before half-time and debutant Cole McKinnon wrapped up victory for Rangers late on.

There were six changes to the Hearts side that started the 2-1 defeat at Motherwell in midweek as key men Craig Gordon, Michael Smith, Stephen Kingsley, Ellis Simms, Cammy Devlin and Barrie McKay returned to the side, with Ross Stewart, Taylor Moore, Nathaniel Atkinson, Ben Woodburn, Josh Ginnelly and Andy Halliday dropping out.

Craig Halkett and John Souttar were both named among the substitutes as they stepped up their bids to prove their fitness for the final, and both got on in the second half. 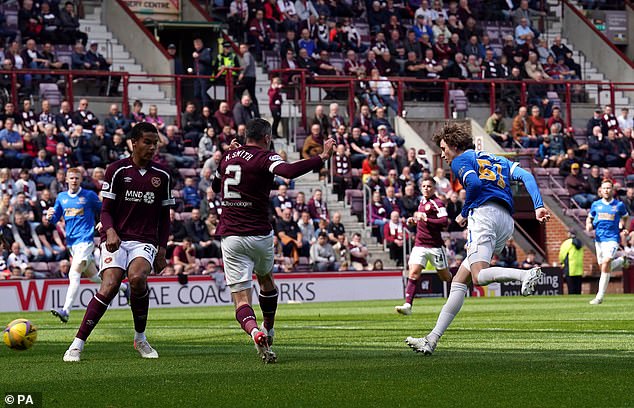 Rangers, with 10 changes to the side from Wednesday’s win over Ross County, had the first attempt of the match after seven minutes, but Scott Arfield’s low half-volley from the edge of the box was straight at Gordon.

Hearts suffered a blow in the 12th minute when Boyce pulled up clutching his groin and had to be replaced by Ginnelly.

Rangers defender James Sands had to slide in and make a vital intervention in the 19th minute to stop Simms turning in a Ginnelly cross. 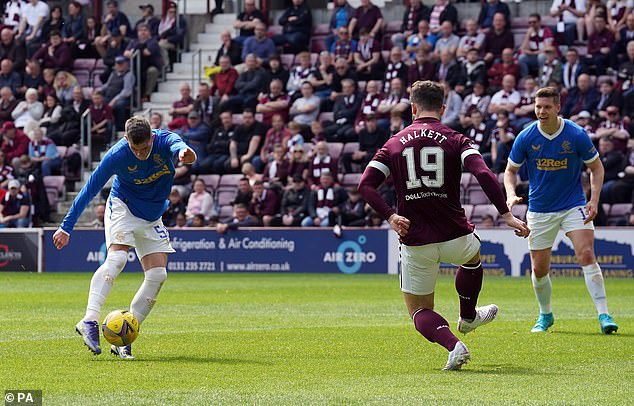 The Jambos made the breakthrough four minutes later when Haring fired in a low angled shot after being teed up by Simms just inside the box.

Rangers equalised in the 32nd minute, however. After Itten saw a shot pushed behind by Gordon, the Swiss striker rose to power home a header from the resulting corner, taken by Lowry.

The visitors went ahead in first-half stoppage time when Lowry slotted a low finish beyond Gordon from 12 yards out after some good footwork to create space for himself.

McKay went close to an equaliser with a couple of efforts from the edge of the box around the hour mark before the Hearts playmaker blazed a close-range effort high over soon afterwards.

But Rangers stretched their advantage in the 81st minute when 19-year-old McKinnon, on as a substitute, fired into the bottom corner from 15 yards out.