Chelsea captain Cesar Azpilicueta has called on his side to finish the job and win the Carabao Cup next month.

The Blues booked their place in February’s Wembley final against either Liverpool or Arsenal after they completed a semi-final win over Spurs, reaching their third final in just over 12 months under Thomas Tuchel.

Antonio Rudiger’s first-half goal in Wednesday night’s second leg earned them a 3-0 aggregate win, but the skipper says it will count for nothing unless they finish the job. 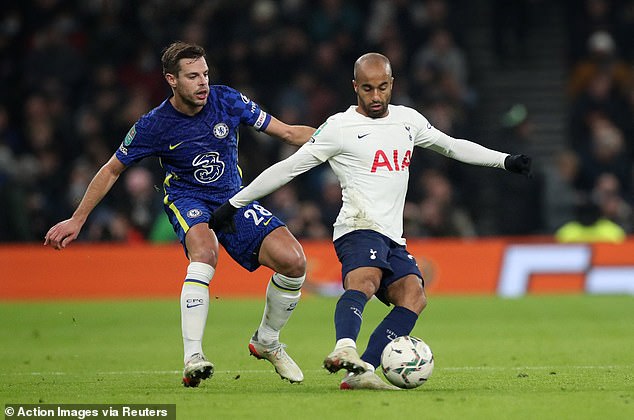 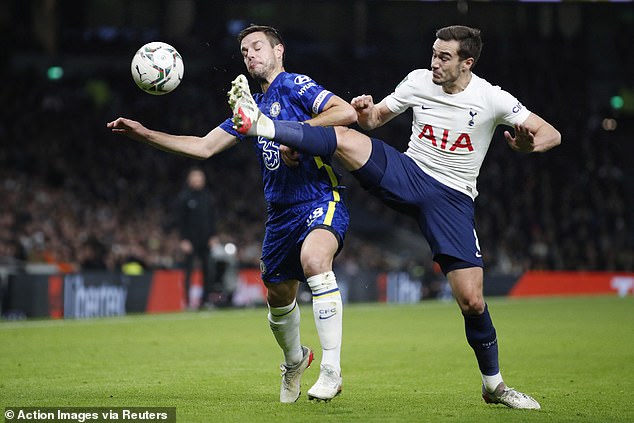 ‘In less than one year to be in three finals, it is amazing, but now we want to win,’ he told the club website.

‘When we lost together in the FA Cup final, it hurts a lot, and now we have the chance with the Carabao Cup and we have to go step by step.

‘I think the team is improving a lot, we have still big room for more improvement and we have to keep working.

‘That’s the aim when we start every competition, we want to get as far as possible and fight for trophies. Of course we are happy to get through, to play in another final, but now we want more, we want the trophy. 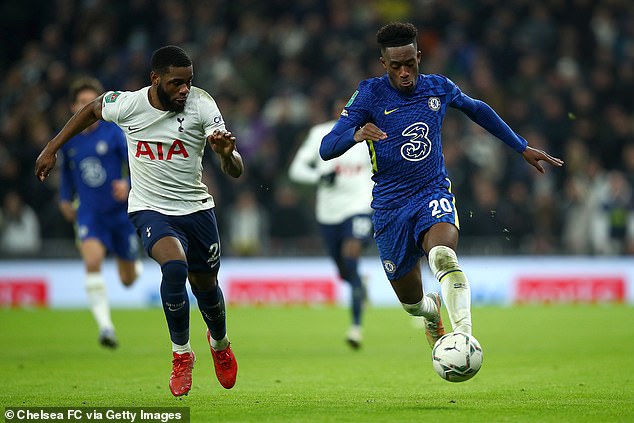 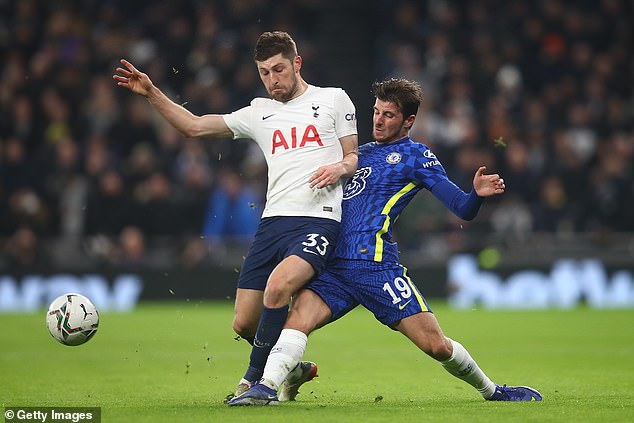 Azpilicueta wants team-mates, including Mason Mount (right) to not miss out on a trophy 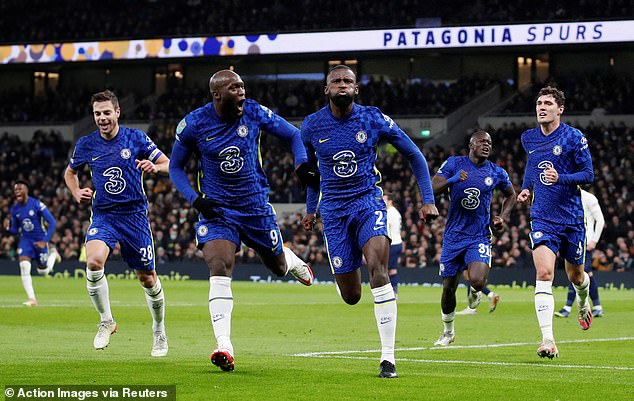 ‘Once you get in the final you don’t want to just be happy to be there, you want to win it, and we will do our best.

‘A trophy is a trophy. Here at Chelsea we don’t make selections of trophies, we go for everything. The big ones have more impact, but what we all want is to be able to celebrate silverware with the fans at the end of the season.’

Tottenham boss Antonio Conte looked crestfallen after the game as the size of the task he has inherited at Spurs begins to fully register.

Conte called his side a team ‘in the middle’ after last week’s first leg and following Wednesday’s home defeat he said it was impossible to compare them with Chelsea.

‘I think when you play against a top team, the risk of defeat is very high. That’s it.

‘If you think you don’t risk against this type of team, it means you are a dreamer. Only a dreamer.

‘Otherwise if you see the reality, you can understand there’s a big difference in this type of game. If you play 10 times maybe, you risk a lot of times to lose.’