A crucial meeting for the future of European club football will take place today with UEFA attempting to fend off the threat of a breakaway super league.

Proposals will be made for a new-look Champions League competition from 2024 at the extraordinary meeting involving Premier League clubs and their continental rivals which will see a plan presented to ditch the current group stage.

UEFA is understood to replace it with one league where each team plays 10 matches in a so-called ‘Swiss system’. 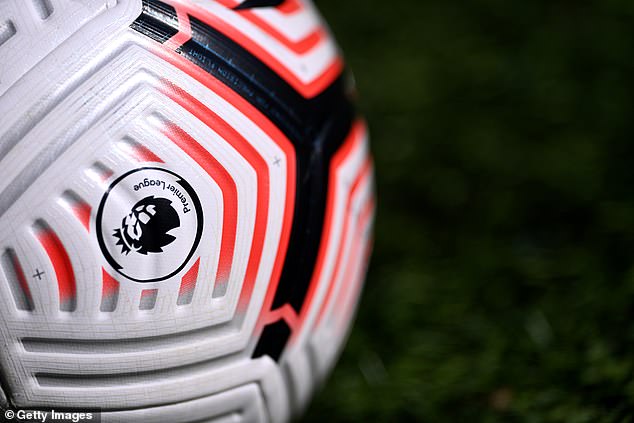 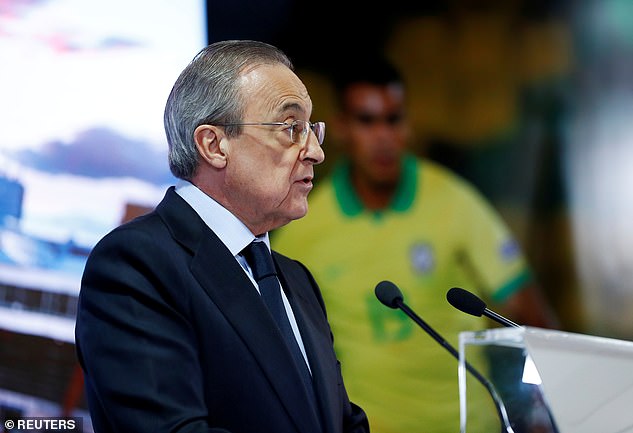 Real Madrid’s Florentino Perez is said to be leading a campaign to form the £4.6bn tournament which would be a breakaway competition featuring only top clubs

Manchester United, Real Madrid and AC Milan are the driving forces behind the plans for a European Super League, to replace UEFA’s Champions League, according to The Times.

An 18-page proposal includes details of the proposed league, which includes plans for the format, membership, prize money and even financial fair play rules.

The current proposal is for the league to have 15 permanent founder members, who would receive greater financial reward and five annual qualifiers.

The league would be divided into two groups of 10. The top four in each group would compete in quarter-finals, semi-finals and a final, which would be held at a weekend.

Participating teams would play between 18 and 23 matches a season, as well as competing in their domestic leagues.

It is believed the plan would be for six clubs to be included as founder members from England — this could be the Big Six of Liverpool, the two Manchester City and United, Chelsea, Arsenal and Tottenham Hotspur — plus three from Spain, three from Italy, two from Germany and one from France.

The document highlights the benefits of the super league, including huge revenues for participating clubs as well as the ability to offset losses associated with Covid.

The privileged teams with ‘founder member’ status would be awarded up to £310m to join the competition and as much as £213m from competing in the partially closed league.

That increase from six matches to 10 in the autumn would have calendar implications for Europe’s domestic leagues, and from an English perspective would most obviously have an impact on the future of the Carabao Cup.

UEFA president Aleksander Ceferin has previously said it would be ‘better for everyone’ if that competition was ditched.

Premier League clubs discussed the proposals for the first time on Thursday, according to the Telegraph.

The outlet claimed that six English clubs would potentially play in the Champions League, with two teams entering based on their UEFA ranking from previous performances alongside the top four in the table.

Top-flight bosses are said to be yet to reach any decisions, although they are thought to be eyeing a set of recommendations to be put to UEFA.

The European Super League was reportedly not discussed, and no model is said to have been suggested yet for how revenue will be distributed.

It is not yet clear if the leagues will give their approval to UEFA’s proposal or ask for further time for consideration, but time may be a factor given increased momentum behind the European Super League.

Real Madrid are understood to be leading the breakaway project, which FIFA and the six continental confederations – including UEFA – have said they will not recognise.

FIFA has also warned any players involved in a Super League would be barred from international competitions such as the World Cup.

European football’s governing body has been consulting with various stakeholders on its proposals to revamp its competitions from the 2024-25 season onwards, including European Leagues and the European Club Association.

Concerns have been expressed that accommodating all 32 or 36-team leagues in one league offers the ‘flexibility’ for the number of matches to be increased beyond 10 in the future. 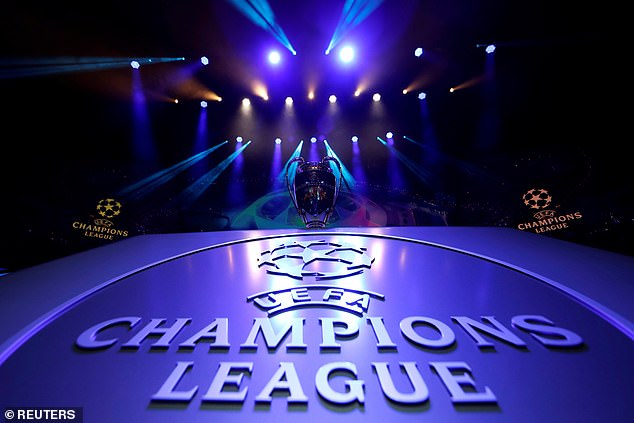 European Leagues president Lars-Christer Olsson said in December: ‘I think it could be possible to squeeze another four dates into the calendar if we can see what kind of effect it is having on national team matches and other things, but it’s too early to say now, it needs to be part of our negotiations.’

Bayern Munich chief Karl-Heinz Rummenigge was among those to express serious reservations about the project of creating a European Super League when the idea first emerged.

‘If the system changed, it could make it more difficult for many people to identify with football,’ Rummenigge said in an interview with TZ and Merkur.

‘It could cause serious damage to the national leagues. That is why I have my reservations. 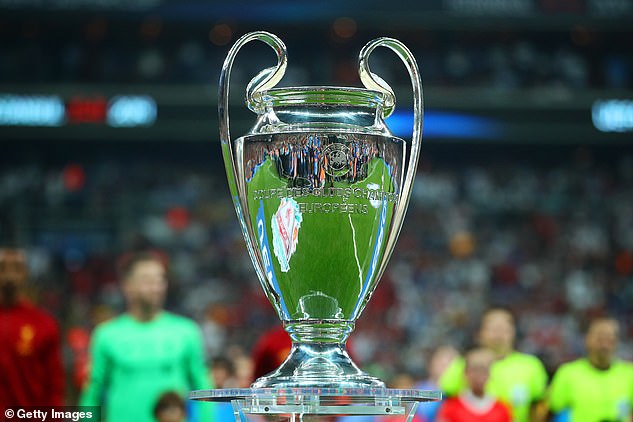 ‘If I had to decide today for Bayern, I would decline.’

Kevin Miles, the chief executive of the Football Supporters’ Association, warned that the project would ‘destroy’ domestic football.

He said: ‘They want to siphon off more and more resources to a handful of elite clubs with a guarantee of participation. It’s a bad idea.

‘It would ultimately be the death of many of the already struggling clubs in the English football pyramid.’