Chloe Ferry set pulses racing as she posed for Instagram photos on Thursday.

The Geordie Shore star, 26, looked sensational in the snap as she wore a racy black body con dress which boasted sexy cut out detailing.

She paired the stunning number with thigh high suede peep toe boots as she posed on her kitchen work top. 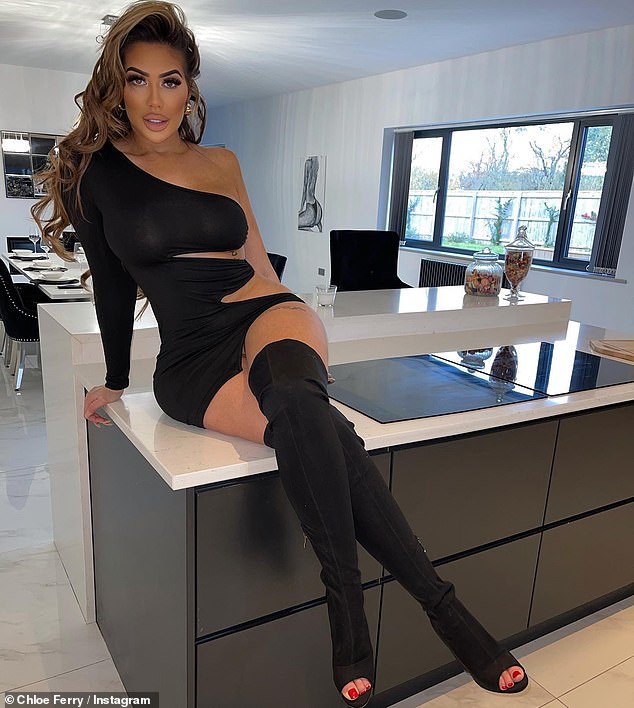 Wow! Chloe Ferry, 26, set pulses racing as she posed on her kitchen work top in a VERY sexy black cut out mini dress for Instagram photos on Thursday

Her walnut locks were swept into a deep side parting which cascaded over one of her shoulders in loose waves.

Chloe had applied a stunning make up look consisting of lashings of mascara and nude coloured lip colour across her full pout.

The post comes after Chloe labelled her new man ‘a lover not a fighter’ as she shared a video of his ‘cauliflower ear’ on Sunday. 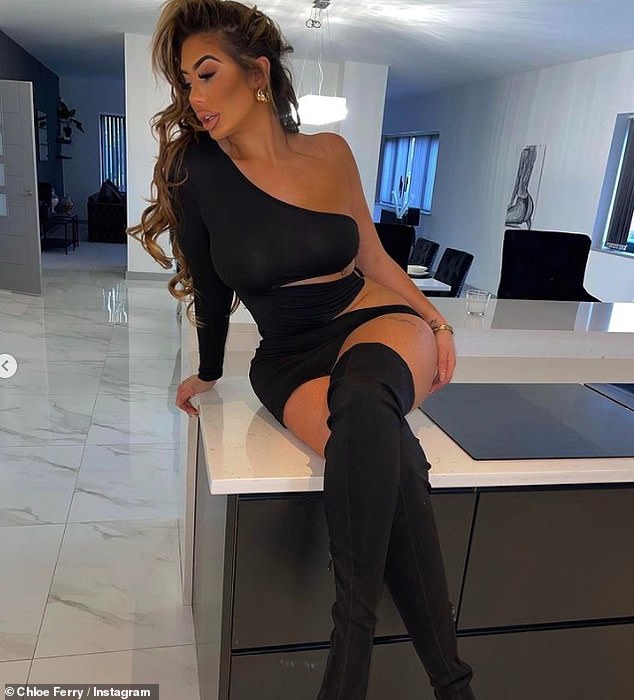 Stunner: She paired the stunning number with thigh high suede peep toe boots while her walnut locks cascaded over her shoulder

Taking to her Instagram, the reality star joked with fans at boyfriend Johnny Wilbo’s expense as she filmed him.

She zoomed the camera in to the side of his head and added: ‘He’s a lover not a fighter.’

One of her friends can be heard asking: ‘How have you got that?’ to which he replied: ‘I’ve just told you.’

While Chloe interjected and said: ‘Because he’s a fighter.’ She then corrected herself, and added: ‘He’s a lover not a fighter.’

The term cauliflower ear refers to a deformity of the ear caused by blunt trauma or other injury, such as what may occur during a boxing or wrestling match. 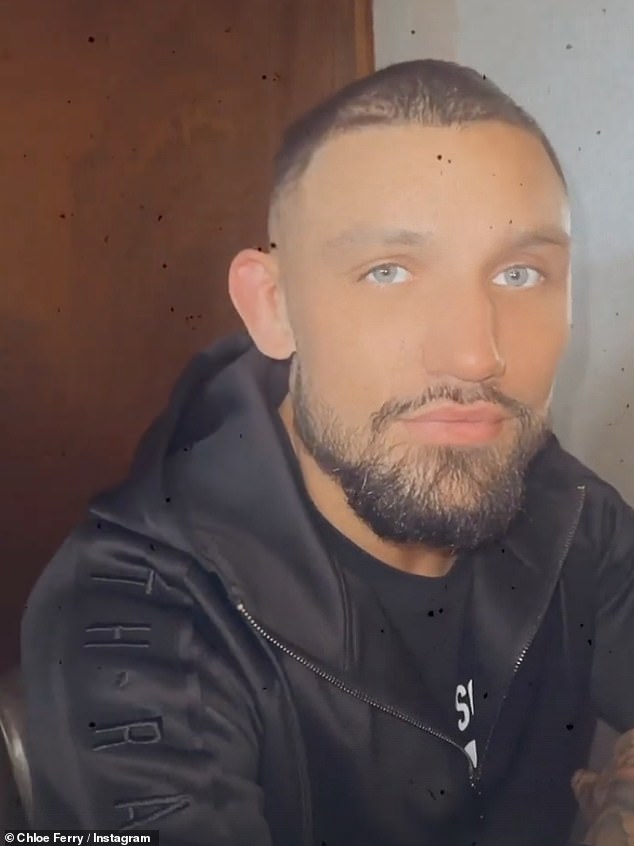 Larking about: The post comes after she labelled her new man ‘a lover not a fighter’ as she shared a video of his ‘cauliflower ear’ on Sunday

Chloe enjoyed a brief summer romance with Owen, before she reportedly found the actor messaging a glamour model and begging her to meet up behind her back.

While they called it quits in June, the pair were snapped looking cosy in September, sparking rumours they had reunited.

However Chloe looks to have ended it once and for all, having finally moved on with her new beau Johnny Wilbo. 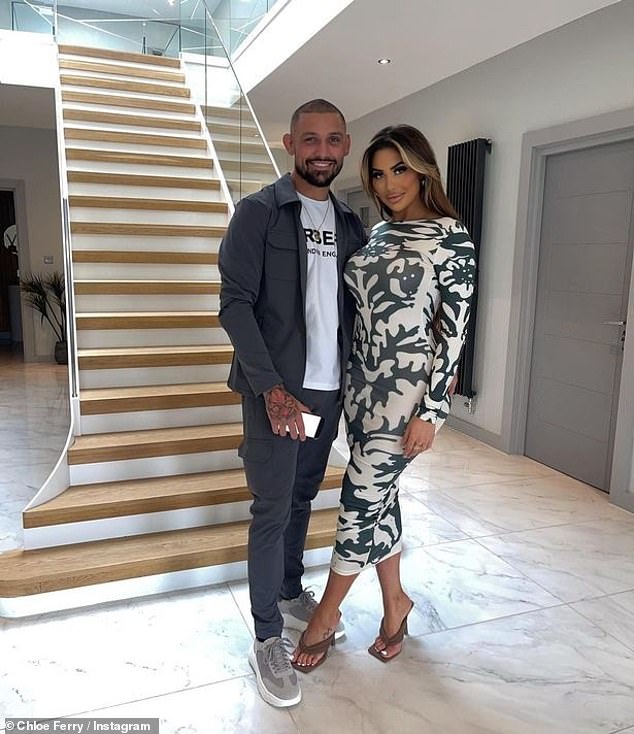 What a pair! It was reported in November that she had started dating fellow northerner Johnny Wilbo, five months after splitting from Hollyoaks star Owen Warner