Paul Merson: Football, Gambling And Me

For all the horror stories Paul Merson told about his life in Football, Gambling And Me (BBC1), the addiction crisis in Britain is even worse than he described.

Merse is a mess. He doesn’t try to hide it because he knows that honesty is his only hope now.

It’s nine months, he said, since he last laid a bet. But when he did, during the winter lockdown, he lost all the money that he and his partner Kate had saved to put a deposit on a house.

The couple and their two children are now living in cramped, rented accommodation. It’s a grim situation for the former England and Arsenal star, who estimates he has lost £7 million to gambling. 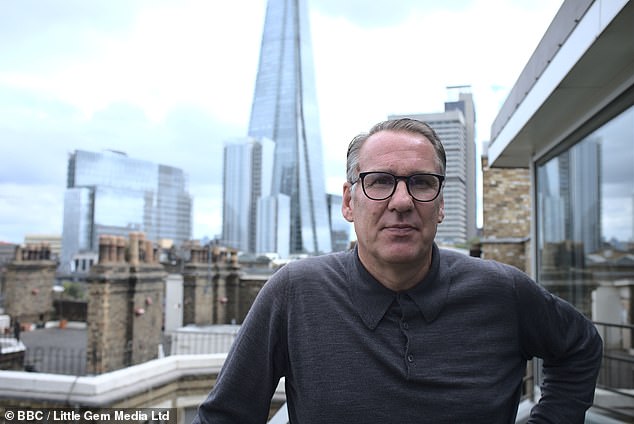 Paul Merson is a mess. He doesn’t try to hide it because he knows that honesty is his only hope now, writes CHRISTOPHER STEVENS

But as a bloke in his mid-50s who grew up before the dawn of the internet, never mind the smartphone revolution, he has been shaped by very different pressures and temptations to the ones that beset young people today — the next generation of gambling addicts.

Football and gambling are now indivisible, as Baroness (Ruth) Davidson, a tireless campaigner for changes in the laws that regulate the gambling industry, warned in the Daily Mail earlier this year.

In the Premier League, 19 of the 20 clubs have a betting partner (many more than Merson realised when he said ‘nearly half’ were sponsored by the industry).

During one typical televised match, viewers saw 716 gambling logos displayed for two seconds or more — on shirts, hoardings, equipment, even on the tracksuits worn by physios.

Fans in their teens and 20s think it completely normal to gamble all the way through games on TV: bets on the next goal, the next corner, the next throw-in.

Merson touched on this towards the end of the documentary. The online firms target problem gamblers, luring them to risk more money: ‘Your addiction is their business model. It’s bordering on evil,’ he said.

Warm clothing of the week:

Gok Wan opened his repair shop for jewellery on Bling (ITV). He must have been cold, because he was wearing a cord jacket, cord trousers and even a cord T-shirt. Perhaps the central heating isn’t working yet.

He could have exposed this more fully but he was chiefly concerned with his own cravings, which afflict him daily. ‘It’s not easing up, that compulsion is always there,’ he said tearfully. ‘Gambling is still the only thing that gives me any pleasure.’

An MRI scan analysed his brain as images of food, nature and casinos flashed across a screen. It was true: he barely responded to most of the pictures, but scenes of gambling lit up his cerebellum like the Blackpool illuminations.

These days, Kate gives him an allowance. He knows he can’t be trusted with a bank account, and he’s desperate not to fail again: ‘I don’t think I’ve got another recovery in me, this is the last-chance saloon.’

This national catastrophe was set in motion by Labour in 2005, when the Gambling Act legalised ‘super-casinos’. Now everyone with a smartphone has a potential super-casino in their back pocket.

If this is covered in a forthcoming episode of the five-part political account Blair & Brown: The New Labour Revolution (BBC2), it will be only a fleeting reference. Most of the key events of the late-1990s seem to merit barely a sentence.

The death of Princess Diana was dismissed with a boast from Alastair Campbell about how he got the news via his pager in the small hours from an underling, who texted: ‘This is not a joke.’

At least Di got a look-in. British military action to oppose Serbian atrocities in Kosovo wasn’t mentioned. Nor was the sweeping reform of the House of Lords.

Perhaps we should expect nothing else from a history of New Labour, but this series is largely spin and little substance.