On one of their most famous tracks, they sing about a world… and it was all yellow.

But these days Coldplay seem to be more interested in turning things green.

In a bid to make their gigs more eco-friendly, fans will stand on ‘kinetic flooring’ generating electricity as they jump to the music.

Concert-goers can also hop on bikes to provide extra energy. 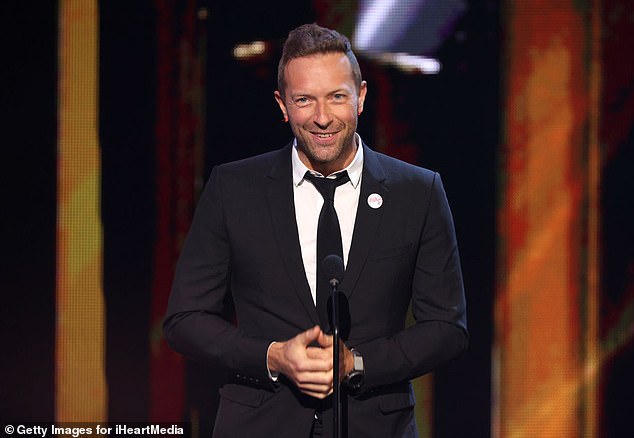 These days Coldplay seem to be more interested in turning things green. The band plans to power their global tour next year using ‘the world’s first rechargeable show battery’ 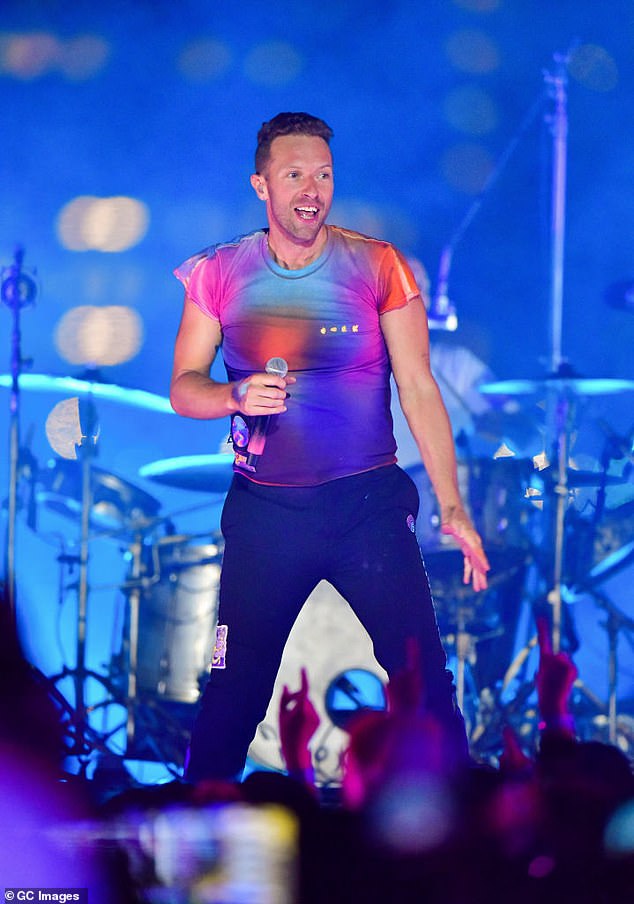 Lead singer Chris Martin, 44, told the BBC: ‘We’re trying our best, and we haven’t got it perfect’

It is part of the band’s 12-point plan to cut their carbon footprint, two years after they paused touring their last album due to environmental concerns.

This will be stored in the first mobile, rechargeable show battery developed with BMW.

Lead singer Chris Martin, 44, told the BBC: ‘We’re trying our best, and we haven’t got it perfect.

‘We always have backlash for everything.’

The band’s tour – called Music Of The Spheres after their new album – will see them perform in nine countries over six months next year.

Martin told the BBC: ‘When they move, they power the concert. And we have bicycles too that do the same thing.

‘The more people move, the more they’re helping. You know when the frontman says, ‘We need you to jump up and down’?

‘When I say that, I literally really need you to jump up and down. Because if you don’t, then the lights go out.’

The tour will open in Costa Rica, which has one of the highest rates of renewable energy generation in the world.

And the performances will be supported by a ‘show battery’, supplied by BMW, which will be recharged using solar power and generators powered by hydrotreated vegetable oil.

Martin said: ‘We’re proud to partner with BMW to create the world’s first tourable, rechargeable show battery – which will allow us to power our concerts almost entirely from clean, renewable energy.

‘These alternatives will replace the usual diesel and petrol generators, which will reduce the carbon footprint of the concerts.’

Coldplay also aim to plant a tree for every ticket sold.

Martin said Coldplay ‘still have a long way to go’ as they aim to have one of the greenest tours in history.

He added: ‘In some areas, there’s still not enough possible, like how do you get people to a venue without consuming any power? That’s still really hard.

‘Or flying – there’s still a lot of offsetting we have to do, because even sustainable aviation fuel isn’t good enough yet.

‘So we know where we still have a long way to go. But in terms of the show itself, the whole show is powered from renewable energy, which is amazing.’