Colombia’s last-gasp celebrations against Ecuador were cruelly brought to a dramatic end after their late winner in World Cup qualifying was ruled out.

Deep inside ten minutes of stoppage time, and with the clash delicately poised at 0-0, Yerry Mina guided home a close-range effort to spark pandemonium.

However, after a VAR check, Mina’s strike was chalked off for a handball – forcing both teams to settle for a point in their attempt to reach Qatar. 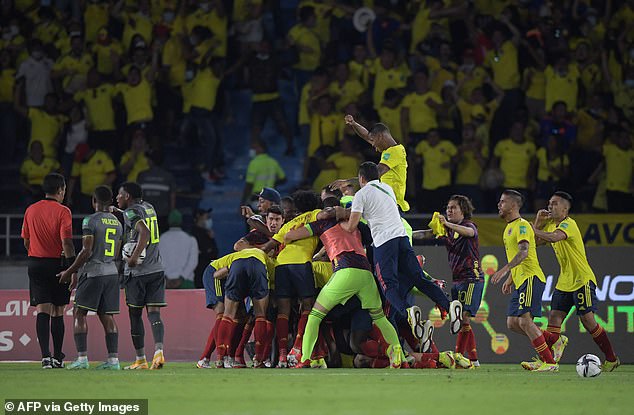 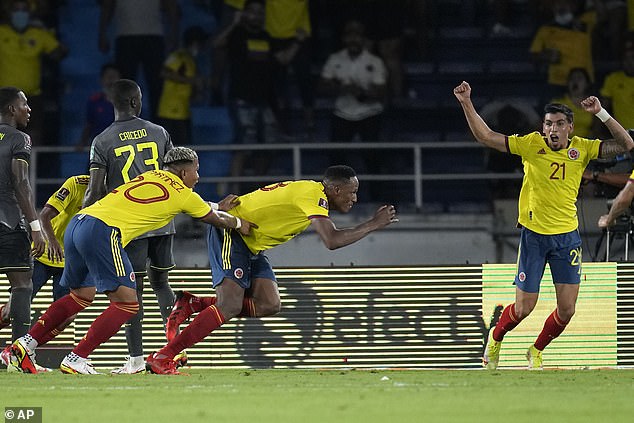 Mina wheeled away amid celebrations after tucking home, but a handball chalked his shot off 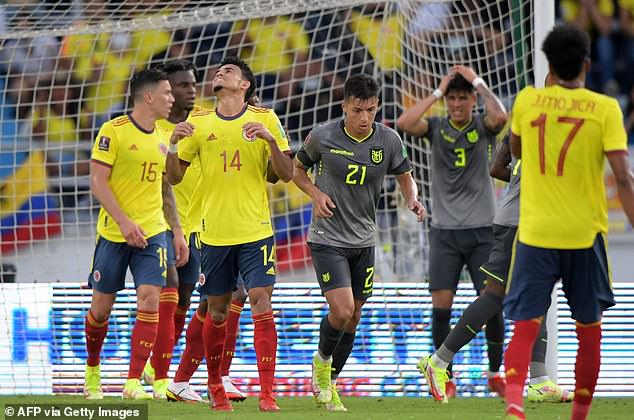 With both teams taking a point, the South American qualification group hangs in the balance 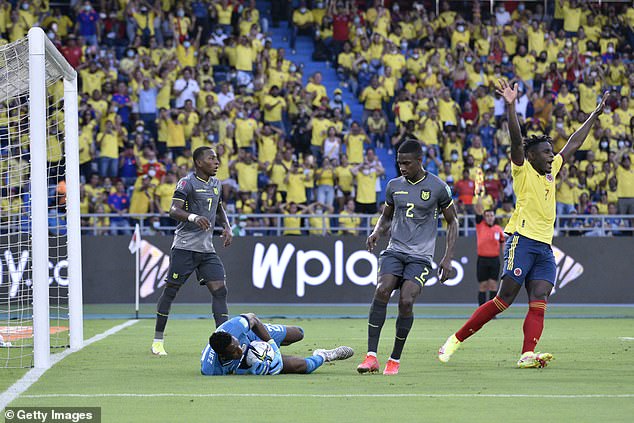 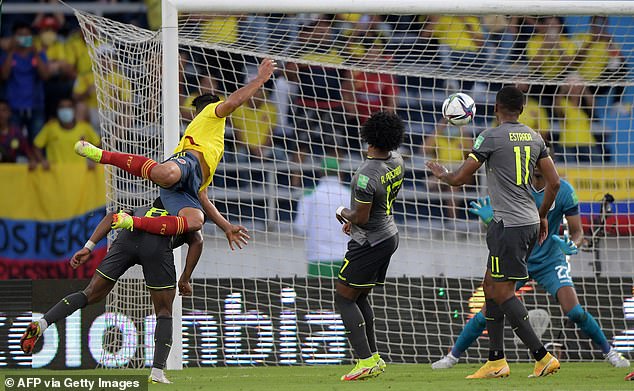 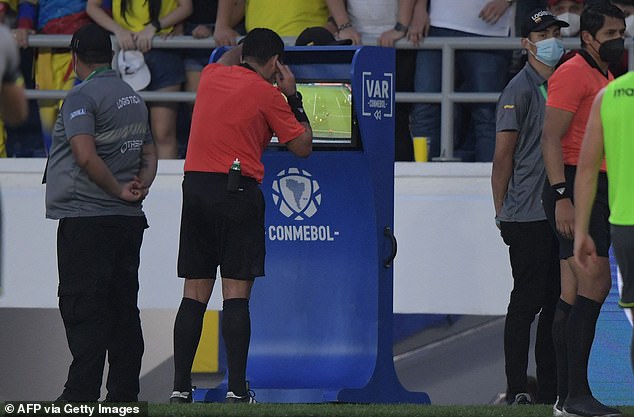