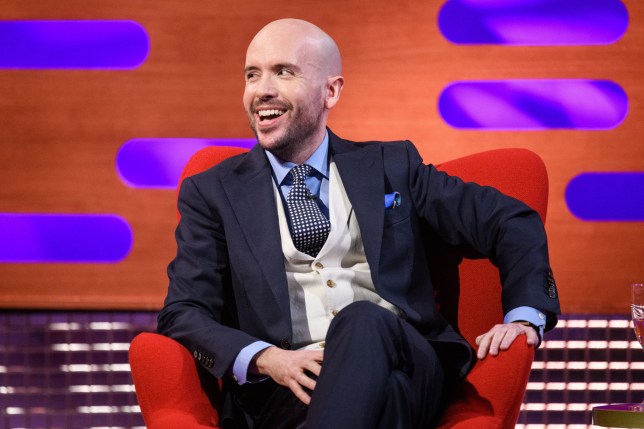 The comedian shared a close bond with both of his parents (Picture: PA)

Comedian Tom Allen has announced his dad, Paul, has died.

The Apprentice: You’re Fired host took to Instagram to reveal he is in ‘total shock’ after his his father died of a heart attack on Tuesday night.

Alongside sweet snap, in which he stands beaming next to his brother on his dad’s 80th birthday, he wrote: ‘I’m so sad to report that my wonderful dad has died. It was a total shock. He was with mum and he had a heart attack last night.’

Reflecting on his dad’s life and memorable character, he continued: ‘He grew up in one room in Penge and worked hard every day of his life.

‘He said things like, “You can never run out of love” and “Always go into everything with a good heart.” He was also inclined to write “Shove it” in a birthday card.’

The 38-year-old comic admitted he wanted to tell his followers about his father’s death, because it was part of his ‘grieving process.’

He said his dad was a ‘wonderful kind man’ whom his family ‘loved very much.’

Tom was inundated with messages of condolence from several of his famous friends, and fans.

Tom was in ‘total shock’ after his dad’s death (Picture: PA)

Radio host Zoe Ball also recalled fond memories of Tom’s dad saying, when she met him, ‘he was so charming with a magic twinkle in his eye.’

He shared a close bond with both Paul and his mum, Irene, and in May this year, revealed his parents had ‘finally thrown him out’ at the age of 37 after he moved in with them as an adult.