Cristiano Ronaldo’s return to Manchester United was met with a feminist protest in the sky above Old Trafford.

An expectant sell-out crowd chorused the 36-year-old’s name as he emerged from the tunnel ahead of a second debut for the club following last month’s £20million move from Juventus.

That moment was shortly followed by a plane – organised by feminist campaign group Level Up – flew close to United’s home for much of the first half.

The aircraft trailed a banner with the words ‘believe Kathryn Mayorga’, in reference to an unresolved civil case taken against Ronaldo in the United States.

Mayorga reported a rape allegation in the hours after meeting Ronaldo in Las Vegas during June 2009, the month in which Real Madrid parted with a then-world record £80m for his services.

A criminal investigation ended in 2019, with the Las Vegas police department stating that the allegation could not ‘be proven beyond reasonable doubt’. Mayorga has a civil suit worth £56m ongoing. Ronaldo has strenuously denied the claims and branded them ‘fake news’. 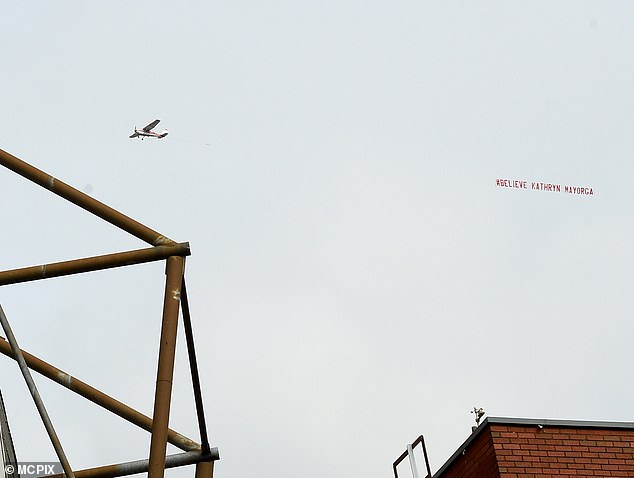 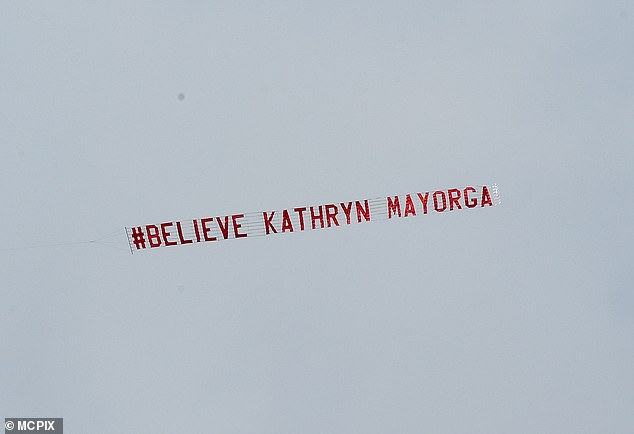 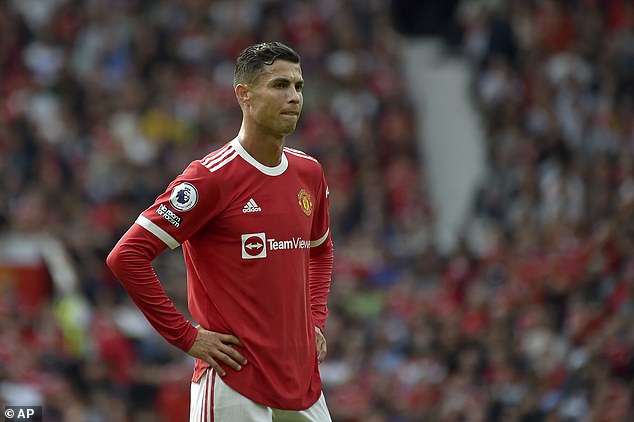 Level Up say their demonstration was to highlight that ‘the football world remains silent over the claims whilst it fawns over Ronaldo’s return to Manchester United’.

‘One of the world’s most famous athletes has been accused of rape, but there has been almost universal silence about it,’ said Janey Starling, co-director of Level Up.

‘Manchester United have not acknowledged that there are unresolved rape allegations against Ronaldo and are giving him a hero’s welcome.

‘As a society, we can’t let a woman’s story of rape be silenced. It is an uncomfortable reality that people aren’t speaking out about.’ 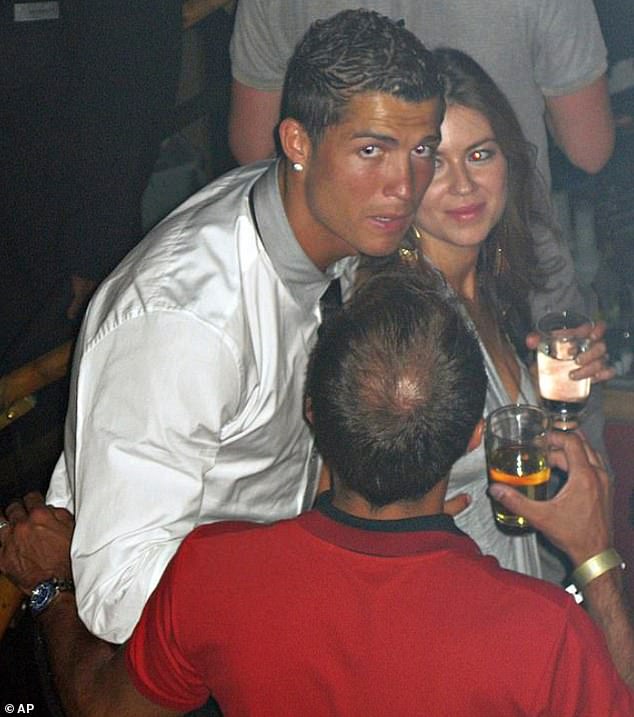 Ronaldo agreed a £270,000 out of court settlement with Mayorga, including an DNA, in 2010 after they met in Las Vegas the previous year

The Portugal star agreed a £270,000 out-of-court settlement with Mayorga in 2010, which included the insertion of a non-disclosure agreement.

Mayorga since said that she was ‘mentally incapacitated’ when signing the agreement. Ronaldo’s lawyers accepted that the settlement exists but insisted it was ‘by no means a confession of guilt’.

Starling added: ‘We stand in solidarity with Kathryn Mayorga, and every single survivor of sexual violence across the world. We’re sending a message of solidarity to all survivors who refuse to be silenced, and a message to football that rape allegations can’t be kicked off the pitch.’