He played James Bond for an impressive 15 years.

Yet Daniel Craig has revealed he only took on his 007 role after the advice of legendary film director Steven Spielberg, who insisted: ‘It’s a winner.’

The 53-year-old actor – who bowed out of his role as Bond in 2021’s No Time to Die after five movies – has revealed he only agreed to play the iconic spy for Casino Royale back in 2006 after he happened to bump into Steven in a hotel. 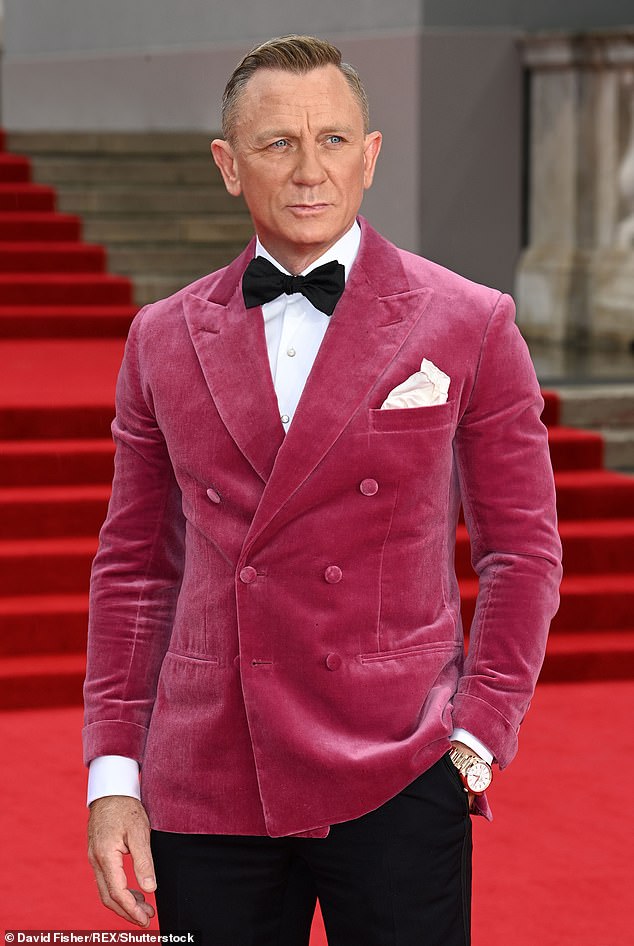 Career-changing moment: Daniel Craig, 53, took on his 007 role at the advice of legendary film director Steven Spielberg, who insisted: ‘It’s a winner’

The pair had worked together the year before on historical drama Munich, which told an account of Operation Wrath of God, the Israeli government’s secret retaliation against the Palestine Liberation Organization after the Munich massacre at the 1972 Summer Olympics.

Daniel told The Sun: ‘Steven was in the same hotel by chance. Can you get a more Hollywood moment? And I went, “Would you read this [script] please?” He read it very quickly and said, “You have to do it!”‘

The star went on to explain that it was ‘very important’ for a someone in showbusiness as high up as Steven to be ‘inspired’ by the role before he chose to accept it. 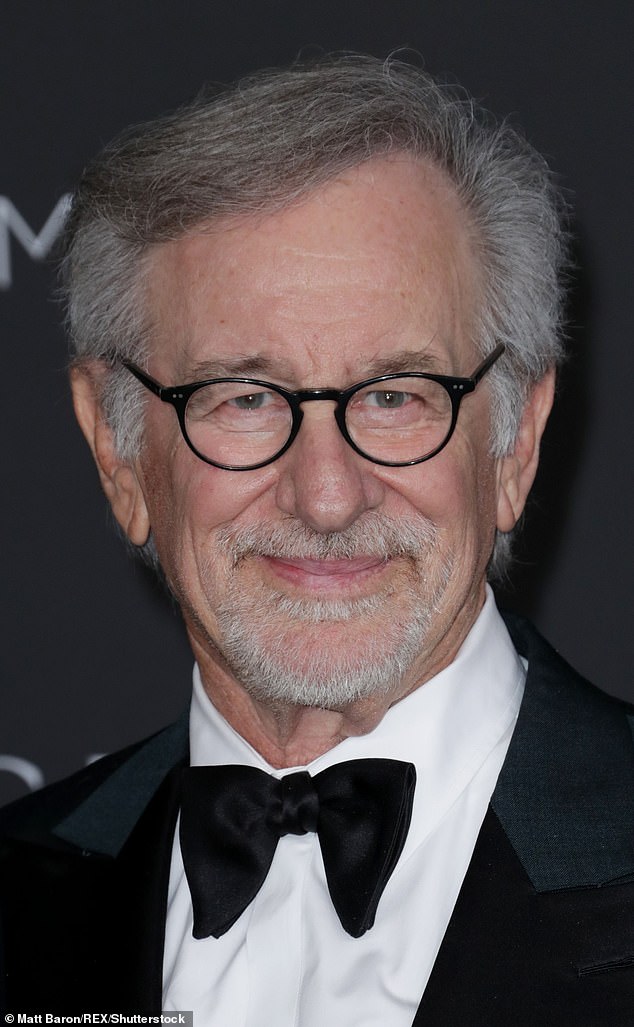 Friends in high places: The actor revealed he only agreed to play the iconic spy for Casino Royale back in 2006 after he happed to bump into Steven in a hotel

However, despite receiving the confidence of Steven – who has won Oscars for directing films such as Schindler’s List and Saving Private Ryan – Daniel still found himself to be ‘nervous’ about taking on the mammoth role, but knew it was ‘going to be good’.

He said: ‘I was working with incredible directors in some amazing movies. I was nervous. I thought, “I don’t want to do Bond and ruin all that.” But I read the Casino Royale script. It was like, “OK, this is going to be good.”‘

Meanwhile, Daniel revealed he was originally told he’d have to star in four James Bond films by boss Barbara Broccoli, leading him to ask if the character could be ‘killed off’.

The actor confessed it was ‘a lot’ being told he’d have to make such a commitment to the part, setting the stage for the agent’s surprise death many years later. 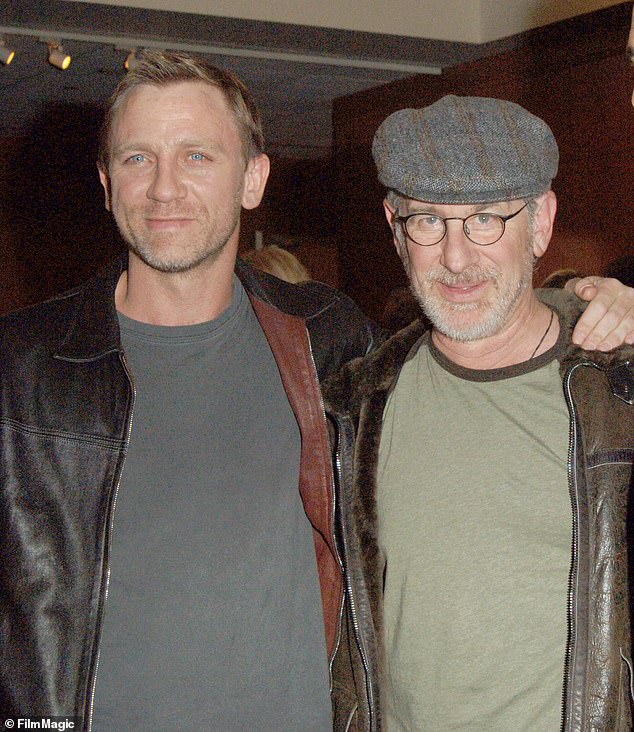 Way back: The pair worked together on historical 2005 drama Munich, which told an account of Operation Wrath of God at the 1972 Summer Olympics

Speaking on the Awards Chatter podcast, Daniel said that he felt Bond was ‘happy and fulfilled’ when he finally met his maker, while detailing the moment he became ‘choked up’ during his final day of filming.

Daniel explained that after his first Bond outing in Casino Royale in 2006 he had asked Broccoli how many he had to make.

He said: ‘I was sitting in the back of a black Mercedes driving away from the Berlin premiere of Casino Royale with Barbara Broccoli in the back – just me and her – everything was good, the movie was doing great, it was like ‘we’d done it, it was time for a bit of celebration’. 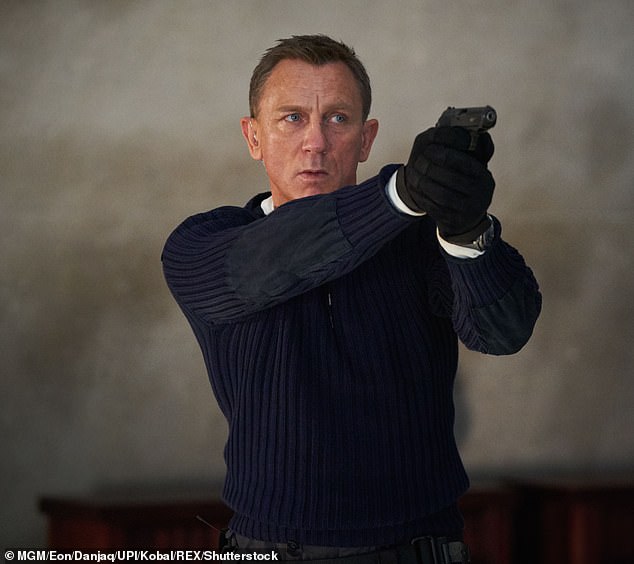 Open: The actor confessed it was ‘a lot’ being told he’d have to make such a commitment to the part, setting the stage for the agent’s surprise death many years later

‘I had a sort of plan in my head, I don’t know what the plan was, that if we got it right and if we got it to a place, then they needed to re-set.

‘And to properly re-set you need to get rid of one idea of it and start another idea of it. And I just felt like ‘get rid of my version and someone else can start, and they can start their version’.

‘But it also meant that what I could do is there could be some sort of arc, emotional arc, that I could aim for, and that something he does or has to do means he has to end and that he can’t be around any more. 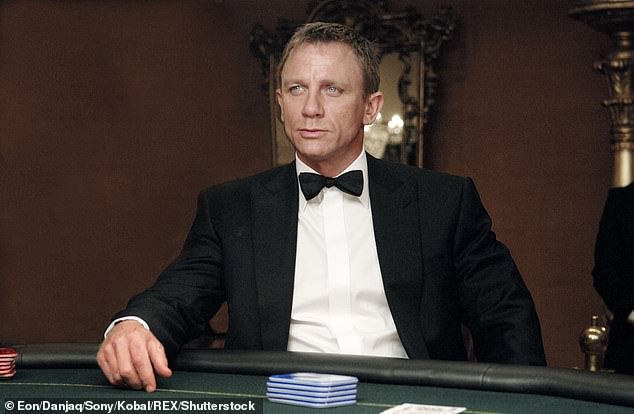 Speaking out: Daniel also recently explained that after his first Bond outing in Casino Royale in 2006 he had asked movie boss Barbara Broccoli how many he had to make

In No Time To Die, Craig’s Bond is tackling baddie Safin and calls in a missile strike from HMS Dragon to destroy Safin’s factory where he has technology to kill millions of people.

Bond is eventually killed in the blast, mere seconds after learning that he is the father of love interest Dr. Madeleine Swann’s daughter Mathilde.

Discussing his character’s eventual ending, Daniel said: ‘He didn’t commit suicide, there was no choice, and basing it around a love story and a family love story seemed to me to be the obvious thing.

‘I and Cary (director Cary Joji Fukunaga) and Phoebe (Waller-Bridge, screenwriter) all had a lot to do with the end. We wrote it. I scribbled stuff down on paper what I thought it was. Phoebe scribbled her magic over it. It came together. 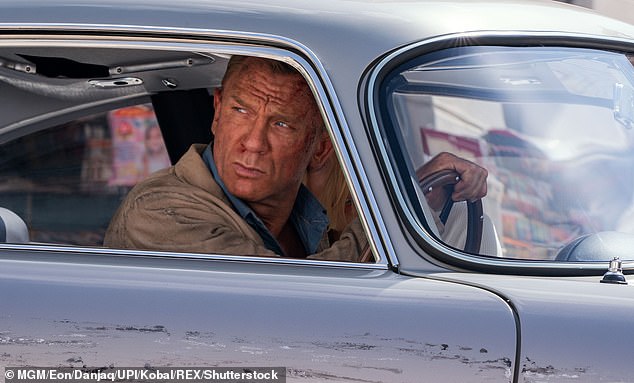 Moving: Speaking on the Awards Chatter podcast, Daniel said that he felt Bond was ‘happy and fulfilled’ when he finally met his maker

‘And it felt right. And he went out a happy man. He was fulfilled.

‘He could never really be with anybody because he couldn’t because he was an assassin. He was always a target and in some ways he got rid of the bad guy, the real bad guy that we had from the first movie, because Safin was in the first movie.

‘We got rid of him and Madeleine could go on, and his daughter could go on. I felt very satisfied with it.’

Craig also said that after the final day of filming he became far more emotional than on any of the other Bond films.

He continued: ‘That last day on a movie set is always a fairly anti-climactic thing. You go ”bye, see you, lovely working with you, see you again soon”.

‘I did the last scene. All of the crew, all of the office staff had stayed and I didn’t know they had. So suddenly there was two or three hundred people standing around.

‘And it was very difficult not to get emotional. It wasn’t about the fact that it was over. It was about the people who were standing around me were the reason that I went to work every day. 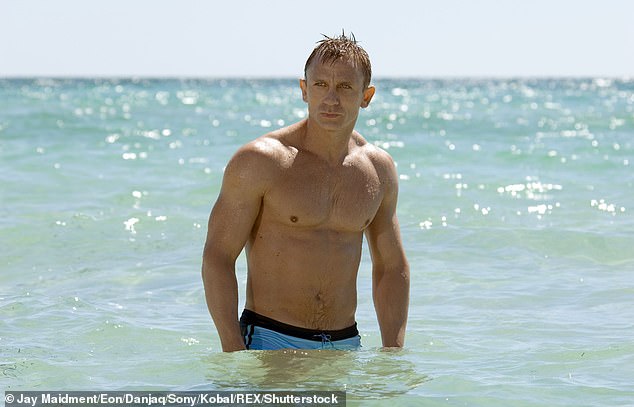 Praised: Daniel has earned much acclaim for his performance as Bond, despite sparking controversy when he was originally cast in the role (pictured in Casino Royale)

‘And I realised that at that point that that was the reason. I just looked around, I went “I come to work for you guys.”

‘And it never felt more collective. I never felt more like part of a family on a set at that point than I had ever done in my career, and I realised how much I was going to miss that.

‘There will always be moments like that on movie making, but on a Bond movie it’s particularly special, and particularly on No Time To Die, where the collective effort was so great.

‘At that moment, I realised how much it mattered to me. It was release. You never know. To stop and realise what it all meant, it was difficult not to choke up and be emotional about it.’ 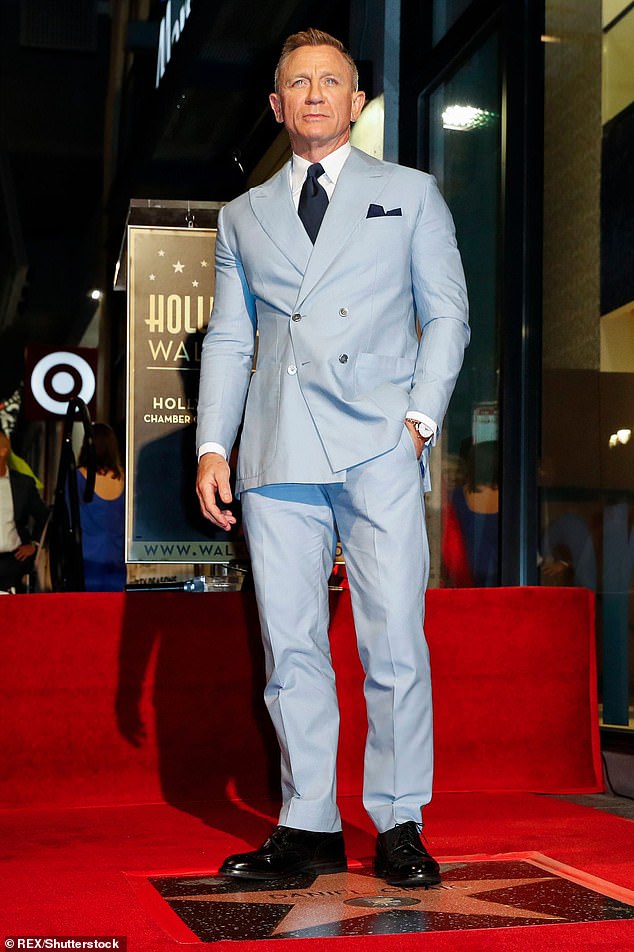 Making history: Daniel was awarded a star on the Hollywood Walk of Fame a week after his final James Bond film was released last year