West Ham see no reason why they cannot be Europa League contenders, with boss David Moyes saying he and his players are embracing their novice status in the competition.

Moyes promised on Wednesday there would be no underestimating Dinamo Zagreb as West Ham kickstart their campaign with ambitions of following in the footsteps of last season’s victors Villarreal.

As part of their preparation, Moyes and his analytical staff rewatched Zagreb’s dismantling of Tottenham six months ago. 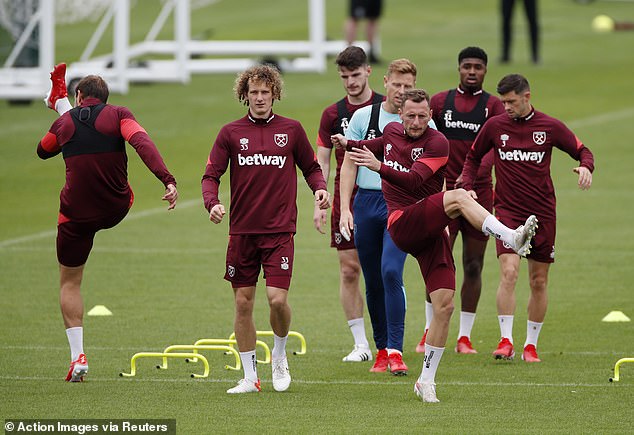 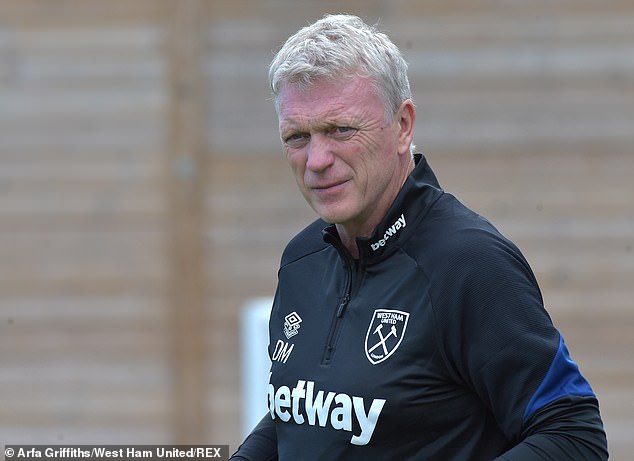 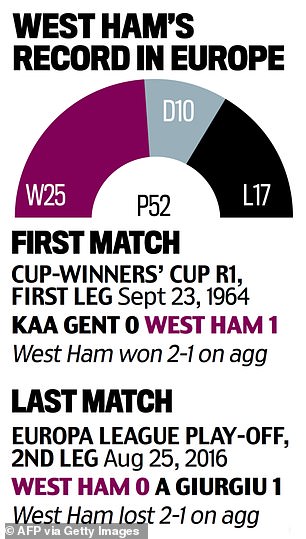 A 3-0 defeat of Jose Mourinho’s side saw Spurs knocked out of Europe, but West Ham are targeting a smarter start at the Stadion Maksimir.

This will be West Ham’s first European match proper since a 2006 UEFA Cup defeat by Palermo. Speaking about the scale of the occasion in Croatia, Moyes said: ‘This is new to us. All the things that come with it, we don’t really know.

‘We have watched Zagreb and we are very much aware of their history. They will come into the game confident. This could be the toughest game, away from home, but we go into it with a fit group of players.

‘We’re novices in this competition so we’re looking forward to seeing how we go. We’d like to still be in Europe after Christmas and New Year. I believe we’ve got a good enough squad who can challenge and give teams a game. So let’s hope we can prove that over these six (group) games.’

West Ham have a healthy away allocation of 2,000 on Thursday night with fans having spent considerable sums to support their side, including paying for fit-to-fly Covid-19 tests, which can cost more than £150.

Moyes, whose side are unbeaten in the Premier League this season, is wary about overusing Tomas Soucek and Declan Rice, so has been considering turning to 34-year-old club captain Mark Noble in midfield.

Noble appeared alongside Moyes at his press conference on Wednesday and said West Ham have been in fine form for some time, thanks largely to their boss. ‘We’re not used to being in the Europa League but we are used to winning,’ Noble said. 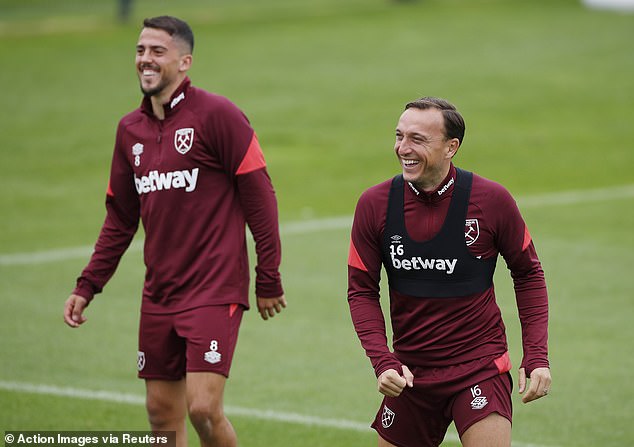 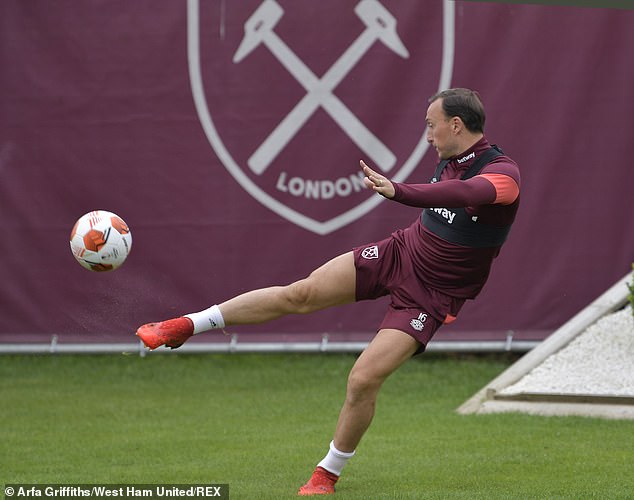 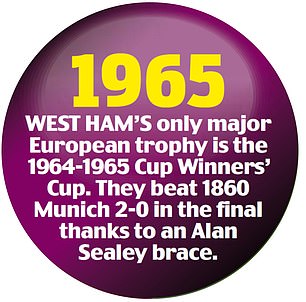 ‘We’re used to having that winning feeling and that’s not something we want to give up. I’ve seen some ups and downs but we’ve had a really solid two years. If you look at the manager’s Everton side, I played against them many times and it was a strong, competitive game.

‘Every time we take to the field we look like we’re going to compete. This year for us in the Europa League is fantastic but why can’t we set our sights further and keep pushing on? We’ve signed some top players. If we keep the solid base, we can keep progressing.

‘It’s been three, four months of excitement looking forward to who we draw in the group stages. We’re here now. We’ve got a full squad, with no injuries. Everyone is here and ready to play. We’re well prepared and really excited about everything.’