Demi Moore admired a bit of male anatomy during an art tour of Paris.

The Striptease actress, 58, has been in town for Paris Fashion Week and on Wednesday she shared a hilarious snap of herself posing next to a giant stone statue of a penis.

The star, who stands around 5foot5, offered up a dramatic pose while captioning the shot with a cheeky caption that said: ‘Admiring the art, part 2.’ 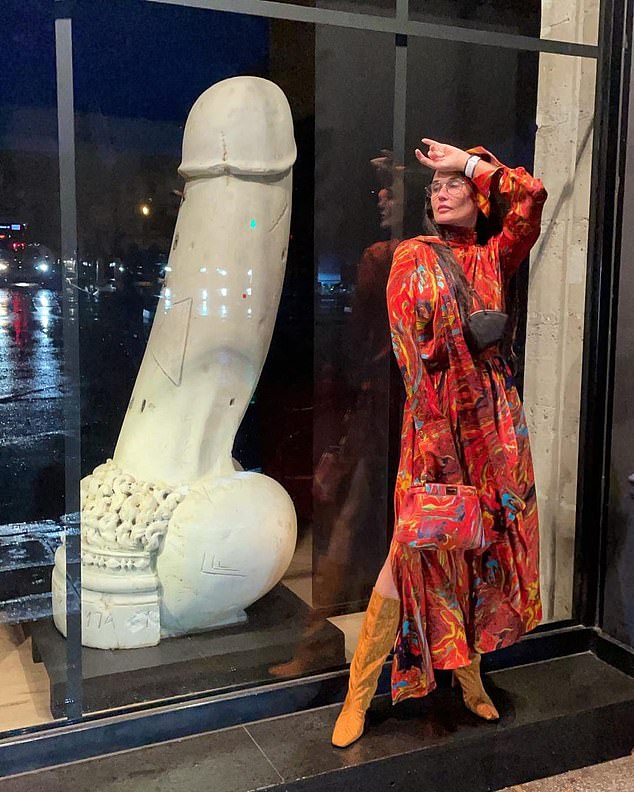 Private parts: Demi Moore struck a pose next to a giant penis statue while taking in some art in Paris

Demi stunned wearing a red Fendi dress with a swirl of blue and yellow mixed into the marble pattern.

Continuing the chic display, the mother-of-three slipped into a pair of mustard colored Giuseppe Zanotti boots with pointy heels.

The snap was a saucy follow-up to an earlier post where she stood in front of a Monet with daughter Scout, 30. 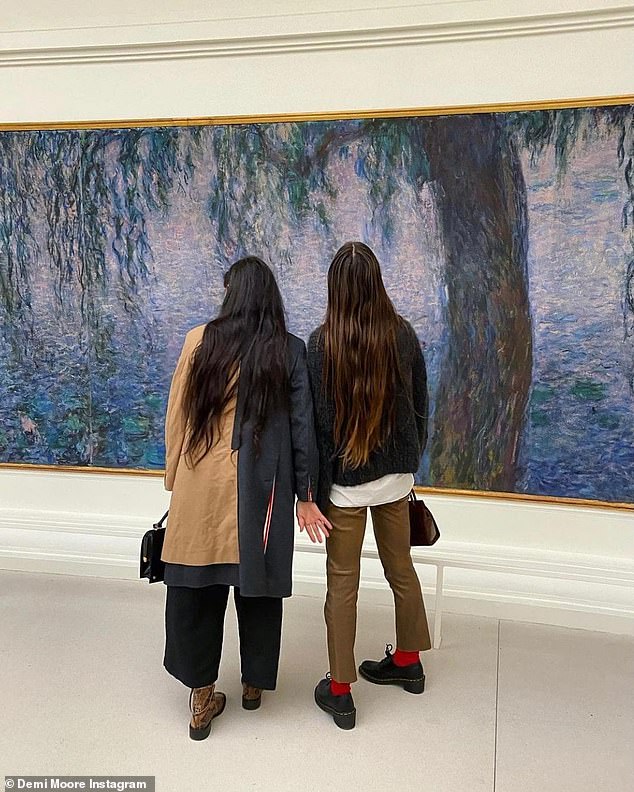 Art admirers: The snap was a saucy follow-up to an earlier post where she stood in front of a Monet with daughter Scout 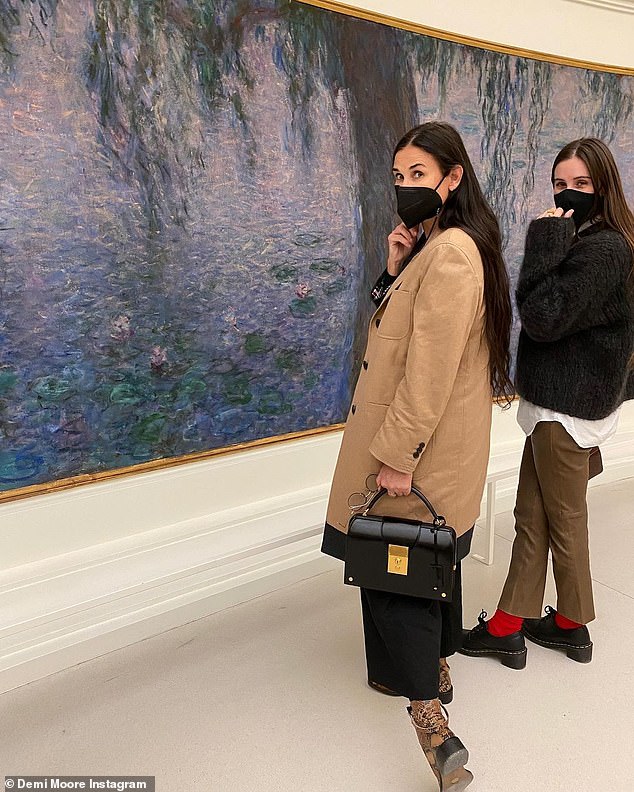 European vacation: The ladies were in town for Paris Fashion Week and the Versace/Fendi show in Italy

Then they jetted off to Italy to see the Fendi/Versace mashup collection. 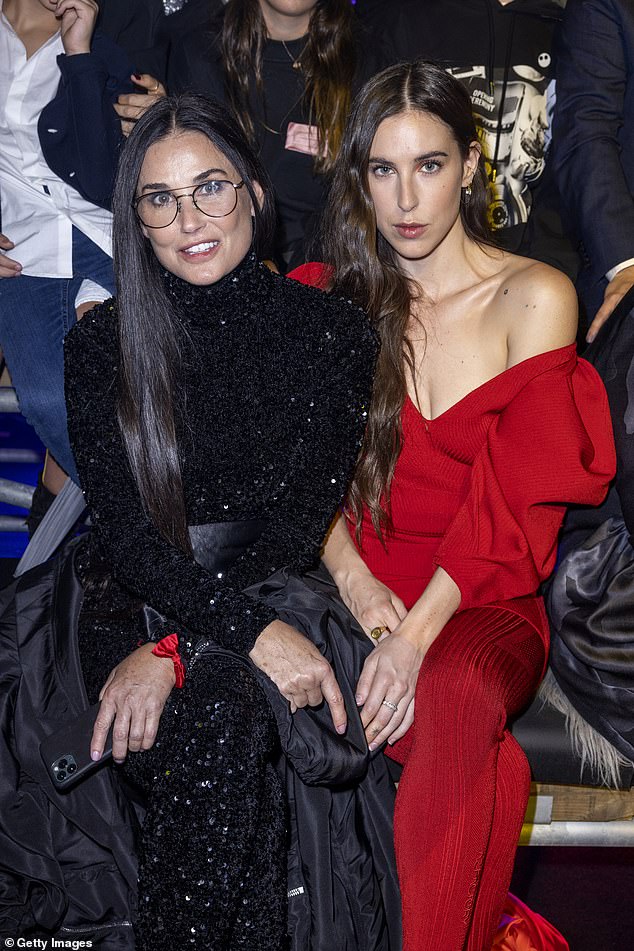 Fashionistas: During Paris Fashion Week the mother-daughter duo attended shows for AZ Factory, Chloé, and Stella McCartney. Above they’re seen at an event in honor of late designer Albert Elbaz

Demi and Bruce wed in 1987 after they meet at the premiere for the film Stakeout, which starred her then-fiancé Emilio Estevez.

The pair have managed to stay close after ending their marriage in 2000.

In July, Scout shared photos of a reunion between Bruce and Demi as she celebrated her 30th birthday. 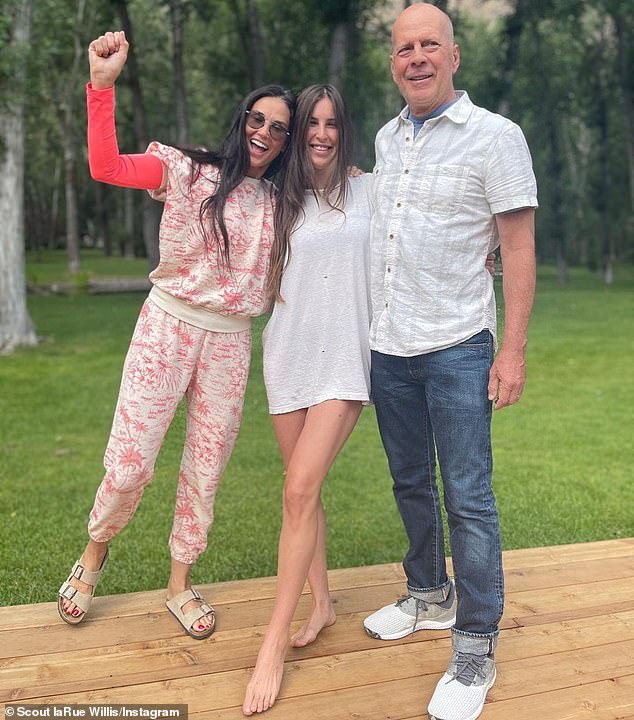 Friends: Demi shares Scout and her two other daughters Rumer and Tallulah with ex Bruce Willis, who she’s remained close with. They’re seen during Scout’s 30th birthday celebrations above