Denise Van Outen’s cheating ex Eddie Boxshall has reportedly been axed from Celebrity Gogglebox, with Kimberley Walsh being lined up to replace him.

The television star, 47, previously took part in the Channel 4 show with Eddie, also 47, but she announced she’d broken up with boyfriend of seven years on Friday after he was allegedly having phone sex with other women. ‘

The pair joined Gogglebox together in 2019 and while they quickly became fan favourites Denise has no desire to work alongside her ex. 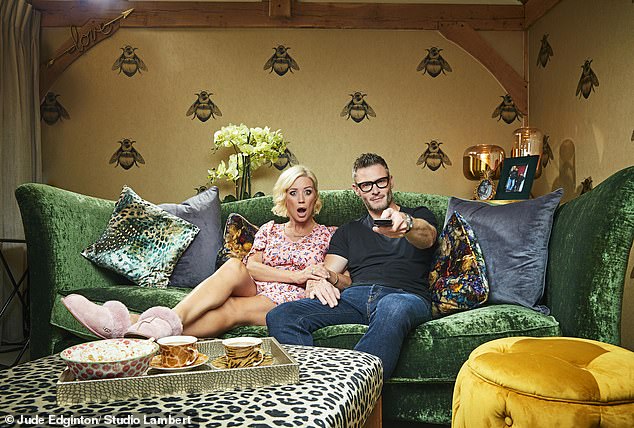 On screen: Denise Van Outen’s cheating ex Eddie Boxshall has reportedly been axed from Celebrity Gogglebox, with Kimberley Walsh being lined up to replace him

A source told The Sun: ‘They were already signed up to the next round of filming when Denise dumped Eddie and she wants to honour the commitment.

‘But she won’t be having Eddie back in the house, let alone on her sofa, so she is looking for a friend to come on board.

‘Ideally, it would be Kimberley Walsh as they’re good pals and Kimberley has been on Gogglebox before.’ 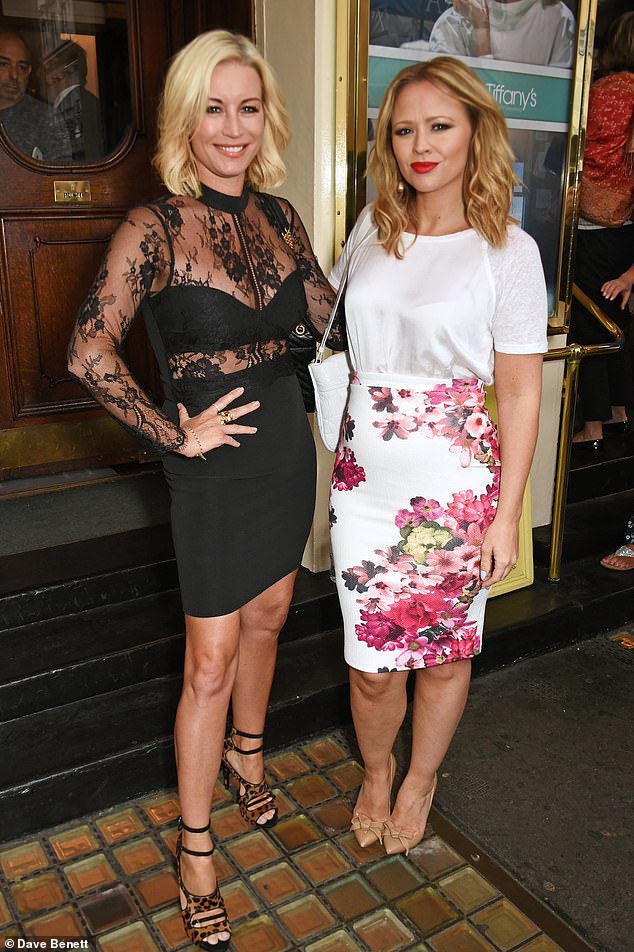 Good pals: Denise is hoping to convince Celebrity Gogglebox bosses to let Kimberley Walsh appear alongside her on the show as they’re close friends (pictured in 2016)

Confirming her split from Eddie in an Instagram post last week, Denise wrote: ‘Over the past couple of months, there has been much speculation regarding my relationship with Eddie.

‘It saddens me to confirm that we are no longer a couple. I had to make the difficult decision not to continue in our relationship.

‘I will always treasure the good times we spent together, and the memories made. We ask that you please respect our privacy at this time, especially for our children.’ 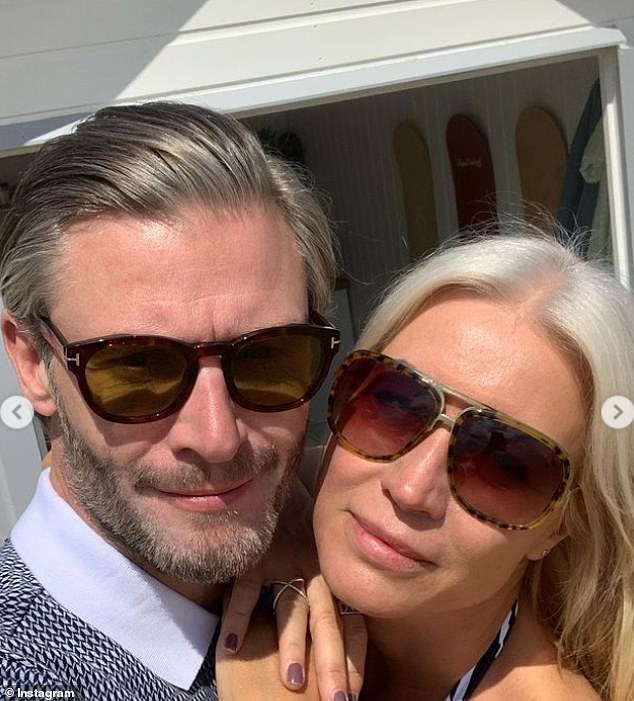 All over: Denise announced the end of the seven years romance after she allegedly discovering his infidelities, which included him embarking on dates with other women.

Difficult: Confirming their split in an Instagram post on Friday evening, Denise wrote: ‘Over the past couple of months, there has been much speculation regarding my relationship with Eddie’

The Sun claimed on Friday that the star and her fiancé had gone their separate ways due to the incidents.

A source told the publication: ‘It’s the very last thing she expected to happen. She thought this was for ever — but while she has been out at work he’s been sat in her home betraying her trust.’

According to the newspaper Denise asked Eddie to leave their home after discovering he had been swapping messages and calls with women he met online and hooking up with another on secret dates.

The source continued about the alleged cheating: ‘Their families are close, and they get on great with each other’s children. But the trust is totally shattered and she just doesn’t see a way back for their relationship.

‘Eddie has moved out to stay with a friend nearby and he’s admitted to some of it already after being pushed for some answers. But Denise is determined to move on with her life.

‘She’s angry and upset but she’s always worked hard to support herself and stand on her own two feet, so that’s what she’s determined to do again.’ 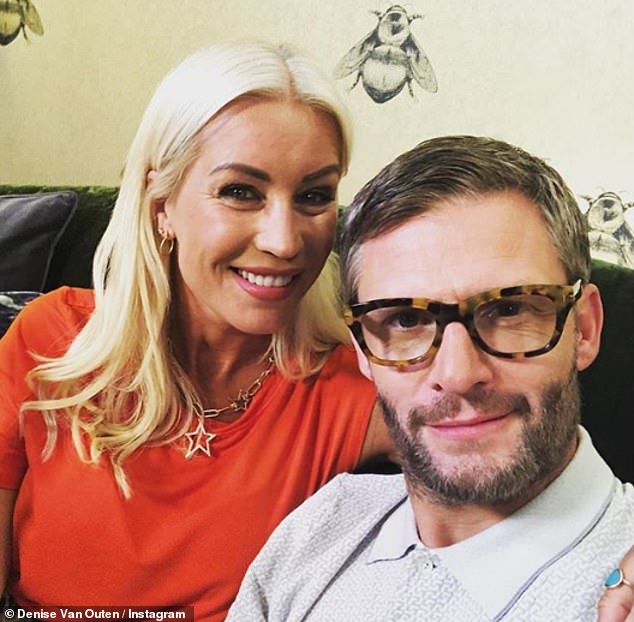 A source told The Sun: ‘Eddie is convinced he can win Denise back and isn’t willing to throw away all of their memories together. He’s pulling out all the stops to save their relationship’

The exes have both been spending time with friends and family in the days since the split, with Eddie sharing a snap from a pub visit with his son on Monday night while Denise enjoyed a morning walk with her daughter Betsy, 11, on Tuesday.

Eddie enjoyed a pint with his son Jordan to celebrate his 27th birthday, sharing a snap of the two with their arms around one another in the pub.

He also had ‘a catch up coffee’ with an old school friend on Monday, sharing another snap taken at the pub with his pal. 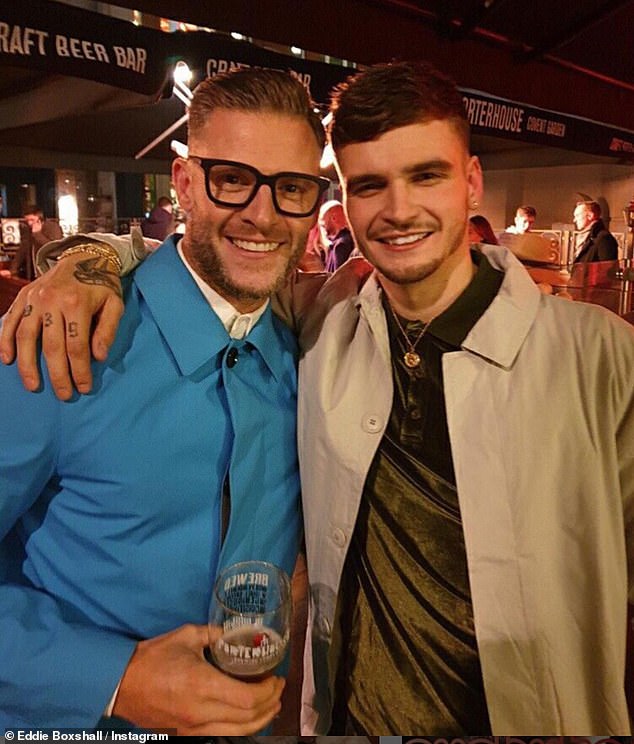 Single: Denise and Eddie unfollowed each other on Instagram days after Denise confirming their split. Eddie enjoyed a night out with his son last week

Denise meanwhile started her Tuesday with a mother-daughter walk near her Essex home. The star shared a snap of her and Betsy on a dog walk in the morning sunshine on her Instagram Stories, captioning the photo ‘Betsy’ with a heart emoji.

According to reports Eddie is ‘desperate’ to win Denise back – following the revelation that he was reportedly having phone sex with other women.

Denise allegedly discovered his infidelities, which included him going on dates with other women as well as the claims of phone sex. 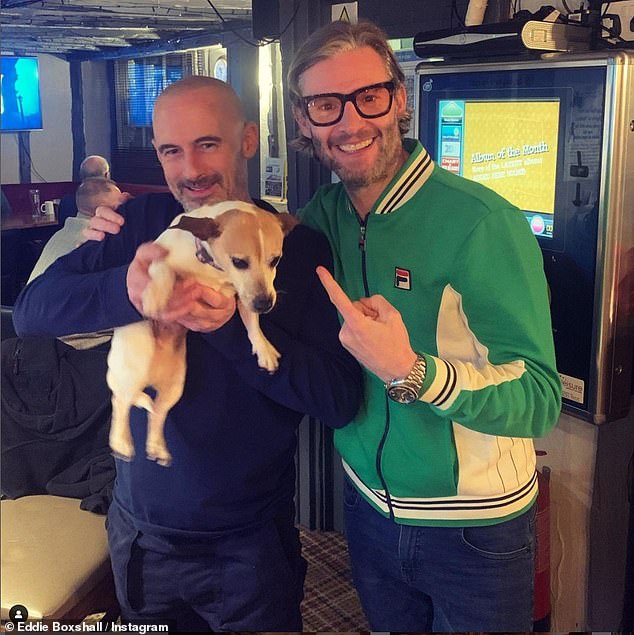 Support from friends: Eddie also had ‘a catch up coffee’ with an old school friend on Monday, sharing another snap taken at the pub with his pal. He is reportedly staying in a room above a mate’s pub to be near to his former home with Denise

Over the weekend, it was alleged that Eddie has been ‘pulling out all the stops to save their seven-year relationship’ and is ‘staying nearby’ their Essex home in a room above a friend’s pub, in the hopes of being allowed back.

However, Denise is adamant that their romance is over and is ‘determined to move on’ following on from her heartache, according to reports.

Denise and Eddie had been an item for seven years and shared a home in Essex with her daughter Besty, 11, whom she shares with West End star Lee Mead.

Eddie is father to Jordan, 27, and 22-year-old Leah from a previous relationship. 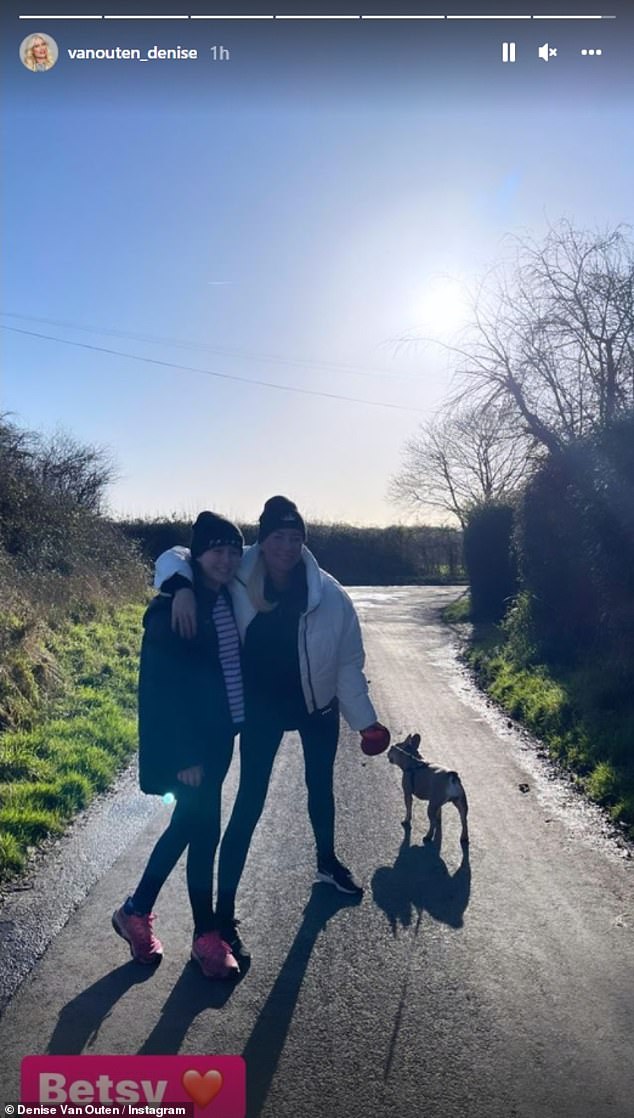 Family: The exes have both been spending time with friends and family in the days since the split, with Denise enjoying a morning walk with her daughter Betsy, 11, on Tuesday

The couple previously ‘flirted’ with the idea of expanding their family before going against the idea.

Earlier this year, Denise and Eddie first unveiled their plans to tie the knot to Hello! magazine, stating: ‘After we’ve finished our podcast and this dreadful lockdown ends, there will be wedding bells.

‘Betsy is desperate for us to get married; she tells us that all the time. We want to do it, too, surrounded by all our family and friends.’

Denise first walked down the aisle to wed her daughter Betsy’s father Lee, 40, in 2009, however they separated in 2013.

The former couple married in the Seychelles in April 2009. They met in 2007 when he won Any Dream Will Do and she was a judge on the programme.

The star, who narrates The Only Way Is Essex, dated Jamiroquai lead singer Jay Kay, 52, for three years from 1998 to 2001.  Denise also previously enjoyed a romance with actor and filmmaker Nick Moran, 52, in 2001. 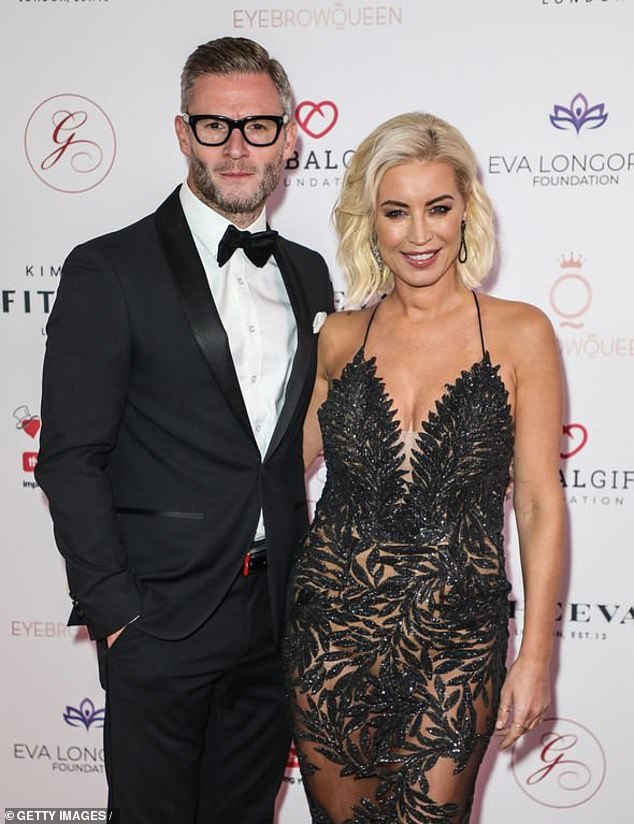 Happier times: Denise and Eddie had been an item for seven years and shared a home in Essex with her daughter Besty, 11, whom she shares with West End star Lee Mead