There was no missing Diane’s new bling as the actress, 45, stepped out in Newport, Rhode Island on Saturday morning.

The actress appeared to be on her own as she stepped out into the sunshine looking great in a floral print pajama-inspired ensemble with chic black sandal flats. 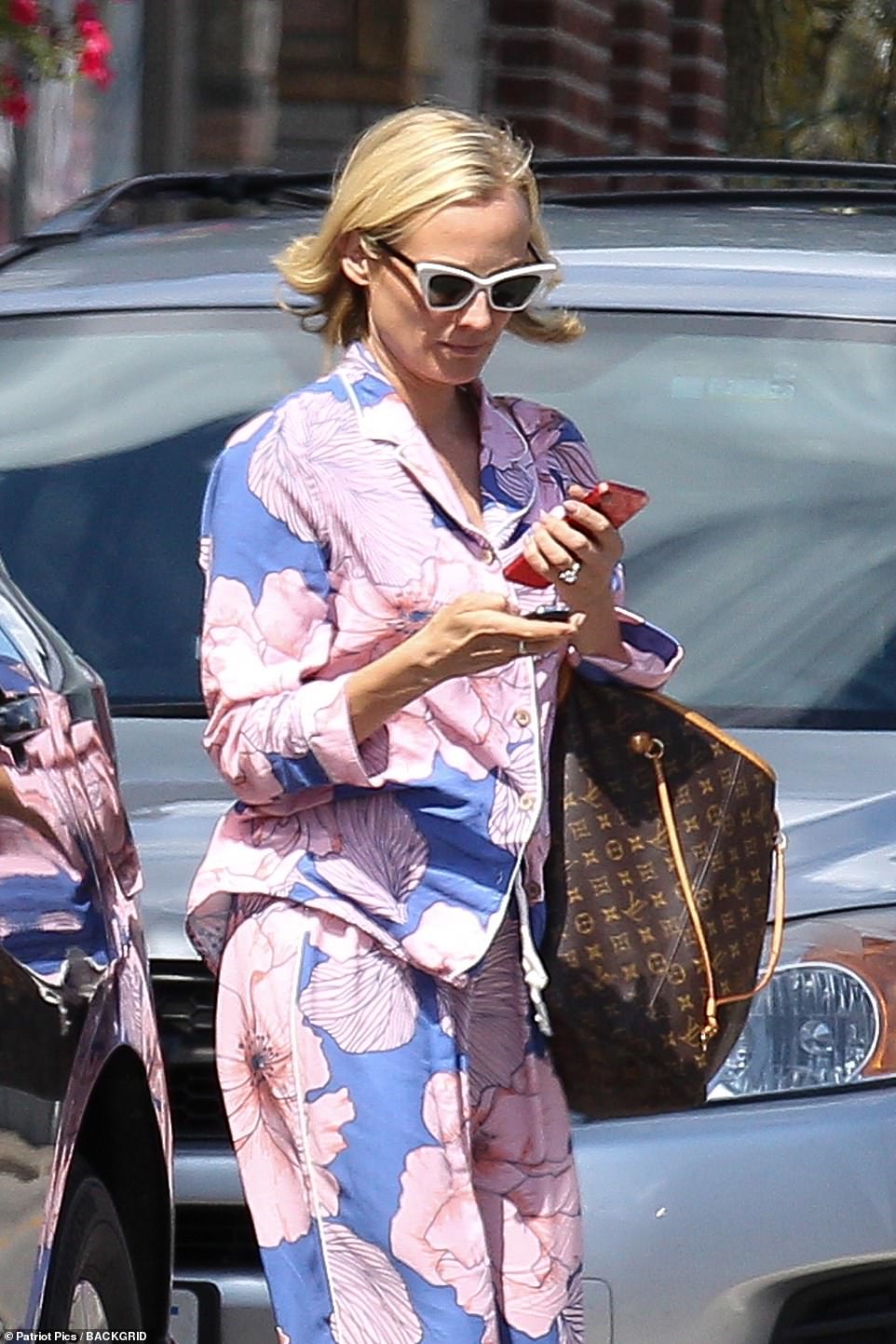 Bling bling! Diane Kruger unveiled her massive diamond ring following her reported engagement to Norman Reedus as she stepped out in Newport, Rhode Island on Saturday

Diane shielded her eyes with a pair of white retro sunglasses and wore her glossy blonde hair down in loose waves.

She carried her essentials inside a luxurious Louis Vuitton purse.

The actress carried her red encased cell phone with her manicured hands as she stepped out into the street.

There was no sign of her reported fiance, Walking Dead actor Norman.

Off the market: The actress is reportedly engaged to her long-time love Norman

People reported in late August that the couple were engaged following four years and one child together.

Kruger and Reedus unveiled their romance in 2017 after meeting on the set of their 2015 film Sky.

They welcomed a daughter, whose name has not yet been revealed, in 2018.

In addition to their daughter, Reedus also has a 21-year-old son named Mingus Lucien whom he shares with his supermodel ex Helena Christensen. 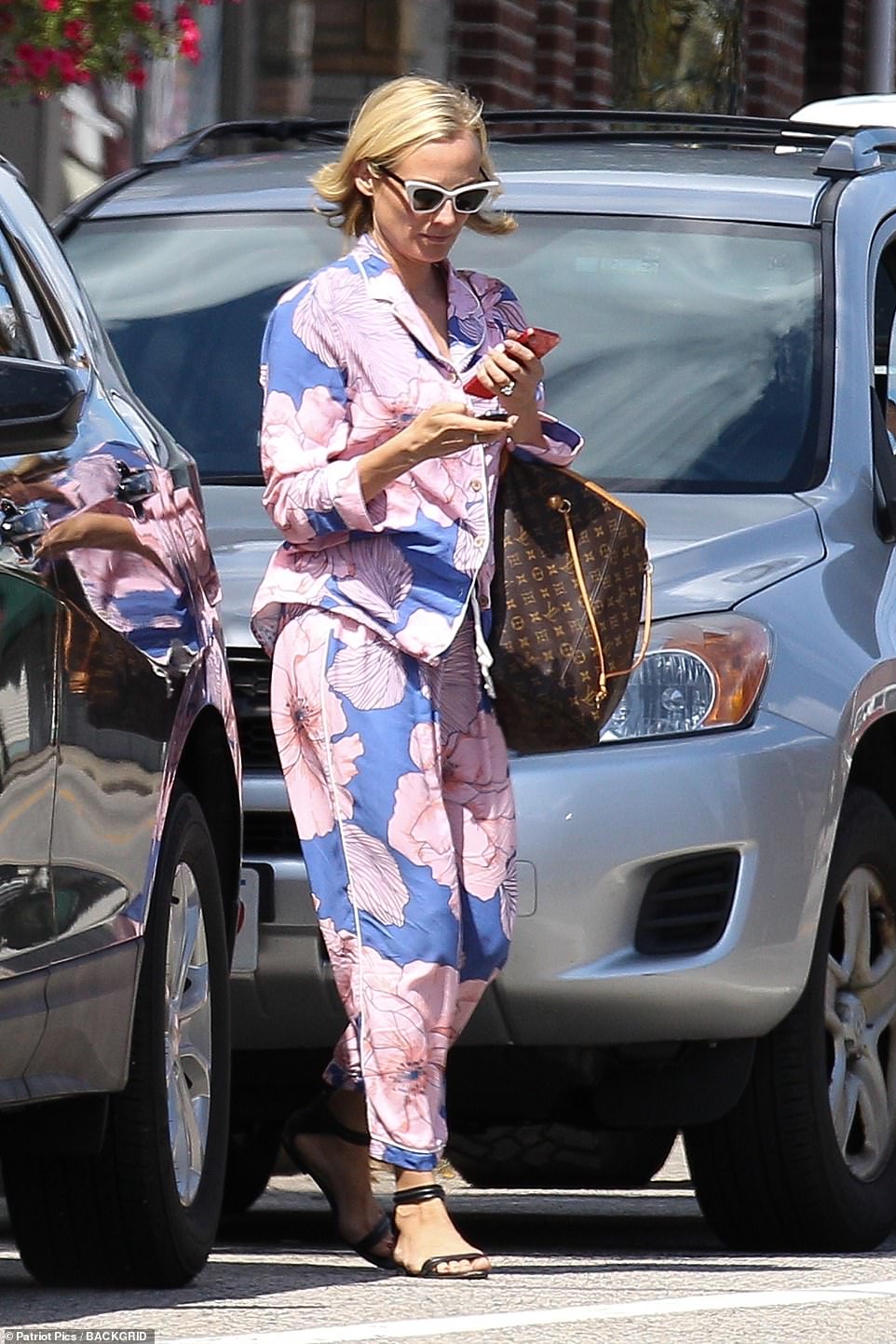 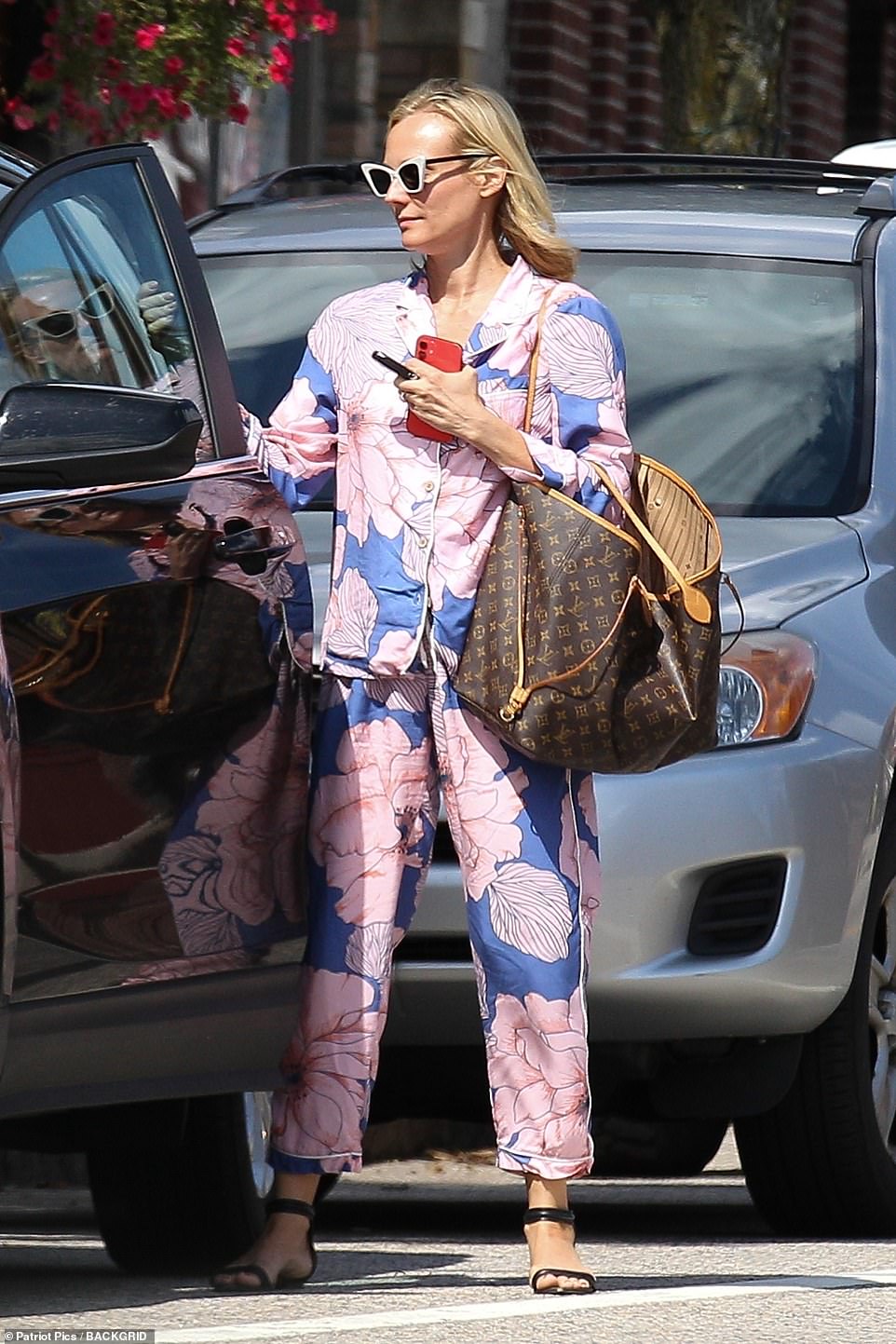 Classic touch:  She carried her essentials inside a luxurious Louis Vuitton purse

Diane, meanwhile, was previously married to French film star Guillaume Canet and was also in a ten-year-long relationship with actor Joshua Jackson.

While Diane and Norman have kept the identity of their daughter shrouded in secrecy, they do occasional offer glimmers of their life as a family on social media.

In June, the actress gushed about her partner while posting several sweet snaps of him with their daughter in honor of Father’s Day. 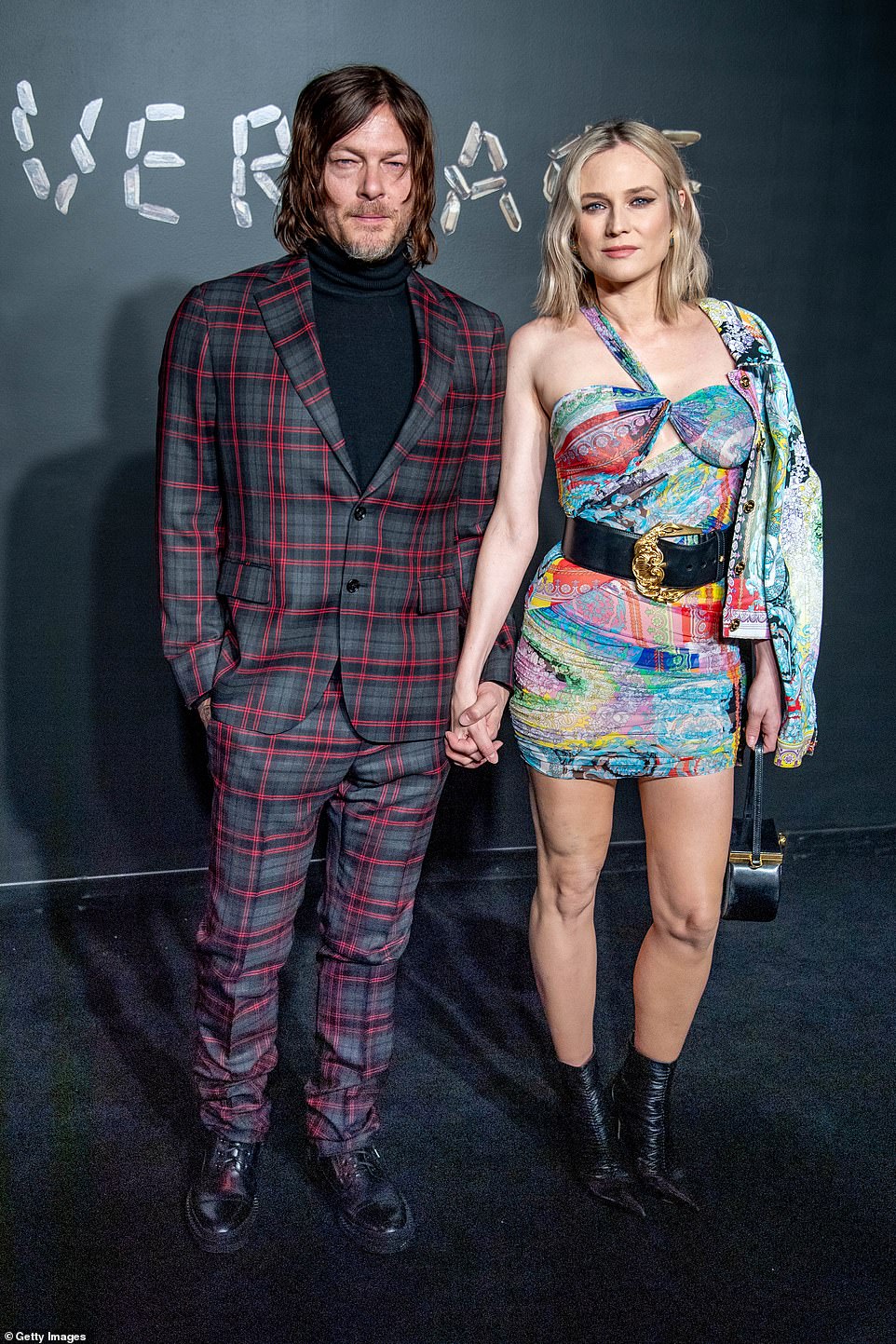 Love story: Kruger and Reedus unveiled their romance in 2017 after meeting on the set of their 2015 film Sky; pictured 2018

‘We (heart emoji) U Papa. Happy Father’s Day to the one with the sweetest heart,’ she posted in the caption.

Kruger and Reedus were first spotted together in December 2015, sparking speculation that Kruger was cheating on Jackson, though Kruger later admitted her and Jackson had split much earlier than they had previously revealed.

‘Also we broke up many months before we said we were broken up, so by the time I made that decision, it didn’t feel like it was so urgent anymore. You don’t break up overnight after 10 years, you know what I mean?’ Kruger said. 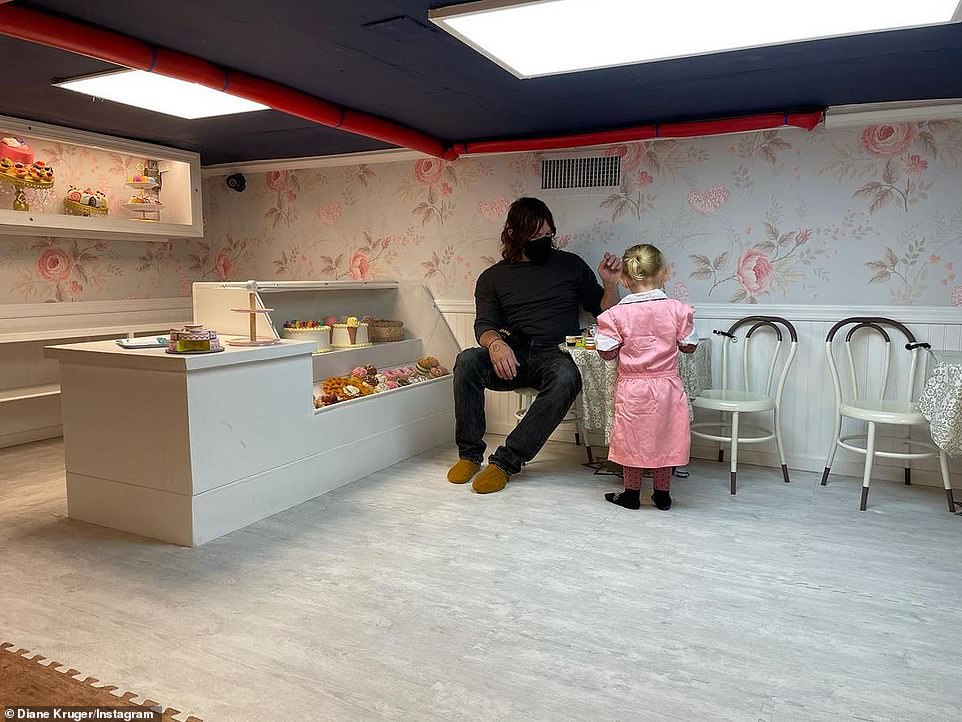 ‘Happy Father’s Day’: In June, the actress gushed about her partner while posting several sweet snaps of him with their daughter in honor of Father’s Day

They were spotted kissing in February 2017, but it wasn’t until nearly a year later that they made their red carpet debut at the Golden Globes in January 2018.

Reedus is currently filming the final season of AMC’s The Walking Dead, where he has played Daryl Dixon since the first season.

Kruger will next be seen in the action-packed thriller The 355, which is slated for release in theaters on January 7, 2022.

She also stars in First Love, which is currently in post-production and expected to be released later this year, starring with Jeffrey Donovan and Diane Venora. 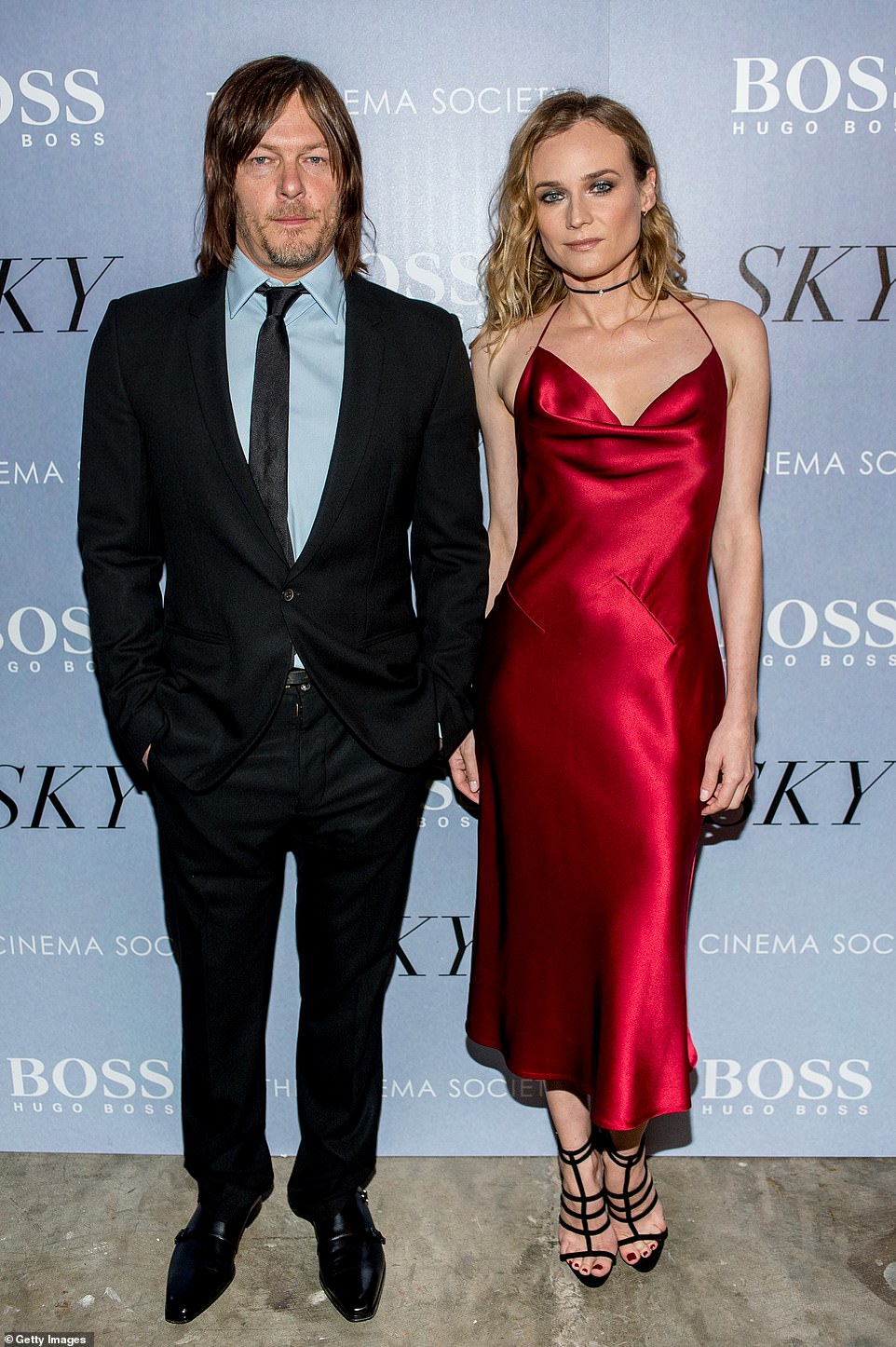 Family unit: The couple share a daughter whose name they have not yet revealed; pictured 2016