Diego Simeone has told Barcelona and Real Madrid that ‘they know they can’t make mistakes’ as his Atletico Madrid side prepare to defend their LaLiga crown against Spain’s big two clubs next season.

Atletico capitalised on their rivals’ poor domestic campaigns to seal their first title in seven years – and 11th overall – by finishing two points ahead of city rivals Real last season.

Simeone’s side are well placed to defend their crown with another huge summer of upheaval at the Nou Camp and Carlo Ancelotti fresh from taking the reins at Real after the departure of Zinedine Zidane. 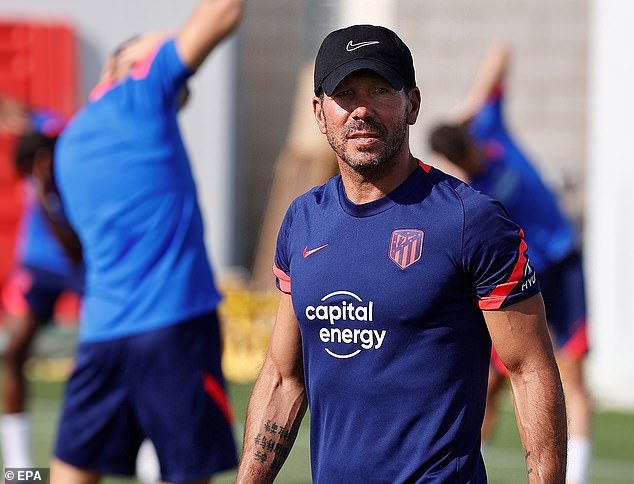 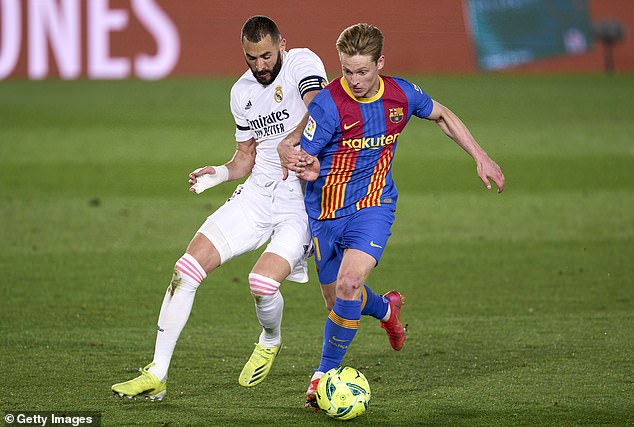 The Argentine dismissed claims that Atletico like to play the victim when comparing the squads of Spain’s big clubs but warned their title rivals that they will be capitalising on any slip ups again next season.

‘People always think I claim victimhood, but it is true that Real Madrid and Barcelona have almost always been superior. It’s the squads, all the years they’ve competed,’ he said in an interview with Marca.

‘Real Madrid and Barcelona know they can’t make mistakes. We know our place and we want to improve, but that is not victimhood. Everyone interprets it however they want.

‘The reality is that Real Madrid, Barcelona, Manchester United, PSG, Manchester City, Bayern… They are the historic clubs, but that is not why they will always win.’

Atletico have already spent £31million on signing Rodrigo de Paul from Udinese and are expected to bring in more new faces before the LaLiga season starts next month. 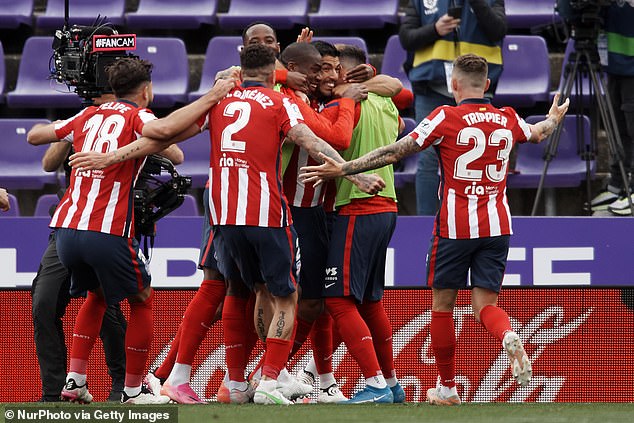 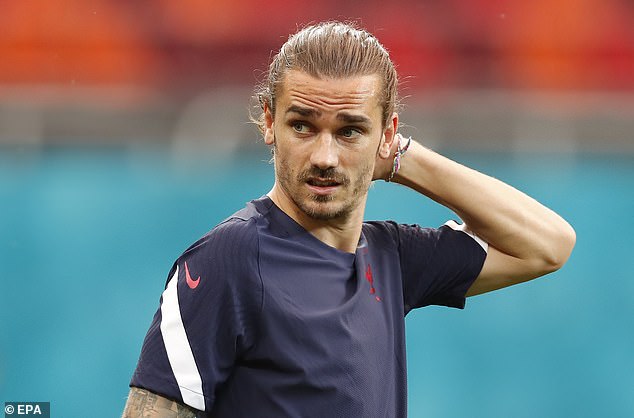 One of those linked with a move is Barcelona’s Antoine Griezmann, who has been talked up as a possible makeweight in the deal to bring Saul Niguez to the Nou Camp.

Sportsmail reported last week that the two clubs were in advanced talks about the swap deal of the summer but the chances of pulling it off now appear slim as the Frenchman would have to take a pay cut.

When asked about the possible return of Griezmann to Atletico – where he played between 2014 and 2019 – Simeone appeared to shut down any chance of bringing him back.

The Argentine added: ‘I have a very good relationship with Antoine. My family are close with his and we see each other from time to time.

‘For him I want the best and I hope he is great with Barcelona.

‘That is an extraordinary club and Antoine is the complete player.

‘In Euro 2020, he showed again that wherever they played him he can give many things.’