The enormous cavity first opened in David Platt’s backyard last year, but despite a fix being attempted a huge storm triggers disaster and ultimately leads to a character’s death, in scenes due to air from October 18.

Show bosses were told that money was ‘no object’ when filming the jaw-dropping scenes, for the soap’s ‘most ambitious stunt ever.’ 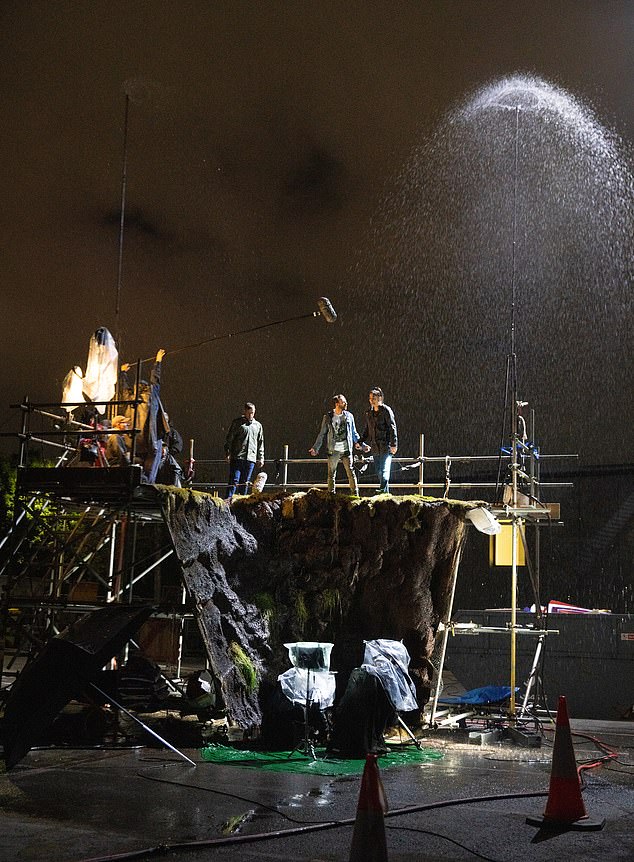 Wow! Dramatic Coronation Street set photographs reveal a deadly garden sinkhole that took two months to build, and leads to a character’s death, in scenes due to air from October 18

In the on-set snaps, David (played by Jack P Shepherd) and wife Shona (played by Julia Goulding) stare into the abyss from a platform set next to the sinkhole.

The monstrous design is made up of a warren of pools and tunnels, as well as 30ft platforms for stunt performers to leap from.

It took two days to fill the purpose-made set with five tanker-loads of water for the dramatic scenes. 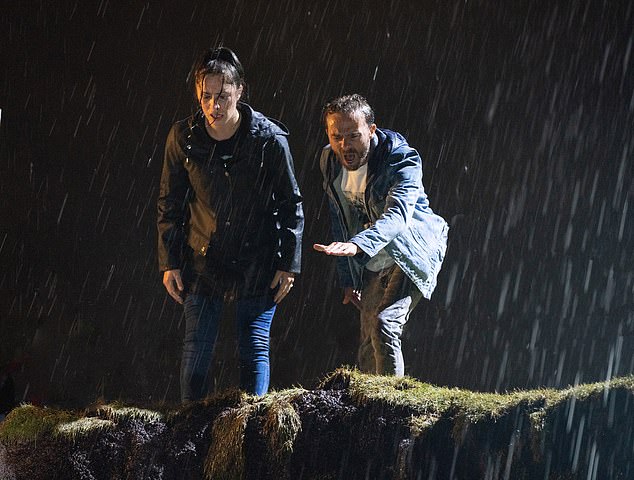 Drama! In the on-set snaps, David (played by Jack P Shepherd) and wife Shona (played by Julia Goulding) stare into the abyss from a platform set next to the sinkhole

Executive producer Iain McLeod told press: ‘We talked to the network earlier this year where we said: “What if we do something where money is no object, to show we are back?”.

‘I wrote an outline, thinking: “There’s no way we’ll be able to do it”, but they said we could.

‘Once I picked my jaw up off the floor we set about making something that makes you go: “What have they just done?”

He went on: ‘It’s got spectacular stuff and the end result is anything more ambitious than anything we have ever done before. It exceeds everything we have done due to the technical elements.’ 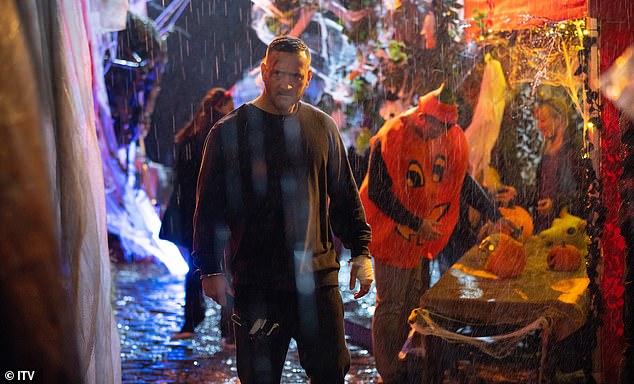 Trouble brewing:  Coronation Street boss Iain Macleod has teased monumental consequences for a week of deadly stunts, which is paving the way for an explosive Christmas and New Year

The new photos come after Coronation Street boss Iain Macleod teased monumental consequences for a week of deadly stunts, paving the way for an explosive Christmas and New Year.

Super Soap Week, which hits screens later this month, will see a series of deadly stunts which will see several residents’ lives put in extreme stranger when a storm wreaks havoc in Weatherfield – but not everyone will survive.

And producer Iain hinted that the ‘truly massive’ heart-stopping events and death of at least one character will have major ramifications for the street, and will lay the groundwork for the upcoming festive episodes.

Speaking to press about what to expect, Iain said: ‘Having done a number of event weeks, it’s only worth doing if the aftermath is more interesting than the week. It’s all very well blowing up the Street so to speak, but it only means so much if it doesn’t change lives or have an aftermath. 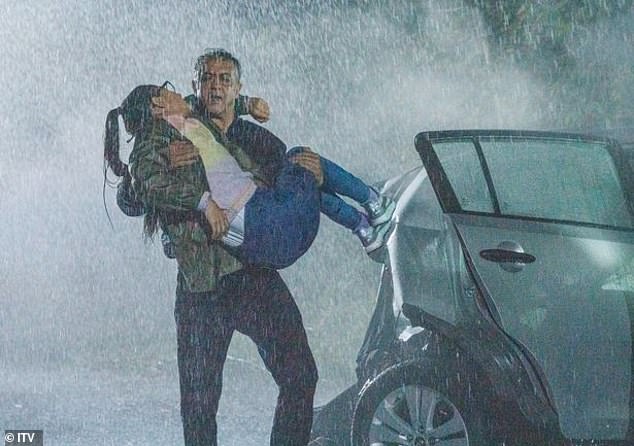 Devastating choice: Meanwhile, Dev Alahan is forced to make the agonizing decision of which one of his children he drags to safety from a burning car

‘There are brilliant final chapters but exciting novel and new chapters in other stories – some of which are surprising. It’s a launch pad for Christmas and New Year, absolutely.’

Coronation Street will be transformed into ‘Horror Nation Street’ this month, which horrifying scenes kicking off from October 18th.

Viewers will be in for a treat as the week will see plenty of high drama, emotions and deadly stunts amid the cataclysmic rain storm which rips through the town – with one terrifying consequence being the Platt’s sinkhole being reopened and putting several lives in danger.

Opening up further about the upcoming episodes – which took over a month to film, with the cast in over 70 separate close contact cohorts and was shot in a purposely built ‘subterranean universe’- Iain said: ‘What you can expect is truly massive.

Coronation Street continues Mondays, Wednesdays and Fridays at 7.30pm and 8.30pm on ITV. 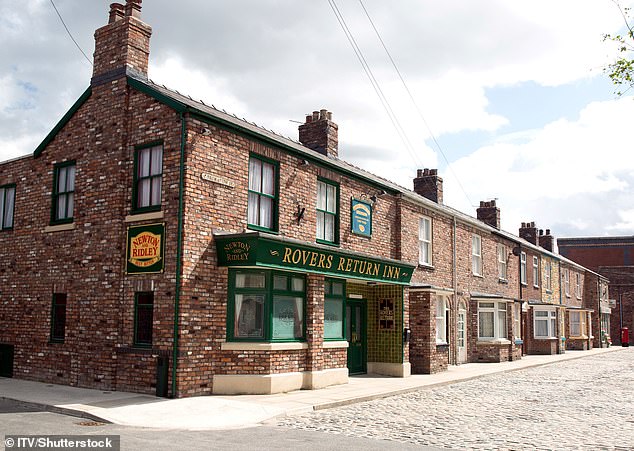 Big scenes ahead: ‘We talked about doing something in the autumn, where money is no object, we just go nuts, and show Coronation Street is back