He has been suffering intense pain since spring 2021 when he opened up about his back problems.

But Eamonn Holmes, 62, got dressed up to attend the opening night of Cirque de Soleil’s LUZIA at the Royal Albert Hall in London on Thursday night.

The television presenter looked dapper in black tie as he walked the red carpet with a cane alongside fellow broadcaster Isabel Webster, 39. 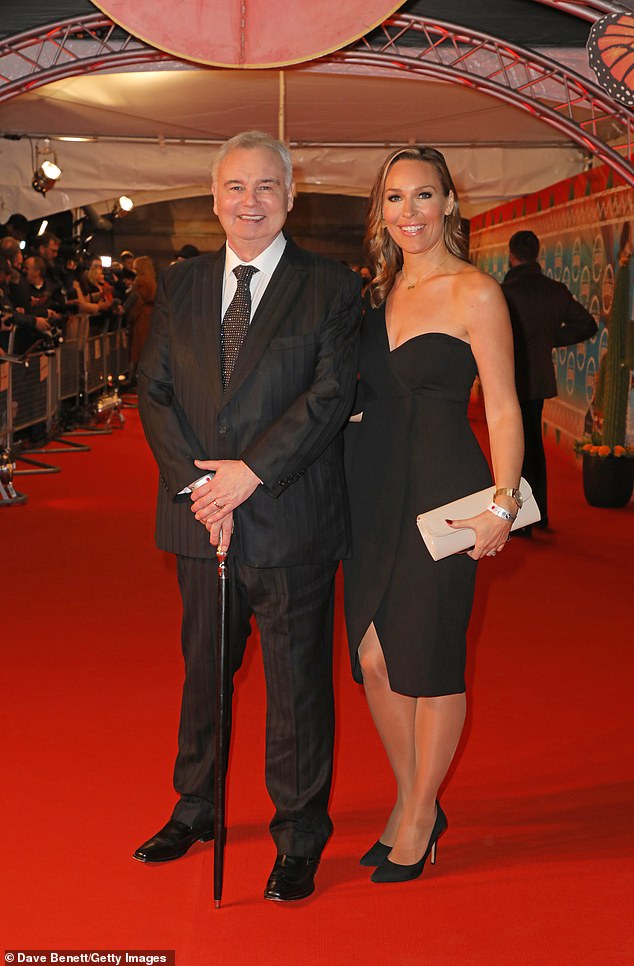 Out on the town: Eamonn Holmes, 62, walked the red carpet with a cane at the opening night of Cirque de Soleil’s LUZIA at the Royal Albert Hall in London on Thursday night

Eamonn looked smart in a black suit and tie which he teamed with a white shirt for the evening.

He was happy to pose for pictures, using a stick to help support him as he stood outside the venue after he arrived.

Isabel looked glamorous in an off-the-shoulder black dress with a sweetheart neckline. 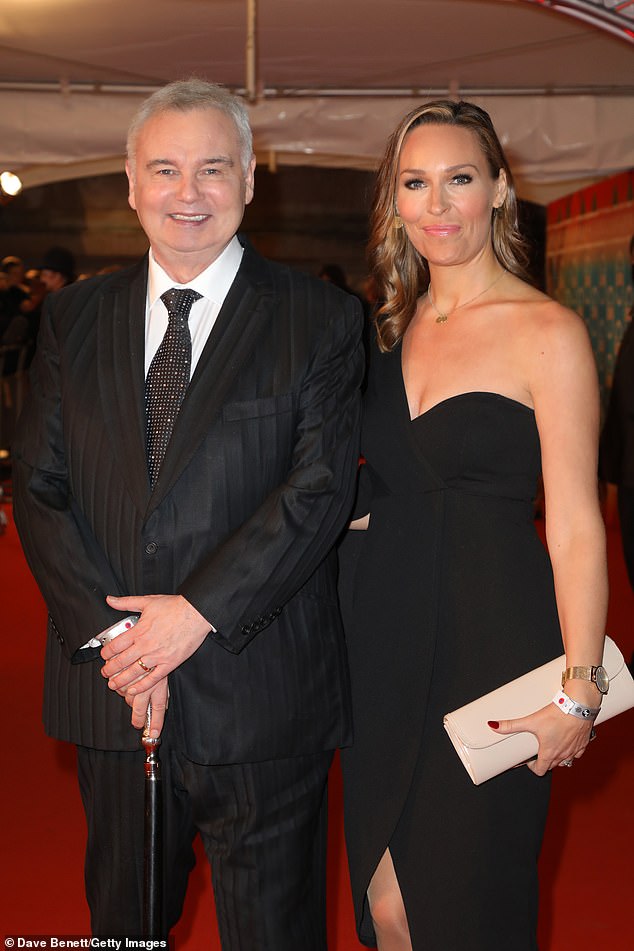 Professionals: The star, who appeared alongside fellow broadcaster Isabel Webster, 39, has been suffering intense pain since spring 2021 when he opened up about his back problems

She showcased her slender legs, with the hem of her dress finishing just below her knee while the garment featured a small split to the front.

The screen star added a few inches to her stature by opting for a pair of black heels to match the colour of her dress.

Eamonn’s wife Ruth Langsford, 61, did not attend the event with her husband. 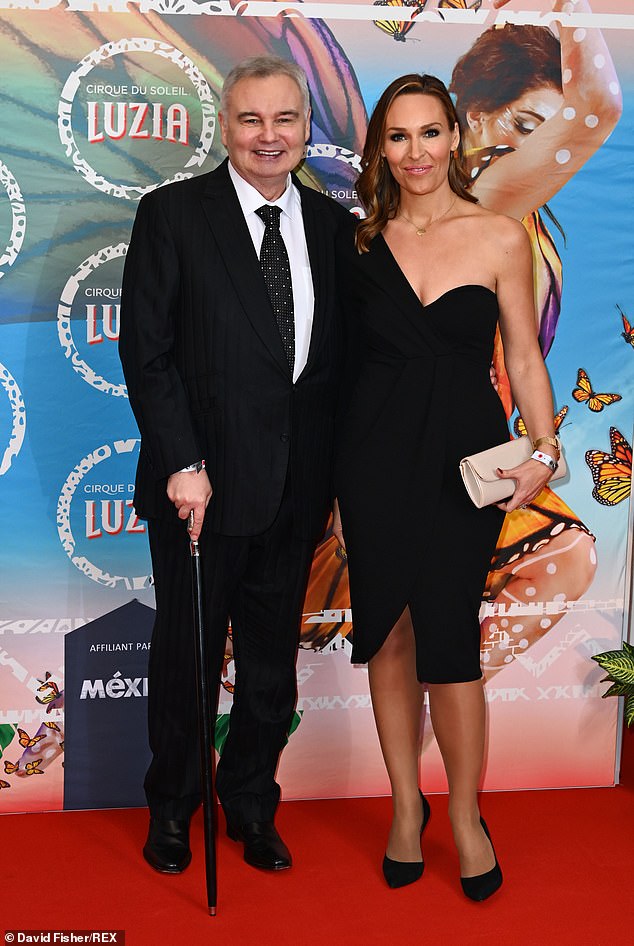 Tough times: Eamonn suffered a dislocated pelvis and three slipped discs that cause him to need his cane

Eamonn recently admitted the dislocated pelvis and three slipped discs that cause him to need his cane has put ‘some strain’ on his relationship as Ruth is ‘fed up’ with his constant ‘moaning’.

In an interview with The Sun last month, Eamonn told how his struggles with his ‘trapped sciatic nerve’ had an impact on his family who have to help him with everyday tasks.

He admitted: ‘It’s been a difficult year. For months now I haven’t been able to walk, sometimes at all, and it has really taken its toll on everyone around me too…

‘I can’t bend down to pick things up so Ruth ends up having to wait on me, and I know my sons particularly are a bit embarrassed by the way I move around.’ 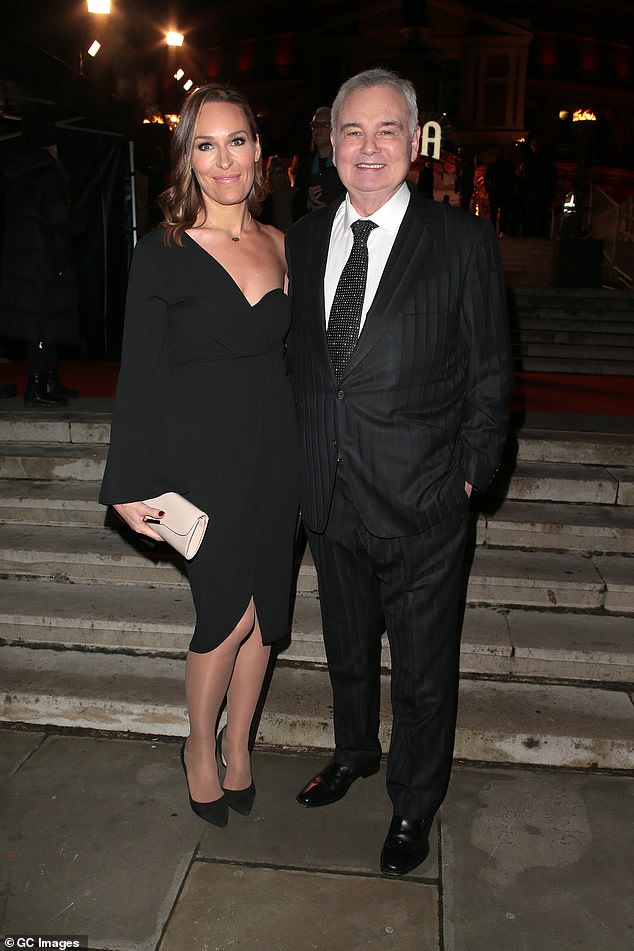 Glitterati: The television presenter looked dapper in black tie as he arrived with Isabel who looked glamorous in an off-the-shoulder black dress with a sweetheart neckline

The former This Morning host told of feeling ’emasculated’ at having to sell his car he can no longer drive while he relies on a hook to pull his trousers up and other aids to put his shoes and socks on.

And despite being put through his paces by trainer James, who does ‘weird and wonderful procedures’ to get him flexible in the mornings, Eamonn admitted that it was a ‘slow progress’ and that he feels he sometimes has to ‘hide’ how he feels so as to not frustrate anyone.

On how it’s impacted wife Ruth, he said: ‘Even my own family are bored of my moaning. It has caused some strain and Ruth is fed up of hearing about it and of me saying I can’t walk the dog or tidy up, but I can’t help it. It’s agony. 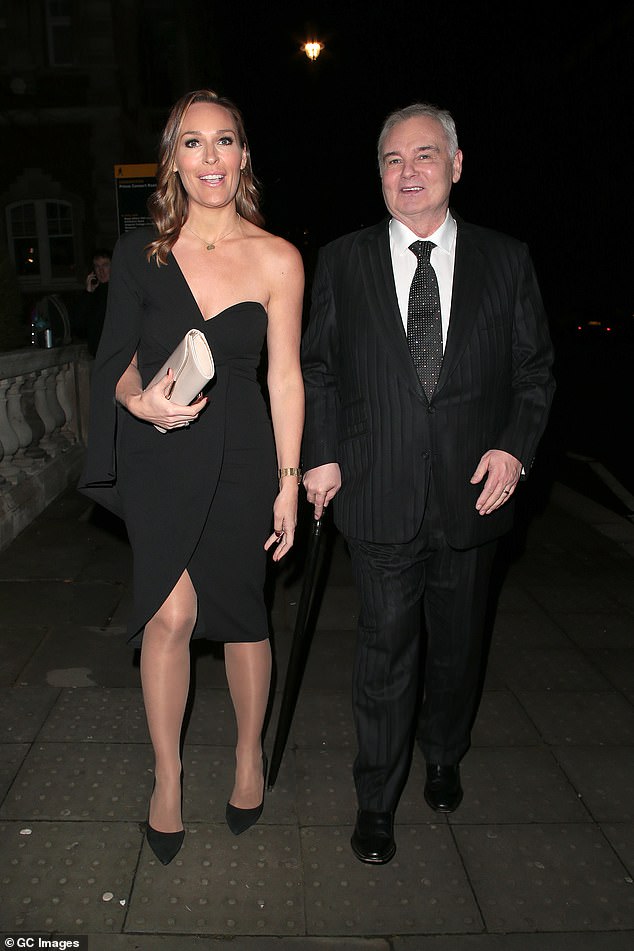 ‘I take Tramadol sometimes to help it but you can’t take them all the time and they will only give you so much. It gets me through a Saturday if we have plans, and suddenly everyone has a nice time again — but then the pain comes back.’

The pair fronted their first show earlier this month and the Eamonn admitted he ‘didn’t sleep a wink’ beforehand. 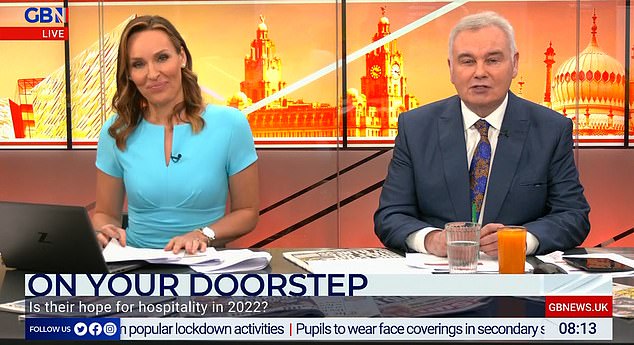 New role: Eamonn first appeared on GB News this month, on which he co-hosts Breakfast with Eamonn & Isabel alongside Isabel Webster

He said: ‘I need to make a long-term plan about how to get up in the morning. I didn’t sleep a wink last night.

‘My kids brought me a fancy alarm clock. It went off and I couldn’t turn it off.’

Eamonn also admitted his and Isabel’s breakfast show will aim to ‘do lots of things differently’.

Speaking on the show, he added: ‘I’m having some lovely messages from people all around the country who are looking forward to whatever we’re going to do differently. 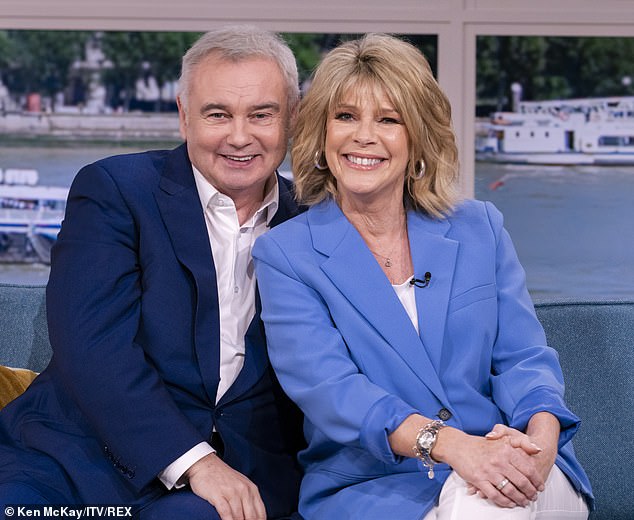 Couple: Eamonn’s wife Ruth Langsford, 61, admitted she is ‘very proud’ of her ‘news junkie’ husband, and hinted they could still team up for some new projects together in the future

It came after ITV released a statement confirming Ruth would be remaining with the channel after Eamonn’s departure.

A spokesperson said: ‘We would like to wish Eamonn all of the very best in his new role.

‘As a duo, Eamonn and Ruth have been part of the This Morning presenting team for the last 15 years and we thank Eamonn for all of his hard work and contribution to the show.

‘Ruth remains an important part of ITV Daytime both as a continuing member of the This Morning family and as an anchor presenter on Loose Women.’

And Ruth admitted she was ‘very proud’ of her ‘news junkie’ husband while hinting they could still team up for some new projects together in the future.

Speaking to Best magazine, Ruth said: ‘I’m still at ITV, with This Morning and Loose Women.’

On Eamonn, she added: ‘I’m thrilled. It’s what he does best.

‘He’s always been very entertaining on ‘This Morning’ – Eamonn can turn his hand to anything.

‘He’s a total news junkie. I’m very proud of him. Yes, no more ‘This Morning’ together – but it doesn’t mean there aren’t other projects we can do together.’ 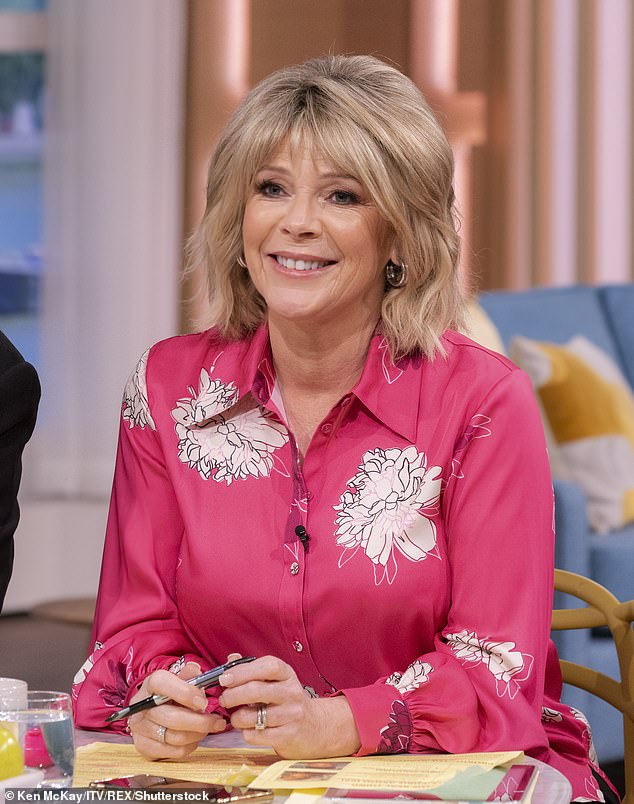 Career: Ruth Langsford will remain at This Morning, despite her husband Eamonn Holmes leaving the programme, with the couple previously hosting This Morning together