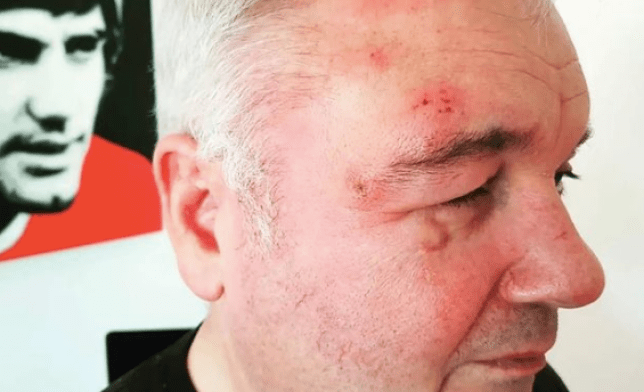 Eamonn Holmes has shared a ‘horrifying’ selfie amid his brutal battles with shingles.

The presenter said he resembled something from a ‘hammer horror film’ as he took an enforced break from hosting This Morning.

He posted a picture on social media showed him covered in painful-looking blisters as he continues his recovery.

Shingles, which is from the same virus that causes chickenpox, first affected Eamonn three years ago.

The 61-year-old told the i: ‘It was like some hideous movie, where you feel your face and you go, “What’s that?”’.

“I remember going to the bathroom mirror and jumping back in horror. I had no idea what the symptoms were or why you would even be vulnerable to it.

The presenter was forced to take a break from This Morning (Picture: Ken McKay/ITV/REX/Shutterstock)

He added: ‘I had no idea whether I had ever had chickenpox at all, so I had to go and ask my mother.’

Eamonn also shared pictures of his infection with the Loose Women presenters during an appearance earlier today.

Speaking on the show, he said: ‘This is me with shingles looking like Quasimodo there and as you can see from that, it’s quite brutal.

‘You’ll say, “How on earth did you get that?” Well, if you’ve had chickenpox and you’ve had the virus, it’s there in your system and there’s a very high chance – 60% chance or so – that you too will have shingles.’

‘That was at a time when my eldest son – my only son to get married. That was the first marriage in the family and that was what I looked like on the wedding day and I had to have that covered up.’

‘But the timing was awful. The dangerous thing about mine was that if it’s on your face, it can affect, maybe impair your eyesight.’ 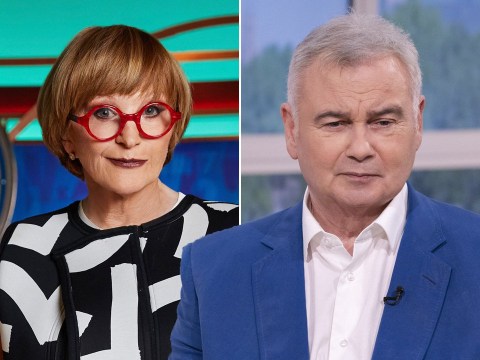 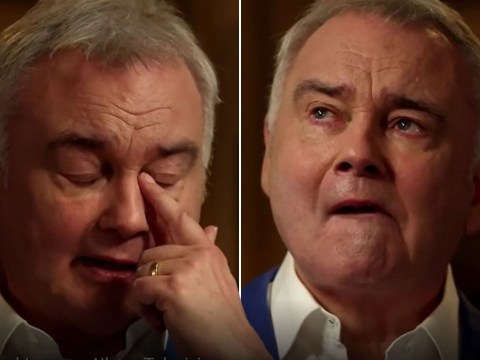 Eamonn Holmes breaks down in tears remembering his beloved late father: ‘I still miss him’ 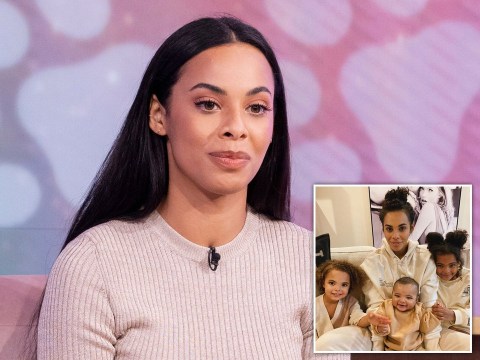 It comes after Eamonn recently revealed he once told Anne Robinson he would have ‘knocked her f**king head off’ after she claimed he’d ‘sacrificed fatherhood for fame’.

The presenter revealed that the Countdown and former The Weakest Link host, 76, had angered him after making comments about his parenting without knowing the lengths he went to to be present for his children when they were growing up.

MORE : Eamonn Holmes told Anne Robinson he’d ‘knock her f**king head off’ if she was a man after criticising his parenting

MORE : Eamonn Holmes breaks down in tears remembering his beloved late father: ‘I still miss him every day’