EastEnders star James Ferrar is set to become a father for the first time.

The actor, who plays Zack Hudson on the soap, revealed he’s expecting his first child with wife Ali Roff as he appeared alongside her in a sweet Instagram snap.

Ali, who cradled her growing bump in a floral dress for the touching image, captioned the post: ‘Mama and Papa.’ 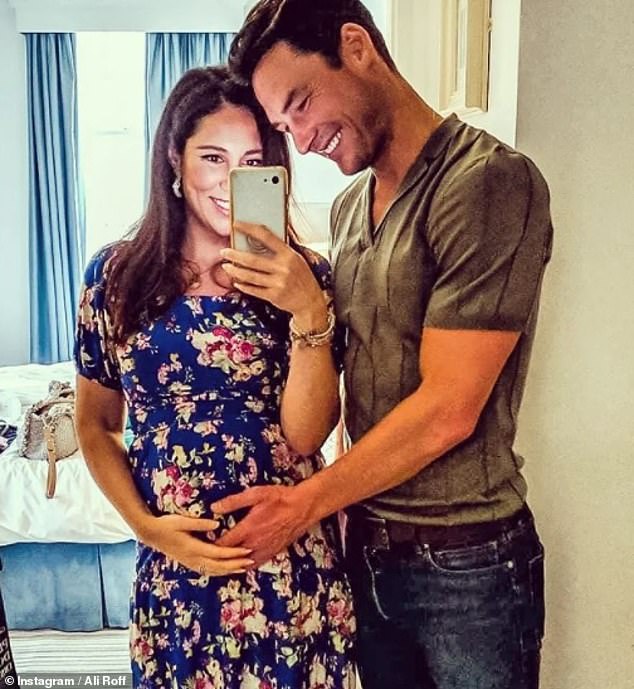 Sweet: EastEnders star James Ferrar is set to become a father, as his wife Ali Roff revealed they’re expecting their first child in a sweet Instagram snap on Wednesday

James and wellness guru Ali tied the knot in 2017 after over a decade together, and the actor has previously gushed she’s his ‘life partner and life coach all in one.’

In a 2019 Instagram post he offered insight into the early months of their romance, writing: ‘When we first met we were “unavailable”. Our interests were football, netball, partying and being rascals. We couldn’t help falling for each other and a lot has happened since.

‘In our 12 years together Ali has spent time travelling the world educating herself on Eastern and Western philosophy. I spent a year away from London filming a TV show. We moved to Blackheath together and got married.

‘We founded a successful retreat… Ali had a flourishing career at a big finance investment cooperation but left to pursue her dream – writing.’

James made his debut on EastEnders in March 2021, as Sharon Mitchell’s long lost brother Zack.

His character has since sparked up a romance with Nancy Carter after she made a surprise return to Albert Square this summer.