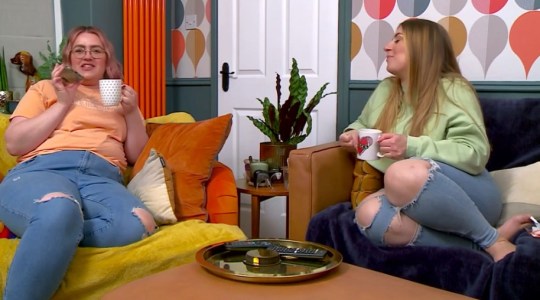 Gogglebox fans were excited for Ellie and Izzi to return (Picture: Channel 4)

In order to get to the bottom of it, Ellie gave him a call to check if he had mistaken a shotgun wedding for something else.

‘Hello? Nat? Do you know when you said about a shotgun wedding this morning, what did you think a shotgun wedding meant?’ the hairdresser asked over the phone, as he replied on speaker: ‘Forced to get married.’

Realising that Nat did know that shotgun weddings often happen when the bride is pregnant, Ellie asked her partner: ‘So does that mean that you’re going to get me pregnant?’

‘No,’ he replied abruptly, confusing Ellie and Izzi as they hung up the phone.

Ellie and Izzy are back! #Gogglebox

i just cried seeing ellie back on #gogglebox (bless her)

Aw Ellie and Izzie are back â¤ï¸#Gogglebox

‘So happy to see Ellie and Izzi back on our screen,’ one person tweeted, as another wrote: ‘I just cried seeing Ellie back on Gogglebox (bless her).’

‘I’m glad Ellie and Izzi is back I’ve missed them,’ someone else said, as another added: ‘Oh yay! Lovely to see Ellie and Izzy back.’ 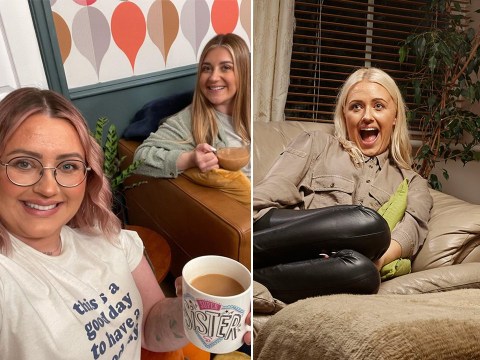 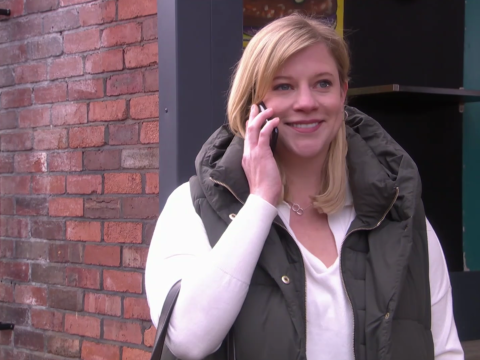 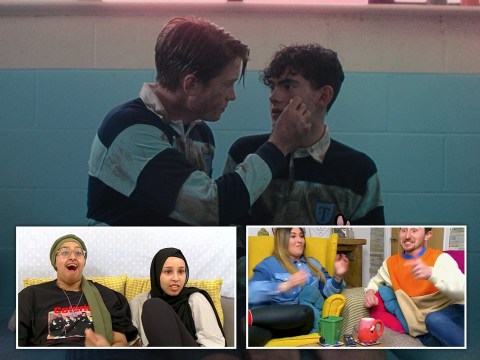 Ellie confirmed she and Izzi would be back on Gogglebox earlier today, sharing a post on Instagram that read: ‘Looking forward to getting back on your screens tonight! Thank you for all the well wishes, we are really grateful that things are getting back to normal.’

She recently asked people to send donations to a brain injury charity in honour of her 32nd birthday, saying: ‘Their mission means a lot to me.’

Gogglebox returns next Friday at 9pm on Channel 4 and is available to watch on All 4.

MORE : Gogglebox: Lee gives updates to fans concerned for Jenny as she misses show due to surgery