The Game Of Thrones actress, 34, displayed her trim legs and svelte waist in a pink skater dress, paired with a thick black belt as she posed up a storm.

The garment was paired with black boots  and featured a silver zip detail. 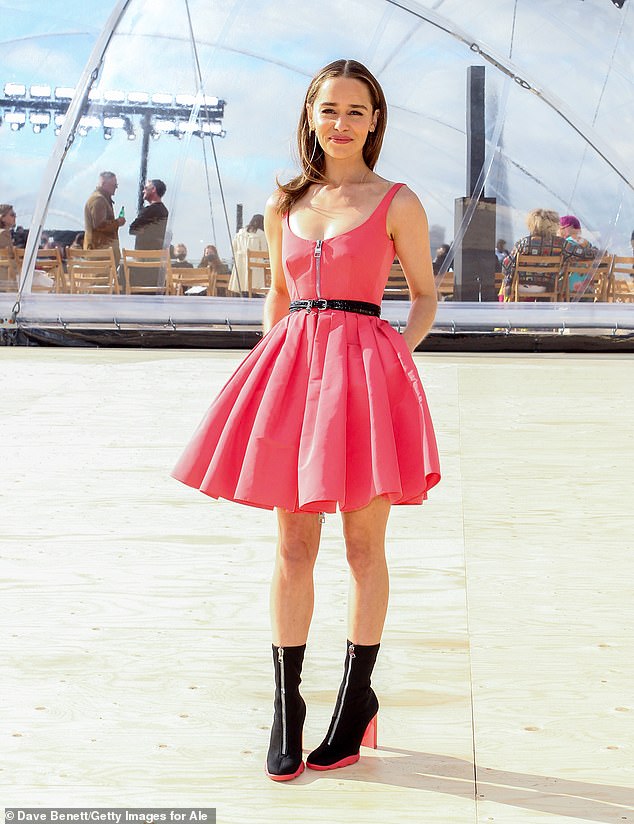 The Me Before You star wore her tresses sleek and straight and sported a radiant palette of make-up.

This comes as Jason Momoa reacted to a viral photo he took with Game Of Thrones co-star Emilia while promoting season two of See with co-star Dave Bautista.