At home in Orpington, Kent, while much of Britain wondered how a barely-known teenager could cruise from the qualifiers through to winning the US Open, Simon Dahdi remarked on how familiar were Emma Raducanu’s performances in New York.

From the wonderfully rounded game to her focus on court and the unflappable composure the teenager has displayed away from it, each has been a characteristic that Dahdi recognised as Raducanu’s mentor in her crucial, formative years.

‘I first came across Emma when she was eight years old,’ Dahdi, then a regional talent spotter for the Lawn Tennis Association, says. 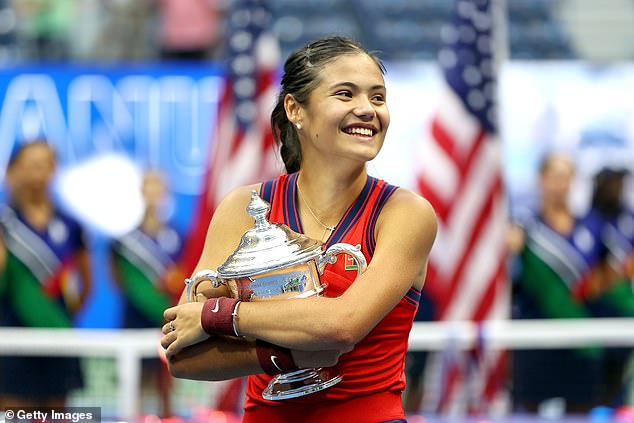 ‘It was obvious even then how talented she was. She showed athleticism, concentration. Good technique. Good understanding of the game tactically. She was very impressive from a very young age.’

Dahdi worked with Raducanu through to the age of 11, assisting with her coaching at Bromley Tennis Centre, attending her regional training camps and marvelling at her performances in the international fixtures that the LTA set up for the best young talent.

He recalls a shy, young girl with fierce determination and an unusual capacity to absorb information.

‘You get a lot of kids who are very competitive,’ Dahdi, 41, says. ‘She was very too but she disguised it well.

‘The interesting thing was that she really held eye contact. She was really interested in what you had to say. Really wanted to work on what you were saying. Some children at that age, they kind of lose their attention and look around. She was hanging on to every word.’ 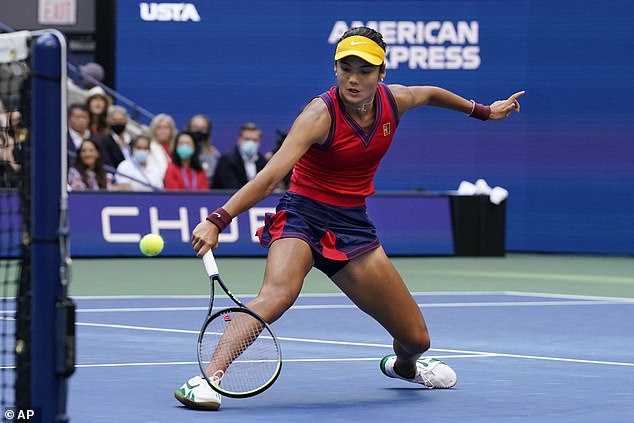 Dahdi describes the young Raducanu as a ‘warrior’ on court who, if the opportunity presented itself, had no qualms about beating boys her age without conceding a game.

As is often the case with young players, she had to work hard on her serve but otherwise his instructions often tended to focus on introducing variety to her game, such was her grasp of the sport’s fundamentals.

He forged a close relationship with her parents, Ian, a Romanian, and Renee, from China, and noted the discipline they impressed on their daughter. ‘The father was heavily involved. I had plenty of conversations with him. It was all friendly, all relaxed. And the mother was very calm, very laidback. They showed a lot of intelligence. Very supportive.

‘Their cultures are a little bit different. There was a lot of discipline. She was always at tennis lessons on time. Everything was well planned and structured. They knew what she should be doing. Ian did a lot of research online and was up to date with what was going on.’ 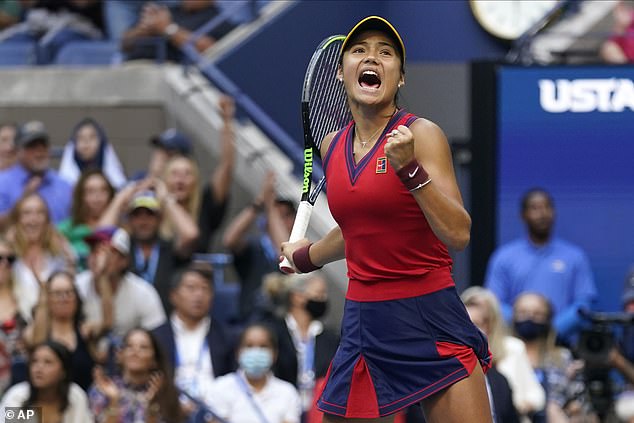 Now working as a train driver, Dahdi’s shift pattern has allowed him to watch all of his former prodigy’s matches over the past fortnight, while swapping text messages with her father to celebrate Raducanu’s victories.

During her run to the fourth round of Wimbledon, however, the timings of match was not so kind and Dahdi found himself at the helm of a Thameslink train running from Blackfriars through Kent during her third-round win.

‘I can’t drive with my phone switched on,’ he says. ‘After a few stops, I need to know what was going on. I made an announcement to the passengers. “If anyone is watching a bit of Wimbledon, there is a girl called Emma Raducanu who is a great player from Bromley, if you can tell me what the score is, that’d be great.”

They passengers duly obliged at each stop until, eventually, victory was sealed. ‘When I got to Bickley Station, this man came off the train came to the front and said she has just won 7-5 in the second set. I was like, “Crikey”. I was so happy.’