Emmerdale’s Annie Sugden is set to be killed off after actress Sheila Mercier’s death last year.

In scenes set to air next week, Victoria is devastated after learning that her grandmother had passed away, after leaving the village in 1994 for a new life in Spain.

Sheila passed away peacefully in her sleep in December 2019 at the age of 100, and the soap paid tribute at the time by dedicating an episode to her. 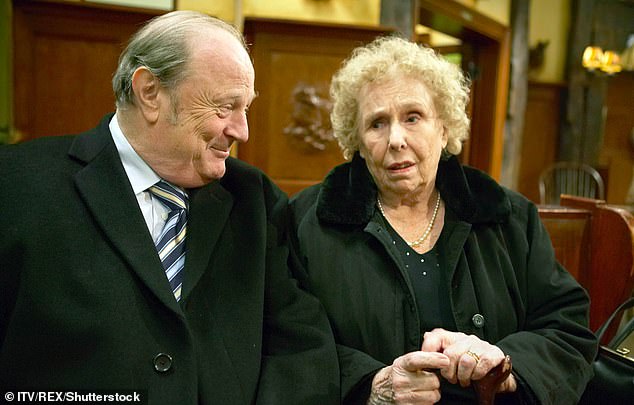 RIP: Emmerdale’s Annie Sugden is set to be killed off after actress Sheila Mercier’s death last year (pictured during her last appearance on the soap in 2009)

Victoria receives the sad news just as her love life seems to be improving, as Marlon and Bob join forces to bring her and Luke Posner together once and for all.

But she then receives a phone call learning of Annie’s passing, Victoria is devastated, leaving Marlon feeling awful for her.

Despite being absent from the soap for more than 20 years, Annie was still regularly mentioned on the soap as characters would travel to visit her and husband Amos in Spain. 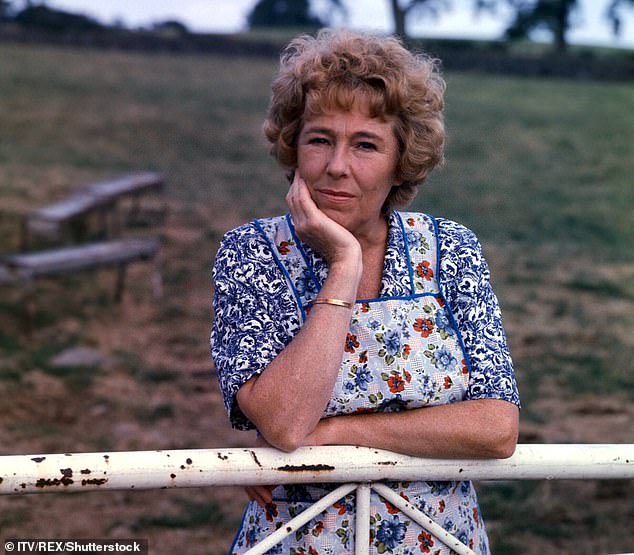 Sad: Sheila passed away aged 100, and was one of Emmerdale’s original cast members, playing Annie from 1972 to 1994

She also made a brief return in 2009 following her son Jack’s death, and was last mentioned in November 2019 when Victoria revealed she was upset to hear her grandson Robert had been sent to prison.

Sheila’s death was announced by her co-star Frederick Pyne, who played Matt Skilbeck from 1972 to 1989.

Writing on social media he said: ‘Sad to tell all you Emmerdale fans that Sheila Mercier, Annie Sugden, died peacefully in her sleep… She would have been 101 years old on New Years Day. She was a great character and wonderful to work with,’ Metro reported. 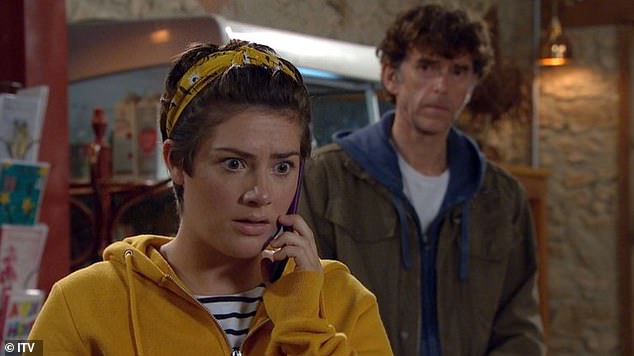 A spokesperson from Emmerdale said: ‘Its always sad to hear of the death of an actor who played a significant part in Emmerdale’s success.

‘Even more so when that actor was in the very first episode and around whose family the show was built. ‘Annie Sugden’ embodied all the virtues of Yorkshire…

‘She was hard working, resilient, determined, down to earth and didn’t suffer fools gladly. Sheila had many of those qualities too, putting the needs of the programme above her own and always delivering a great performance come rain or shine. She will be greatly missed.’

The soap then paid tribute to Annie several weeks later by dedicating an episode to her, which earned plenty of praise from fans on social media.

Sheila, from Hull, East Riding of Yorkshire, was cast in the British soap as Annie Sugden in 1972 when the programme launched as Emmerdale Farm and appeared in the first episode, before departing as a main cast member in 1994. 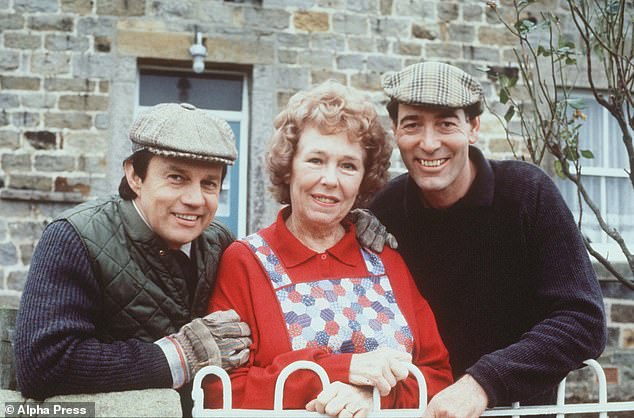 Legend: Following her departure, Sheila made several guest appearances in the soap and was described as ‘the beating heart of the soap’