It was destined to be a special day for Sale from the moment England prop Bevan Rodd broke out of the front-row mould with an audacious assist for the home side’s second try.

The Sharks led 7-0 in this Anglo-Welsh tie at the AJ Bell Stadium when the magic happened.

Ben Curry won a turn-over and popped the ball up to Rodd, who veered round the back of the ruck and burst clear through a gap. 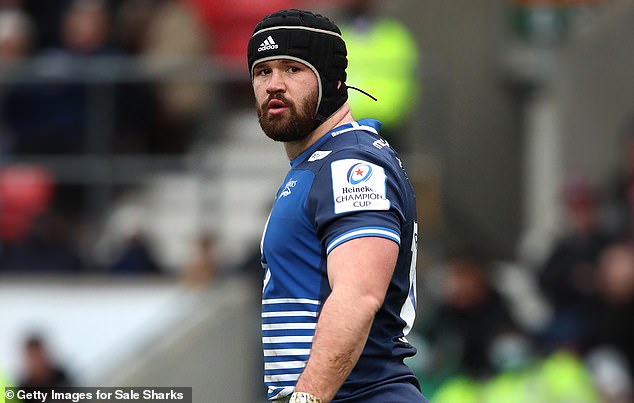 As if his turn of pace wasn’t eye-catching enough, the 21-year-old then glanced left, ignored a closer team-mate and unleashed a supreme, long pass into the path of Arron Reed, allowing the wing to scorch away and score.

Rodd earned an ovation as he returned for the re-start. The home fans recognised the quality of his work and, after his side had thundered to a seven-try, bonus-point win, so did Sale’s director of rugby, Alex Sanderson.

‘He’s got it all, hasn’t he?’ he said. ‘You miss that part of Bevan’s game because he’s a loosehead prop who expends a lot of his energy in mauls and scrums, but it’s his loose play that sets him apart, from other looseheads.

‘He’s a looser loosehead! It was great to see him make that break and thread that pass through for Aaron Reed, who I thought was outstanding as well.’ 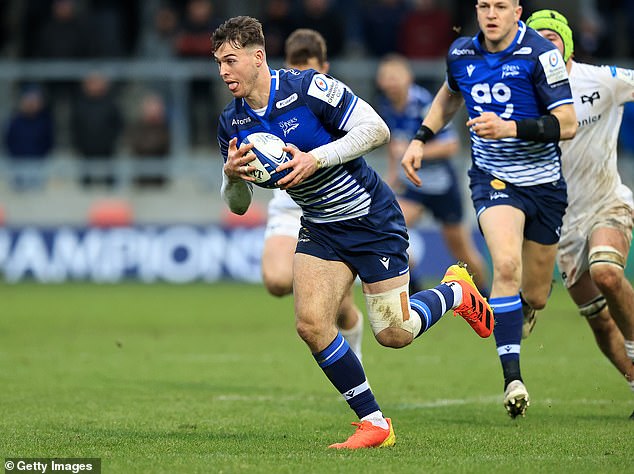 The Ospreys fielded a young line-up and they were there for the taking, but this was still a statement result for Sale.

It was a statement performance too. By the end, they were a breath-taking blur of liberated energy, with massive Springbok lock Lood de Jager summing up the expressive mood with a deft juggle, carry and back-hand off-load to set up the last try, by Jack Metcalf.

In the second half, England flanker Tom Curry came off the bench and evidently relished the positive occasion.

‘The shackles seemed to be off today,’ said Sanderson – whose side are languishing in 10th place in the Premiership.

‘We’ve had a real focus on staying stronger for longer – pushing our intensity in the second half – and we saw that today, I felt. But it’s easier when you’ve got Tom Curry coming off the bench to drive it for you. 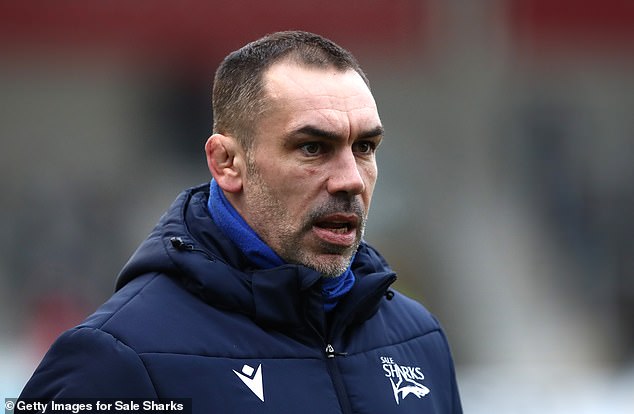 ‘He enjoyed it, but he’s got a bit more of a shift to put in next week. There’s a chance he might be staying back to get a bit more game-time, but it’s between him and Eddie. He just hasn’t played a lot in the last couple of weeks.’

There would be an obvious benefit to Sale if they can take on league leaders Leicester in Salford next Sunday with the unexpected bonus of having Tom Curry at their disposal, at a time when England are preparing for the Six Nations.

Meanwhile, in Europe’s premier event the Cheshire club will now take on Bristol in the home-and-away last 16. 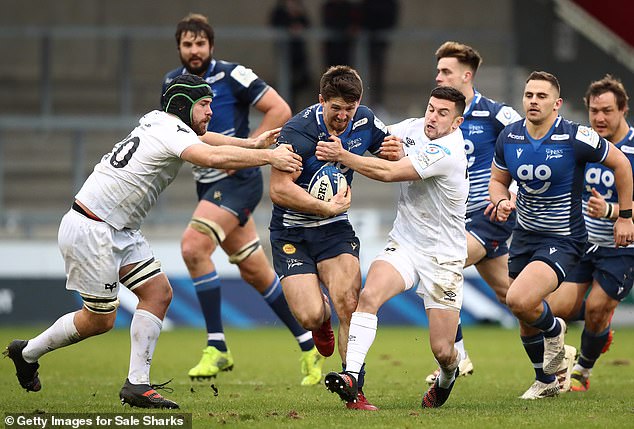 ‘The obvious goal is Marseille,’ said Sanderson – in reference to the finals weekend in May. ‘I do think we can get there, on the back of that kind of performance – if we get all the players back, in fine fettle, motivated and in form like that, repeatedly.

‘Why not us? I feel like we deserve to be in the last 16 because we’ve shown that kind of form today. Now we have to make the most of it. We have an opportunity to show how good we are in this competition.’

A heavy defeat for the Ospreys was compounded by the grim sight of flanker Sam Cross being carried off on a stretcher, with what was feared to be a serious leg injury.