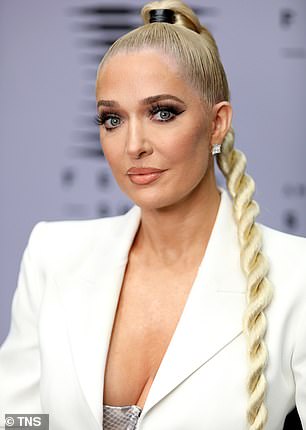 Erika Jayne may have recently said she has ‘zero dollars’ to her name, but her full salary for The Real Housewives of Beverly Hills has now been revealed.

According to a report from The New York Times the 50-year-old reality star is making $600,000 for season 11 of the popular Bravo series.

Jayne joined the show in 2015 and the Housewives are said to get pay rises for each season they are asked back.

Her estranged husband Tom Girardi, 82, has been accused of embezzling millions of dollars meant for the 2018 Boeing plane crash victims, and as a result, both have had to give up their lavish lifestyles.

Jayne once famously employed $40K-a-month glam quad to keep her looking like a pop star, but that has all gone now that she’s been asked to pay back an alleged $25million loan from her ex Girardi.

As well as saying she has ‘zero dollars’ to her name, Jayne, on a recent episode, branded broke life ‘f***ing bulls***t’ while guzzling champagne on a luxury vacation to a vineyard.

Jayne’s estranged husband Tom was once worth an estimated $264million, and the pair have since moved out of their luxury Pasadena mansion following the scandal. 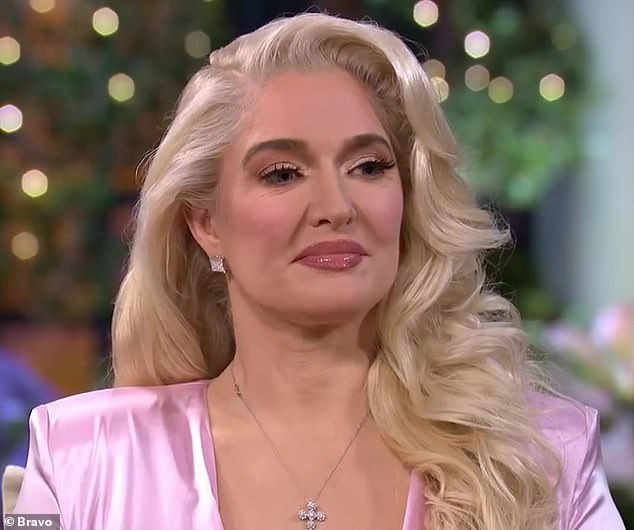 Brutal: Tonight Erika Jayne is going to get grilled by Andy Cohen on RHOBH

She announced in November last year that she and powerhouse attorney Tom had split after 21 years of marriage.

Tonight, fans are set to see Jayne get grilled by Andy Cohen in a four-part explosive reunion show for RHOBH.

In it, fans have already heard Jayne talking about Girardi from the teaser, where she appears to say: ‘You know what, I can’t control what Tom Girardi did.’

‘We’re going to put you on a skewer – and I’m going to fire up the barbecue,’ Cohen tells Jayne unceremoniously, making it clear that he’s going to ask her tough questions about the alleged scam. 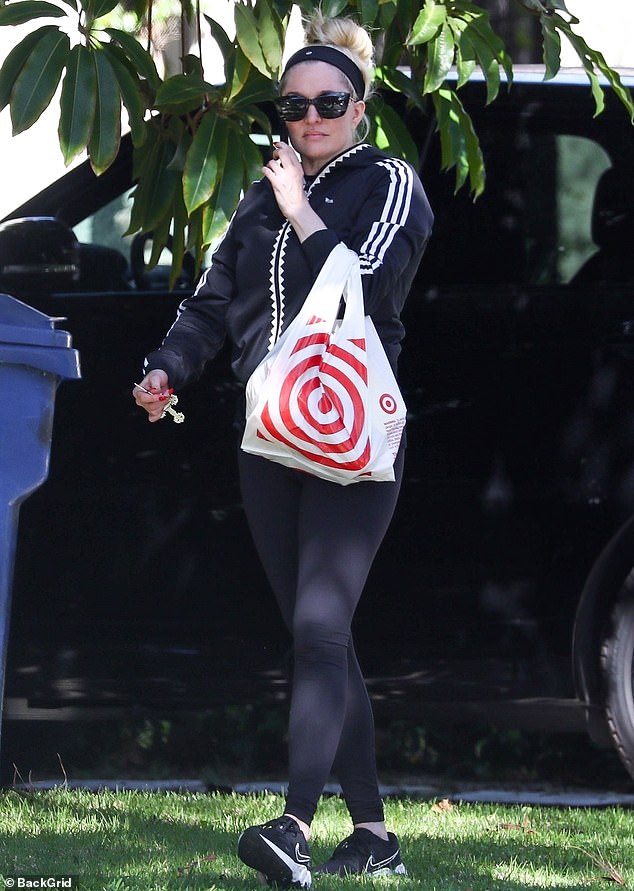 On a budget? Jayne was pictured after shopping at Target in LA on Tuesday

‘Why didn’t you leave Tom sooner?’ Cohen asks – referencing Girardi’s woes, as he is accused of embezzling millions of dollars that were meant for plane crash victims.

To that question, it appears Jayne simply fires back with: ‘Where was I going?’

While the clip is heavily edited down into a short teaser – it is clear that Cohen gets into Jayne’s financial issues as he tells her ‘I know what you make on this show.’

Cohen also appeared to fact-check her financial claims in the snippet.

The subject of money appears to get Jayne riled up as she responds, ‘hold on!’ when Cohen brings up her RHOBH salary.

Cohen then says: ‘He’s having multiple affairs, yet as we know, he put $20million and more into your account.’

At that point, Jayne is seen shaking her head as she tries to interject with a denial, saying: ‘No.’