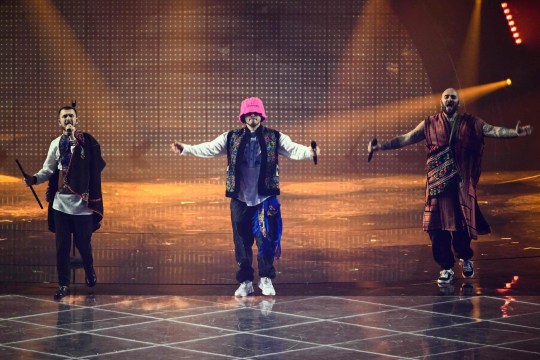 The group is one of the front runners of the competition (Picture: AFP)

According to those there, at the end, they asked the audience to please help Ukraine and Mariupol amid the ongoing Russian invasion.

Stefania was written to honour member Oleh Psiuk’s mother, who heard the song for the first time when it was performed live at the Ukrainian National Final.

Anyone else with a tear in their eyes when #Ukraine performed? #Eurovision

What an emotional moment! What a wonderful song! Let’s have the #ESC2023 in Kyiv ðð #Eurovision #Ukraine #UKR pic.twitter.com/mLQo3lbWhQ

The collective – which consists of Psiuk, multi-instrumentalist Ihor Didenchuk and dancer Vlad Kurochka, and were formed in 2019 – has a name that is even an ode to their hometown of Kalush, situated in the Ivano-Frankivsk Oblast of western Ukraine.

That and lyrics such as: ‘I‘ll always find my way home, even if all roads are destroyed,’ have taken on new meaning since the war began.

Speaking to i, Kalush Orchestra rapper Psiuk said he was is hopeful that in the event of a Ukrainian victory, ‘Eurovision next year [will be] in the free home and reconstructed and rebuilt and happy Ukraine’.

Should the invasion still be ongoing and Ukraine is unable to host, it is likely that one of the big five Eurovision countries – France, Germany, Italy, Spain and UK – will host the event. 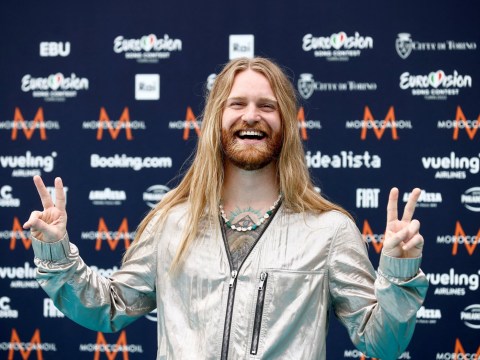 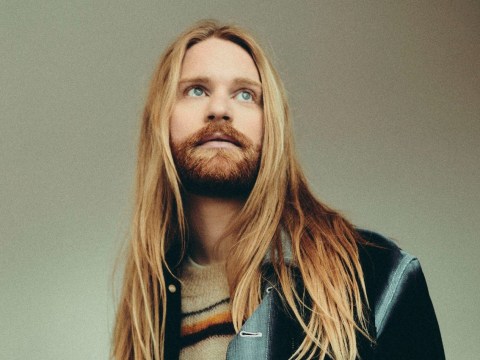 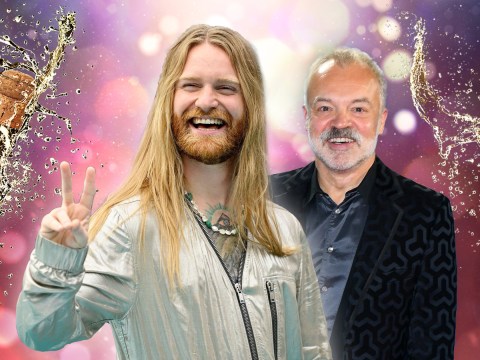 ‘Well, yes, it’s true that UK supports us a lot. The huge gratitude to the UK, of course, from all of the residents of this country to you,’ said Psiuk when asked about the UK potentially hosting the contest.

‘Lots of Ukrainians are expressing a very huge gratitude to your country as well.’

Spain has reportedly already offered their services as host of the 2023 competition should the need arise, with El Confidencial stating that broadcaster RTVE has met the European Broadcasting Union to discuss the bid.

MORE : Eurovision 2022 viewers more convinced than ever that Ben Adams is in Norway’s Subwoolfer after ‘bonkers’ and ‘genius’ performance in final