Everton manager Rafael Benitez has received a welcome boost with the return to training of forward Richarlison and centre-back Yerry Mina.

The pair have been out for a month, although Mina has played just 31 minutes of football since early October as his comeback game after a calf problem ended with a first-half substitution last month.

It signals the end of what has been a terrible run of injuries for Benitez. 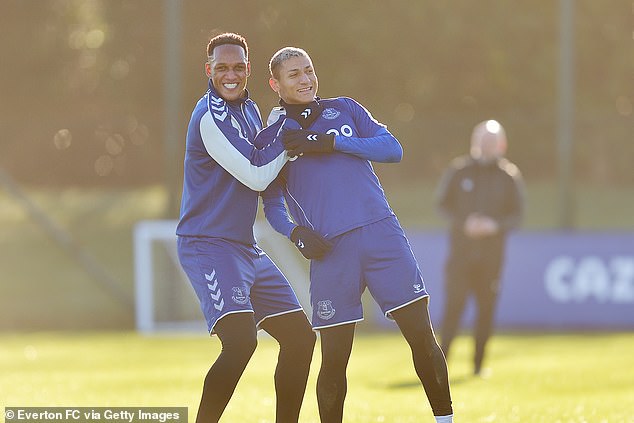 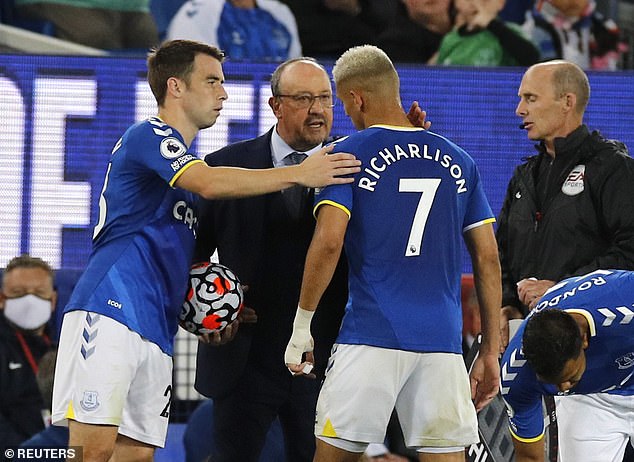 Richarlison has been ruled out for a month, and his return will be welcomed by Rafa Benitez

Both players were snapped taking part in a session today, and appeared in high spirits as they edge closer to making their long-awaited returns.

Last season’s leading scorer Dominic Calvert-Lewin, who made his first appearance in four months in their last Premier League outing but was rested for the win at Hull, midfielder Fabian Delph and Jarrad Branthwaite were also involved in the session.

The only first-team player currently sidelined is midfielder Tom Davies, who underwent an operation on a hamstring tendon injury on Tuesday. 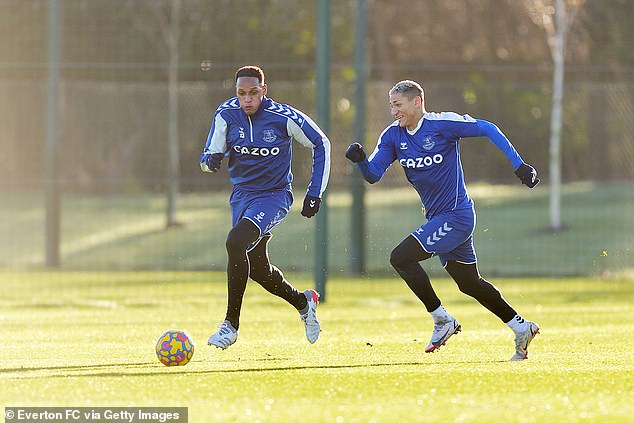 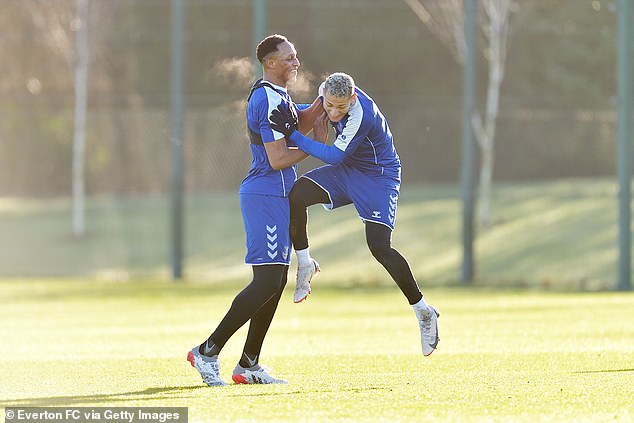 The under-pressure Benitez has previously admitted he is pinning hopes on Dominic Calvert-Lewin and new signings this month arresting the slump at Goodison Park.

‘Hopefully Dominic coming back will give a little bit more hope to everyone,’ he said.

‘And if we are bringing players back, and signing new players, it will bring this desire that everyone is expecting.’

Benitez also looks like having his squad bolstered by the arrival on loan of Aston Villa winger Anwar El Ghazi before the weekend, with out-of-favour left-back Lucas Digne set to complete a £25million permanent move in the opposite direction. 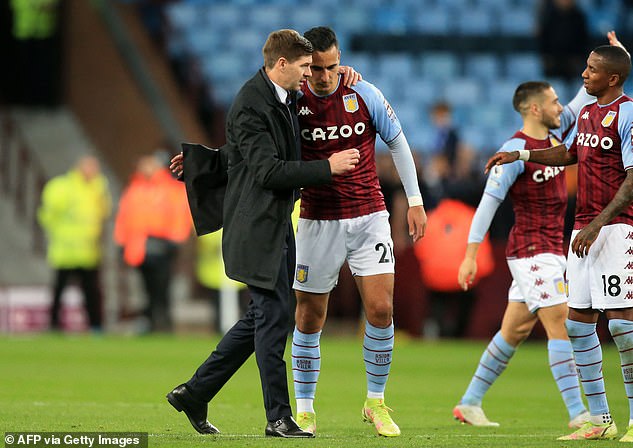 El Ghazi will be Everton’s third signing of the transfer window following the arrival of full-backs Nathan Patterson, from Rangers, and Vitaliy Mykolenko from Dynamo Kiev.

Meanwhile, Everton’s clash against Leicester was postponed for the second time in a month, after Brendan Rodgers’ side were reduced to only eight outfield players.

The Foxes began their defence of their FA Cup title with 17 members of their first-team ruled out, and this dire situation was not set to improve for their next game.

The match has already been re-arranged once after a Covid outbreak at the King Power meant Leicester did not to travel to Merseyside for the December 19 date.